Another Valuable Ancient Document Obtained Under Shady Circumstances Likely Heading from the U. S. Back to Iraq 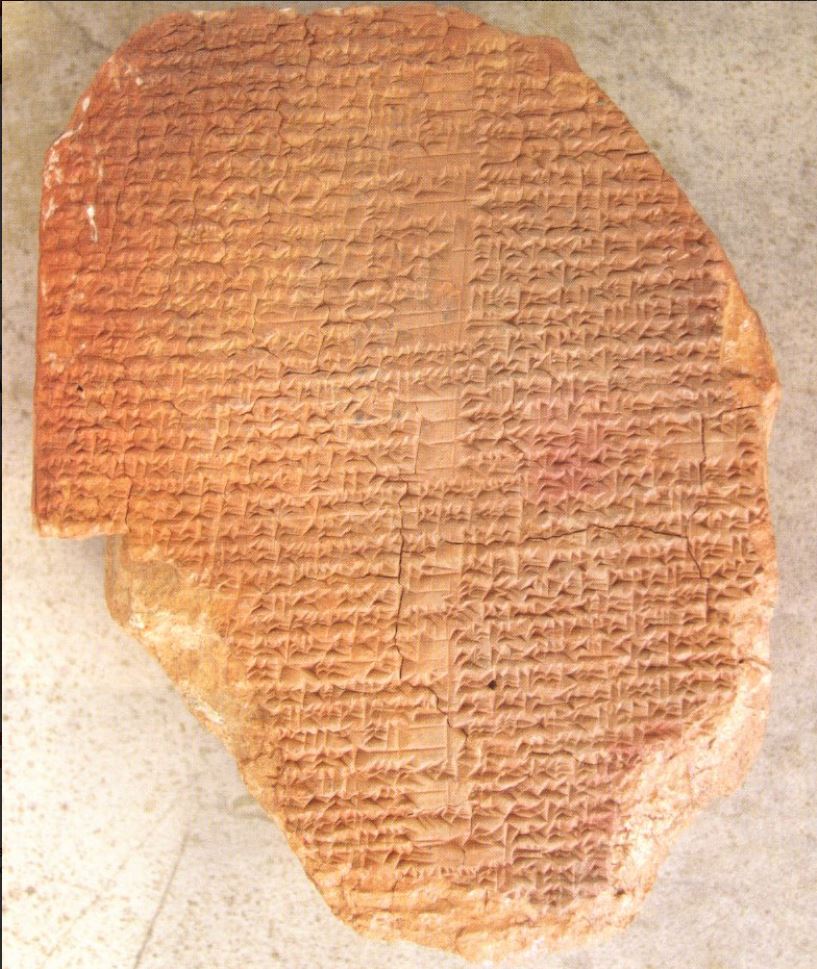 The Gilgamesh tablet as depicted in the 2007 Michael Sharpe Catalog No. 1.

On May 18, the U. S. Department of Justice filed suit to return a cuneiform tablet apparently worth well over $1 million to authorities in Iraq, from which it was looted, most likely early in this century or late in the last. It was held by the Museum of the Bible, where it was placed for display by Hobby Lobby, the large U. S. chain of arts and crafts stores. Hobby Lobby and its owners, the Green family of Oklahoma City, fund the Museum of the Bible in Washington. Hobby Lobby has provided the museum with many artifacts from biblical times, but has also had to return some of them to the countries from which they were looted. Hobby Lobby has maintained it was not aware of the illegal sources of what they purchased but clearly they were sometimes sloppy in authentication efforts, and at times that would be a generous interpretation. However, this time they claim they were misled by sources far more reputable than some shady dealer in the Middle East selling them from his living room.

The item in question is what is known as a Gilgamesh tablet. It describes a dream by an ancient king, Gilgamesh. Few of these tablets remain, this one dating back to around the 15th century B.C. It is written in the Summerian language, that of an ancient culture that existed in what is today Iraq.

In a press release, the Department of Justice describes the chain of events as follows. In 2003, a U. S. antiquities dealer traveled to London where he purchased the tablet. He imported it to America and had it cleaned and examined by an expert, which revealed that it was a Gilgamesh tablet.

In 2007, the complaint continues, the dealer sold it to a collector. At that time, the dealer provided a provenance letter that said it had been purchased in a U. S. auction in 1981. The claim does not clearly state that this dealer created the false provenance though one might infer it.

The government's complaint does not name any of the parties involved other than Hobby Lobby and the Museum of the Bible. However, in a recent Twitter message posted by the Museum of the Bible, they say, “We support the Department of Homeland Security’s efforts to return this Gilgamesh fragment to Iraq. Christie’s, the source of the item, is now the subject of a lawsuit filed by Hobby Lobby, which loaned the item to us.” The tablet was seized by law enforcement from the museum in 2019 and the government now seeks to return it to Iraq. The government said that the museum has cooperated with their investigation.

Other sources have named Michael Sharpe as the dealer. We cannot confirm this, but do know that in a 2007 catalogue, Michael Sharpe Rare and Antiquarian Books listed what appears to be this tablet for sale at a price of $450,000. The catalogue does not describe the the tablet's provenance, but does say there is a translation, authentication, and “a clear provenance” available. We could not find any recent references to Michael Sharpe's business and it appears that it must have closed many years ago.

Reportedly, the false claim that the tablet was purchased in a 1981 auction describes an auction at Butterfield & Butterfield of San Francisco. It should be noted that at the time of the Gulf War of 1990, importation of Iraqi cultural property into the U. S. was banned. This false date would have put the importation safely ahead of that date, rather than after it as was the case in 2003. The tablet was claimed to be in a lot of miscellaneous antiquarian objects. In other words, the description of this real 1981 lot at Butterfield's could conceivably have included this object, though it did not specifically list it. In 1999, Butterfield's ceased to exist as a separate auction house, sold first to eBay, then to Bonham's, which dropped the Butterfield name about ten years ago. Records which might be able to confirm or deny what objects were part of this lot do not appear to exist any longer.

CNN has reported that a spokesperson for Christie's issued a statement saying, “this filing is linked to new information that has come to light regarding an unidentified dealer's admission to government authorities that he illegally imported this item, then falsified documents over a decade ago in order to perpetrate an illegal sale and exploit the legitimate market for ancient art. Now that we are informed of this illicit activity pre-dating Christie's involvement, we are reviewing all representations made to us by prior owners and will reserve our rights in this matter. Any suggestion that Christie's had knowledge of the original fraud or illegal importation is unsubstantiated.”