A Half Million Dollar Gift to Support “Indie” Bookstores 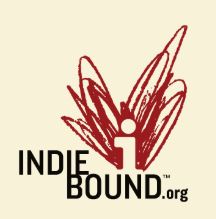 The usually small, independent bookstore has been under great pressure for decades. It goes all the way back to the 1960s when chain stores, notably B. Dalton and Waldenbooks, began spreading around the country. They opened hundreds of stores and siphoned off much of the business that once went to the locally-owned shops. These relatively small-size chain stores, often found in malls, in turn found themselves under attack in the 1980s and 1990s by the large-size chain shops, that offered atmosphere, couches, even food along with books. These were places like Barnes & Noble and Borders. The smaller shops could not compete. B. Dalton closed down in 2010, Waldenbooks a year later.

And then came Amazon. They need no introduction. They sold books more cheaply than anyone else could, and if that wasn't enough, added electronic books to their repertoire. The pressure then fell on the large store chains. Borders threw in the towel almost a decade ago, leaving Barnes & Noble the last remaining national chain. After years of losses, the publicly traded company sold itself to a hedge fund. It continues but no longer being public, its financial results are not released. Ironically, Amazon has opened a national chain of physical bookstores, but it is still small, 22 stores in 12 states and the District of Columbia.

While all of this has taken place, independent bookstores have persisted. There may not be as many as there were in their golden age, more of them may struggle than they once did. However, in reaction to their struggles, many have been “adopted” by their communities. They have become beloved fixtures, locally owned stores offering something their clients love – books – in a more personal setting than the chain bookstores, and personal beyond what Amazon could even dream of offering. Their patrons refer to them by the affectionate moniker “Indies.” Locals come out to support them when times are tough, or their landlords raise their rents beyond their capacity to pay.

With the declining fortunes of the large bookstores, Indies have been making something of a comeback. Their trade group, the American Booksellers' Association, which lost almost three-quarters of its membership from 1990-2010, saw an increase in membership in the last decade. Membership numbers for the past couple years aren't available but it must be close to 2,000. The ABA provides its members tools to help sell books, including the Indie Bound website that helps people find their local bookshop. A site called “Bookshop” also assists independent bookstores make sales locally and has a program that makes payments to such stores. Their website says they have raised over a quarter million dollars for local bookstores.

Now, “Indie” bookstores are getting another large boost. Author James Patterson has contributed $500,000, and asked others to chip in, to support independent bookstores. His specialty is writing detective thrillers and they are enormously popular. The result is his other avocation besides writing is philanthropist. He supports numerous worthy causes, including the survival of independent bookstores. Patterson is quoted by the Associated Press as explaining, “I’m concerned about the survival of independent bookstores, which are at the heart of main streets across the country. I believe that books are essential. They make us kinder, more empathetic human beings. And they have the power to take us away — even momentarily — from feeling overwhelmed, anxious, and scared.”

So, how do antiquarian booksellers fit in to this resurgent Indie movement? Good question. The overwhelming majority of antiquarian booksellers perfectly fit the mold. They are small, independent, local businesses selling books. And yet, you never hear antiquarian booksellers described as “Indie Bookstores.” The apparent difference is that Indie bookstores sell new or used books, mainly for readers. Antiquarian booksellers sell books primarily to collectors. Additionally, there has never been any large chains of antiquarian bookstores. For these or whatever reasons, antiquarian bookstores remain separate from the Indie movement. There are far fewer people singing their praises, or raising funds to protect their survival. They do have helpful organizations like the ABAA, and a loyal following that at times comes to their assistance with the likes of a GoFundMe campaign, but for the most part, they are on their own. And, the authors whose books they sell don't make large contributions to help them survive. They are dead. Dead authors tell no lies, and make no contributions. Still, their survival is essential to the continuance of the physical book, to our history, to our culture. Now, in the time of the coronavirus, they need our support more than ever. If you can't go to the shop, like you can't go to a restaurant, you can still make a purchase and have it delivered to your door. Food for the soul. You want them to still be here when these terrible times finally end.