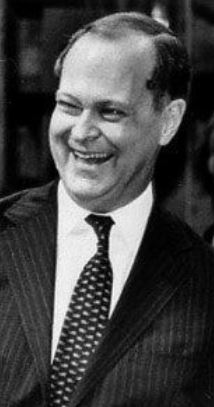 He was an obscure collector in the fields of literature, music and art, and also a major benefactor of collections at several notable institutions. Those contributions were substantial, and yet their benefactor, Frederick Koch, wished to remain in the background. Many of his gifts were given anonymously, and he never sought the limelight despite his generosity. Frederick Koch died on February 12, 2020, at the age of 86. His passing generated few headlines, despite his largesse and the fact that Mr. Koch was a billionaire.

Despite his personal reticence, Mr. Koch had a name that is one of the most controversial in American politics. He was one of the Koch brothers, a name associated with enormous funding for very conservative politics and politicians. They provided training and funding for politicians whose views were well to the right of center. For years, they played a dominant role in funding Republican politicians. In recent years their star has faded somewhat, as they did not follow the party into Trumpism, sticking with more traditional conservative views. Still, their influence remains strong, and their name became a rallying point for liberals and Democrats opposed to their views, the bête noire of politicians to the left of center.

However, while Frederick Koch was a Koch brother, he was not one of the “Koch Brothers.” Their father, Fred Koch, had four sons. Fred made a fortune in the oil and oil equipment business, leaving each of his sons with enough money to be billionaires. Two of those sons, Charles and David, succeeded Fred, who also held very far right political views, in the family business, Koch Industries. Those two were the ones who became known as the “Koch Brothers.” A third son, William, also went into business and went out on his own. He also shared conservative views, but not on the level of those of Charles and David. Frederick, however, stayed out of politics, his interests focused on the arts instead. The brothers experienced deep personal divisions, Charles and David on one side, William and Frederick on the other. They sued each other numerous times. Money doesn't always buy close relationships.

Frederick was a disappointment to his hard-driving businessman father. He was Fred's namesake and oldest son, but went in a different direction. His three brothers followed their father's footsteps, studying engineering at MIT. Frederick studied humanities at Harvard and later received a Masters in Fine Arts from Yale. Eventually, his father threw him out of the house and wrote him out of his will. However, Frederick by then was already a 14% beneficiary in the family trust which made him a billionaire. He considered being a playwright at one time, but ultimately settled into a life of collecting and philanthropy.

At Harvard's Houghton Library, there is a collection of photographs of stage and screen actors from 1920-1979, many signed. It also was a gift of Frederick Koch. Other beneficiaries include the Pierpont Morgan Library in New York and the Carnegie Museum in Pittsburgh.

Frederick's closest survivors are his two surviving brothers, William and Charles, the latter with whom he never reconciled. It is said that his large estate, which includes vast real estate holdings, will be used to fund a foundation dedicated to promoting the study of literature, history, and the arts.