The Pie is getting Larger 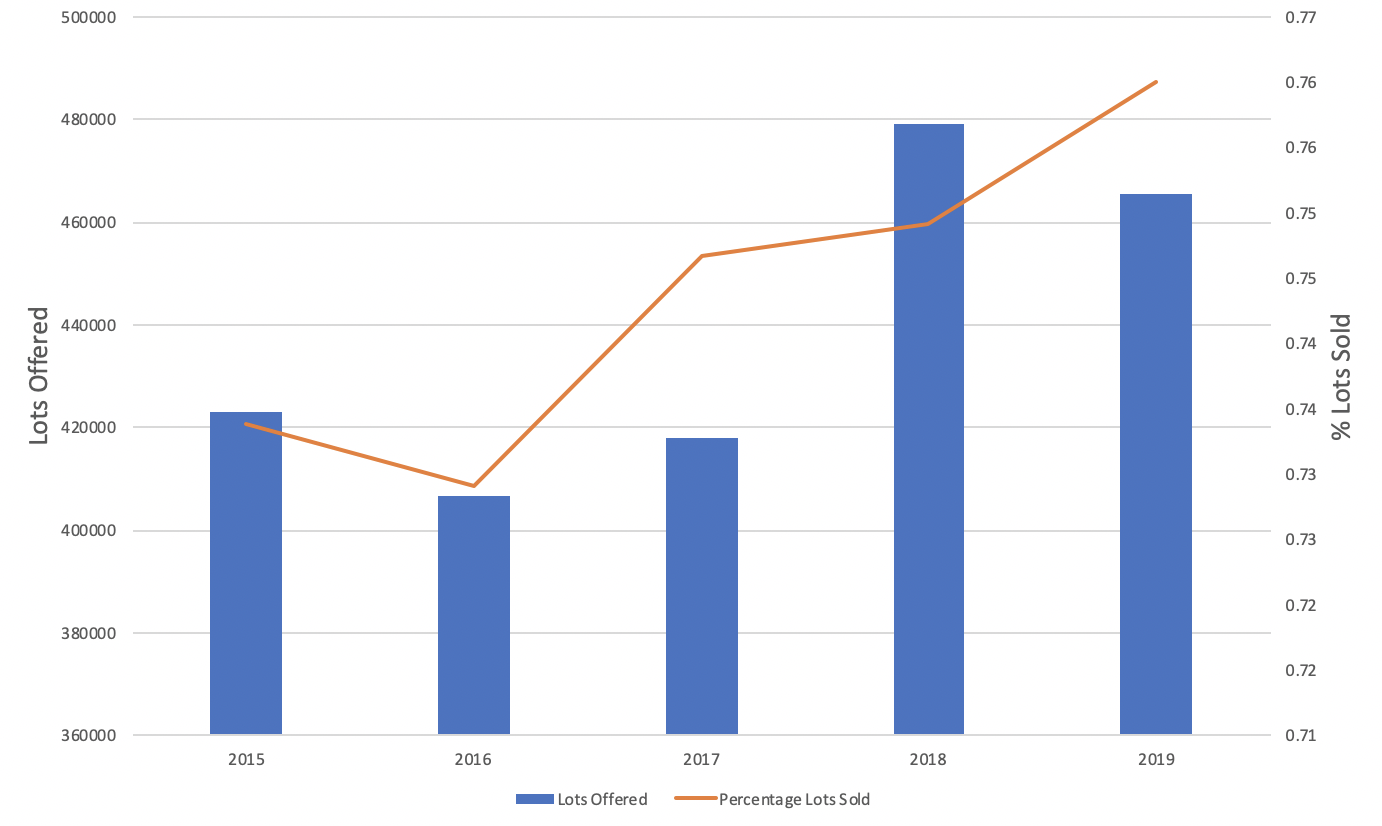 It’s difficult to be older in a world that is less certain but there is some good news!

No, you aren’t getting younger but there is evidence of an increase in the number of auction buyers in the books, manuscripts, maps and ephemera categories and it’s a helpful sign.

People whose lives revolve around old and rare books face complex issues as they age because their children rarely want to join the field or inherit the debris.  That leaves the dealer or collector to sell as best they can.  Such material falls into two categories,  the commonly available that should go to listing sites to be discounted, and the unusual and important that can be sold by dealers or go to auction where such transactions become part of our statistics.    Most sellers will be optimistic and assume their material is highly collectible but auction houses and the market have seen this movie before and will generally not be convinced.  Such material then shifts toward the progressive discounting model on the listing sites until buyers are found, an adjustment that takes time because seller hope dies slowly.

The seeds of today’s pessimism were planted years ago, when the market was thought to be monolithic.  Then we discovered it was not.  Some categories would be strong and others weak and the term employed to explain this - cyclical – a phrase that optimistically, and I think without any blanket justification, carries the seeds of recovery in it.  Today the new division is between the common and collectible and in ten years we’ll have gathered additional perspectives.

Pessimism is nothing new.  Dealers have been anxious for decades over the apparent absence of new collectors.  But there have been encouraging signs.  Auction houses have been entering the field and once in, built collectible paper into their calendars.  For them these are business decisions born of evidence they regularly see.  What’s been less certain has been whether that evidence is of sellers looking to sell, buyers looking to buy, or a combination of both.  The selling has been understandable, the buying a changing combination of dealers, institutions and collectors that to successfully absorb the rising tide of material coming out, was always going to require a significant increase in collectors.  And we are seeing this today.

What’s been changing about  the market are three negative and one positive factors;  [1] on the downside ever increasing online inventory, [2] the aging of its principal owners, and [3] their increasing difficulty finding buyers even with price cuts.  On the bright side, there is a transition, now underway, as many collectors re-focus their collecting based less on dealer inventories and more on deeper searches and theoretical availability because such approaches are yielding surprisingly good results.  And in doing this, it strengthens collectors’ commitments by creating and meeting expectations.  This is the “hey, this works” model and it works well.

This narrower, more focused approach seems to be part of the reason the market has stabilized.  It’s simply more satisfying and seems to be sufficiently appealing to compete with other collecting forms.  So, you look and then look again and bit by bit you find the unexpected, often unappreciated, frequently at very reasonable prices.

This is the new collecting.

Recently I saw a patch of blue sky for the future of such collections:  clear evidence of increasing numbers of buyers in the auction statistics we’ve been developing over the past 17 years.

As part of the Rare Book Hub / Americana Exchange database project we record auction statistics and the numbers are many, almost a blur.  But consider this.  The number of lots offered, percentage of lots sold  and the median sale price over the past 5 years, have all increased, suggesting the collectible paper market, at the auction level at least, is growing.  In real terms, in 2015, 423,000 lots were offered and this year a projected 510,000 when all the lots are counted, an increase of 18,000 lots annually [3.92%] that has also seen a rising percentage of lots selling, increasing from 73% to almost 77% over the same period.  That can’t happen without more participation and according to our sign-ups, it’s collectors that are making the difference.

* estimated when the last sales are archived

** projected when the last results are posted

So what does this mean?

At the auction level the market is growing and the purchases increasingly concentrated in the rare, unique and unusual and we believe it is collectors who are making the difference.    As they continue to learn they can carve out unique slices of the millions of items available they increasingly understand that collecting has become a search based business, something akin to an electronic game for codgers, that randomly turns up related material across the globe on various platforms and, when  they are open to it, notifies them.  And it’s a big deal.