Publishing and Bookselling Data going into the New Decade 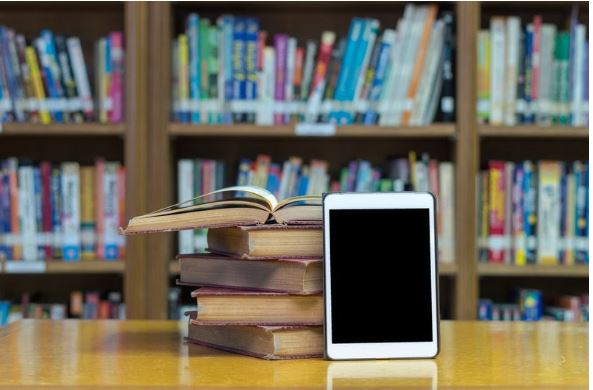 Heading into the next decade self publishing, audio books, video and independent bookstores are all showing notable increases.

Going into the new decade here is a collection of interesting data condensed from a variety of recent sources that indicates where books and bookselling may be headed and to a lesser extent how that may influence the world of antiquarian books. A list of links to the complete articles appears at the end of this piece.

The dramatic growth in self publishing was the most notable trend pointed out by multiple sources. According to a Nov. 2019 article in Marketing Christian Books, “between 2016 and 2018, the number of self-published print books increased by over 400,000 each year. The majority of these print books—1,416,384 in 2018— were published through Amazon’s Kindle Direct Publishing. Amazon allows anyone to produce a print or ebook through their service free of charge. This means that anyone who wants to publish a book now can with no entry barrier.

Given the tremendous increase in the number of titles “choice overload” is real. In fact, a recent study found that 42 percent of consumers admitted to abandoning a planned purchase altogether because there were too many choices.”

Increasingly other media continue to compete with books.

“The audiobook format is booming. According the Audiobook Publishers Association (APA), there has been double digit revenue growth in audiobooks year over year for the past seven years. U.S. audiobook sales in 2018 rose 24.5% from the previous year.

“Audiobook listening is also on the rise, as supported by data from The Infinite Dial 2019, which shows 50% of Americans age 12 and older have listened to an audiobook (that’s 144 million people). This is the first time that audiobooks’ consumer penetration has reached the 50% mark, up from 44% in 2018.”

“Reading faces stiff competition for consumer attention from other entertainment activities. According to The NPD Group nearly three out of four consumers in the U.S. reported reading a book or listening to an audiobook in the past six months. Even though there is plenty of reading going on, NPD survey respondents reported reading roughly 9 percent less this year than they did last year overall.” A clear downward trend “With the ease of watching video, many people are turning to this medium for their entertainment. In fact, Cisco predicts that 82% of all consumer web traffic will be video in 2020 and Wyzowl says that 79% of consumers currently prefer watching videos to reading about a product.”

So, while the number of books self-published has increased exponentially, the amount of time people spend reading is decreasing. This means that finding readers keeps getting more difficult.

For booksellers another uncomfortable trend is “the sharp decrease in organic traffic to websites from engine searches. Google will continue to capture the majority of their engine searches, keeping people on their own sites. The increase in voice search via smart speakers means that the number of options given for search terms will continue to decline. Comscore research estimates that in 2020, half of all internet searches will be through voice.”

So who is making money in contemporary publishing? Recent coverage by CNBC stated “Publishers of books in all formats made almost $26 billion in revenue in 2018 in the U.S., with print making up $22.6 billion and e-books taking $2.04 billion, according to the Association of American Publishers’ annual report 2019. Those figures include trade and educational books, as well as fiction.

“While digital media has disrupted other industries such as news publishing and the music business, people still love to own physical books, according to Meryl Halls, managing director of the Booksellers’ Association in the U.K.

“Genres that do well in print include nature, cookery and children’s books, while people prefer to read crime, romantic novels and thrillers via e-reader, according to Nielsen Book International.

“It’s more than a decade since Amazon launched the Kindle, and for Halls, there is also a hunger for information and a desire to escape the screen. “It’s partly the political landscape, people are looking for escape, but they are also looking for information. So, they are coming to print for a whole, quite a complex mess of reasons and I think … it’s harder to have an emotional relationship with what you’re reading if it’s on an e-reader.”

“While millennials are sometimes blamed for killing industries, it’s actually younger people who appear to be popularizing print. Sixty-three percent of physical book sales in the U.K. are to people under the age of 44, while 52% of e-book sales are to those over 45, according to Nielsen.

Even though reading may be decreasing, actual bookstores appear to be rebounding. In Oct. 2019 the web site Statista.com wrote: “The number of independent bookstores in the United States was impressively high in 2019, with 1,887 independent bookselling companies running 2,524 stores. During a recent survey in the United States, 20 percent of respondents stated that they still purchase most of their print books in store, in comparison to 22 percent who stated that they mostly buy books online. However, in 2018, bookstore sales in the United States amounted to just $10.28 billion U.S. dollars, a decrease from almost 17 billion U.S. dollars a decade earlier.”

An article by Jim Huang in Kenyon Alumni bulletin Summer 2019 asked the question ‘Do bookstores have a future?” He wrote, “To be sure, bookstores face challenges. Technology and the Internet have altered the business, more so for books than any other category of retail. Amazon has forced bookstores to up their game. Stores that were unable or unwilling to evolve have closed. Stores that are still standing must develop and exploit their strengths. More encouraging, we are seeing a wave of post-Amazon book shop openings, new businesses that are confident about the strength and value of the bookstore.”

Read the complete articles from which the information presented here was condensed at the following links:

Meanwhile in Canada - this story ran at the end of December in Toronto and summarizes the last decade the book world in Canada. It appeared too late to be excerpted in this article but hits similar points: www.thestar.com/entertainment/books/2019/12/26/how-the-decade-in-books-changed-what-and-how-we-read.html