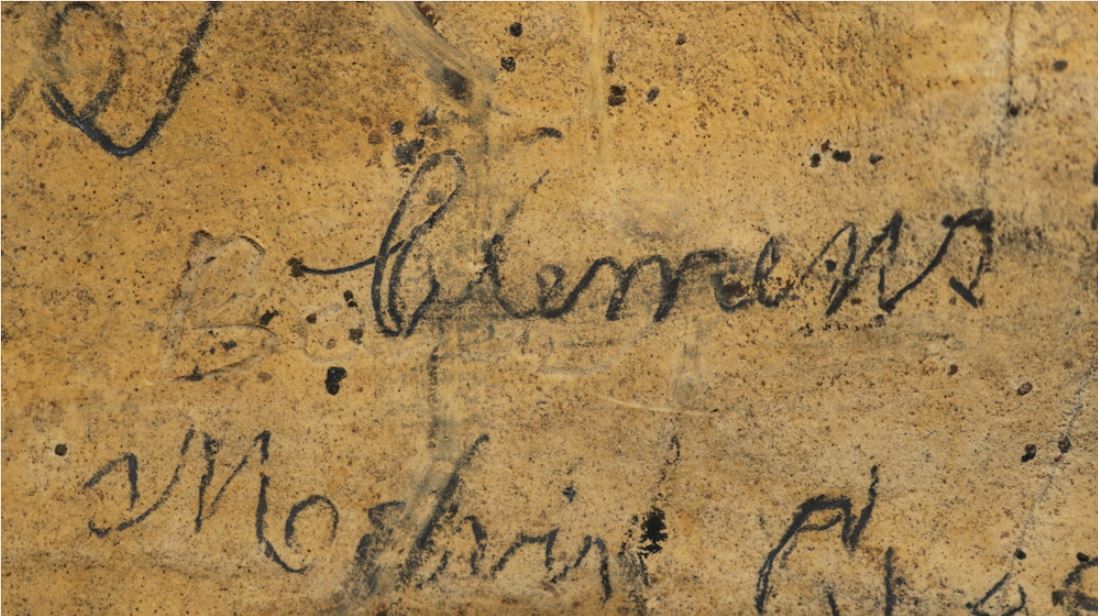 It is not too difficult to find items signed by Mark Twain. There are lots of signed books, letters, photographs, postcards, documents, even checks out there. However, a first for Twain autographs was recently discovered – a signed cave.

Of course, “Mark Twain” was just a pen name. His actual name, and the one he grew up with exclusively, was Samuel Clemens. Clemens was born in Florida, Missouri, in 1835. When he was four, his family moved to Hannibal, Missouri, along the Mississippi River. He remained there until he reached the age of 18. He was already working in a print shop by the age of 12, later becoming a typesetter at the local newspaper which was owned by his older brother, Orion. At the age of 18, he went off to New York as a printer, and after various other stops, returned to the Mississippi to work as a steamboat pilot. It was a lucrative trade, but when the Civil War broke out, traveling along the Mississippi became problematic. He went off to Nevada, where Orion now lived, worked in a newspaper, adopted the pen name “Mark Twain,” and then moved to California where he achieved his great fame. It lives on now unabated over a century after he died.

Returning to his youth, there is a long, winding cave about a mile outside of Hannibal. It was known then as McDowell's Cave, after the physician and owner, Joseph McDowell. It would become “McDougal's Cave” in The Adventures of Tom Sawyer where it plays a prominent role. Young Clemens explored the cave frequently during his youth. Like Tom Sawyer, he was an adventurous young man. In the 1880s, after Clemens had achieved great fame as “Mark Twain,” the cave was renamed “Mark Twain Cave.”

One of the features of this large cave, with many passageways breaking off and leading to somewhere in the darkness, is that many who visited it signed their names on the walls. Though privately owned, it officially has been open to visitors since 1886. It has been owned by the same family since 1923. In Clemens' time, and many years after, it required a candle or lantern to explore. In 1939, electric lights were installed, but they still cover only a portion of the miles of passageways. The result is while some signatures are easy to find, others remain unnoticed or a mystery. The location of Jesse James' signature and that of Norman Rockwell have been known for years. While known that Clemens had signed its walls too, the location of his signature, written over a century and a half ago, remained unknown, despite years of searching.

In 1979, Mark Twain Cave was named a national landmark, and at that point, visitors ceased to be allowed to sign the cave walls anymore. However, by then, the sheer volume of signatures made finding any one a battle, especially those in unlighted areas. According to a posting by Linda Coleberd of the owning family on the Mark Twain Cave website, “We have been looking for a Clemens signature for decades, but with three miles of passageways, that means there are six miles of walls to examine. And with 250,000 signatures on the walls, looking for ‘Clemens’ has been like the proverbial needle in the haystack.”

Then on July 26, during a tour with scholars in Hannibal for a conference, Ms. Coleberd and friend and fellow autograph seeker Cindy Lovell went off on another search. This time, they found it. There it was – “Clemens.”

No announcement was made at the time. They wanted to be sure it actually was that of Sam Clemens. It might also have been that of one of his brothers, Orion or Henry. Henry was quickly eliminated, but it took a more thorough study to remove Orion from the possibilities too. However, the writing in the cave is consistent with that of Sam Clemens in 1853. Since that is the year Clemens moved away from Hannibal, it may have been written a bit earlier than that year. Further examination with high resolution photography revealed the name “Sam” had at first been carved at the location.

In her posting, Ms. Lovell said, “Linda and I have been looking for so long, it still seems unbelievable. My single hope has been that someone would find it during my lifetime. Sam knew the cave so well and described it in exact detail. We just knew it had to be in here somewhere.”

This find does not mean searching the cave has been completed. There remains another signature long sought that is still yet to be found. Somewhere in there is believed to be that of Tom Blankenship. Tom Blankenship was a friend of Clemens, a few years older, whose parents provided few limits or control on his behavior. As a result, Blankenship lived as he pleased, though he had nothing and often slept outside in the rain. Despite the privations, Blankenship loved his freedom and was a happy young man. He was the inspiration for Huckleberry Finn.