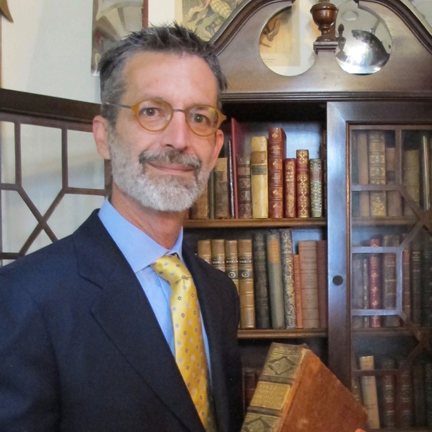 Kevin Kelly, an ABAA dealer and resident of New Paltz, New York is someone I’ve known for many years.  I grew up in New Paltz and was first introduced to book collecting there by Bill Heidgerd in the 1950’s.  In time, having moved away, I became a serious book collector.   Kevin fifteen years ago was a rare book dealer in New York City and I saw him at shows from time to time.  Then I learned he was moving upstate, to New Paltz, after which we have regularly exchanged notes on our different perceptions of the place.

Recently learning that he’s a candidate for Justice of the Peace in New Paltz I offered to write a letter to the editor on his behalf to the New Paltz Times, a very good country weekly, that my family competed with under a series of changing names for more than fifty years.  Today the Times continues while the five newspapers my family published were dispersed years ago.

So, I don’t have a stake in the game but I do have some perspective.

Most often, when book dealers and the law are mentioned in the same sentence, it’s because a bookdealer has been sentenced but, truth be told, most dealers are hardworking, fair, and generous.  They are also invariably intelligent.

Kevin falls into the hardworking, fair, generous and intelligent category and he’s now looking at dividing his time between major book fairs and presiding on the bench in New Paltz.  If elected, he’ll do a very good job.

If you would like to support his candidacy with your own letter it should be emailed to the New Paltz Times at newpaltztimes@ulsterpublishing.com.

To The New Paltz Times

Letter to the Editor

I’m writing on behalf of Kevin Kelly, candidate for Town Justice of New Paltz and who is on the ballot in November on the Green Party ticket.  I grew up in New Paltz some years ago, now live in San Francisco, and occasionally return to New Paltz to caucus with family and friends to remember the years growing up while marveling that the small 1950’s town we knew then has grown into a complex intersection of history and future.  If I’m part of its past, Kevin is part of its future.

With his aspirations he brings a keen mind that has been sharpened by decades in the rare book trade yet manages to be young enough to have a 25 year career in public service ahead.  While our times in New Paltz did not intersect, I have come to know Kevin through our connections to the book trade.  To be a successful Justice requires intelligence and a firm hand.  He’ll have both but, more than any other characteristic, he’ll bring balance.  We all in time stand before judges.  What you want is fairness and my experience suggests that in voting for him you are voting for a competent and impartial Judge.