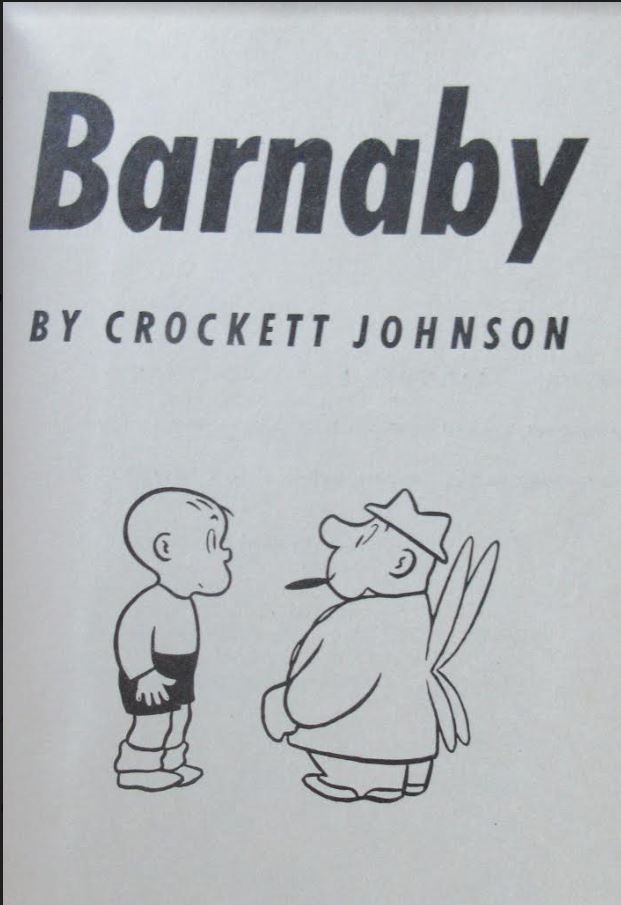 BARNABY and his fairy-godfather Mr. O’Malley, published in 1943, is one of eight vintage American humor titles recommended to keep you laughing through these grim times.

Suicide, depression, anxiety, tornadoes, homelessness, hurricanes, tidal waves, impeachment, climate change, corruption and an unending litany of bad news 24/7. Yes my fellow book people, it’s scary and dangerous out there, with seemingly no end in sight. Though there are no fast or easy solutions to our increasingly grim national landscape, I guarantee it will help (if only for a little while) to lighten up. To that end, here are eight titles - short and long, but mostly vintage, that have made me laugh, not once but many times. Though in places some of the language has become politically incorrect, the humor is still as refreshing as ever.

If you were ever force fed James Fenimore Cooper in high school you’ll want to read this satirical essay by Mark Twain. The great American humorist pokes fun at Cooper’s prose style, incongruities and pretensions. Twain writes: The rules of discourse require “that when a personage talks like an illustrated, gilt-edged, tree-calf, hand-tooled, seven- dollar Friendship's Offering in the beginning of a paragraph, he shall not talk like a minstrel in the end of it. But this rule is flung down and danced upon in the "Deerslayer" tale.” Matters not if you’ve read Cooper or ever plan to read him, Twain will make you laugh.

Full text online twain.lib.virginia.edu/projects/rissetto/offense.html but better to read it in hard copy.

Like most of the books on this list I first read Pigs is Pigs when my Dad handed me a little hard back copy - and though it looked old and dated, it has remained as fresh and funny.

This is the story of a freight agent and a customer who argue over whether guinea pigs are barnyard animals or domestic pets and which freight rate they should pay.

Here’s the agent expounding his position to the customer: “Pigs is pigs,” he declared firmly. ‘Guinea-pigs, or Irish pigs is all the same to the Interurban Express Company an' to Mike Flannery. Th' nationality of the pig creates no differentiality in the rate, Misther Morehouse! 'Twould be the same was they Dutch pigs or Rooshun pigs. Mike Flannery,” he added, “is here to tind to the expriss business and not to hould conversation wid pigs in sivinteen languages fer to discover be they Chinese or Tipperary by birth an' nativity.”

Both sides hold firm to their position and as time passes the guinea pig population at the freight station explodes. When at last the higher ups reach a decision and it’s time to deliver the animals they have multiplied mightily:

“Wan wagonload more an, I'll be quit of thim, an' niver will ye catch Flannery wid no more foreign pigs on his hands. No, sur! They near was the death o' me. Nixt toime I'll know that pigs of whaiver nationality is domistic pets—an' go at the lowest rate.”

In this collection of short stories about a NYC night school class for immigrants we meet teacher Parkhill and his brilliant, devious and megalomanic student H*Y*M*A*N K*A*P*L*A*N. Kaplan, whose native tongue appears to be Yiddish, has his own unique ideas of how to speak read and write English.

As Parkhill describes him: “Mr. Kaplan’s English showed no improvement during the next hard weeks. The originality of his spelling and pronunciation, however flourished...a man to whom “Katz” is the plural of “cat” soon soars into higher and more ambitious endeavor. As a one paragraph “Exercise in Composition,” Mr. Kaplan submitted: ‘“When people is meating on the boulvard, on going away one is saying, “I am glad I mat you,”’and the other is giving answer, “Mutual.”

The accents may have changed but the misunderstandings and rivalries among transplants are still hilarious. There are lots of inexpensive copies around in both hard cover and paperback. The author wrote a second volume, The Return of H*Y*M*A*N   K*A*P*L*A*N, but it’s not as good.

Ludwig Bemelmans is best known for his Madeline books; but the one I like best is Hotel Splendide. It’s a thinly disguised series of personal memoirs from Bemelmans’ years behind the scenes at the luxury Ritz Hotel in NYC. These are gentle and uniformly funny observations on the comings and goings of the high and mighty from the vantage point of the waiters, and kitchen staff. My favorite story is titled Night in Granada, about a rich and difficult patron who orders a huge cake to be delivered to her via gondola at a sumptuous party, and what happens when the cake falls into the lagoon.

What, you never heard of Barnaby or his fairy-godfather, Mr. O’Malley? You are definitely missing out on one of the more elegant and convincingly funny comic strips of the mid-20th century. Mr. O’Malley is short, hatted, paunchy and winged. He flies and smokes cigars. A member of the Little Mens Marching & Chowder Society he frequently pauses to exclaim “Cushlamochree!” Barnaby plays straight man to O’Malley, a tongue-in-cheek top banana with a penchant for showing up at improbable times. Each appearance wreaks havoc in the life of young boy and his unbelieving parents, who dismiss the winged one as an “imaginary friend.” For a taste of Crockett Johnson online try ”Notes on the Origins of Barnaby” as it appeared in Comics Journal in April 2013. www.tcj.com/crockett-johnson-and-the-invention-of-barnaby/

This is a fat funny anthology of vintage humor; inside you’ll find Cooper’s Indians and parts of Hyman Kaplan, along with dozens of other selections from the late 19th and first half of the 20th century. Both editors were long-time contributors of The New Yorker, and the collection is sometimes termed as "the New Yorker school of American Humor." Though some of the selections have dated, most have not. There are hundreds of copies to pick from offered online in both hardback and paperback, some for as little as $1. A great book for browsing and rediscovering American humorists of an earlier era.

My Dad was friends with author Lederer from their days in the Philippines, and I can’t remember a time this book wasn’t in our house or in my own personal library. These are humorous stories about life in the US Navy, all of them sprinkled with funny bits and classic USN personalities from the overbearing captain to the zealous draftee who wants to go to Annapolis. Lederer’s sequel, Ensign O’Toole and Me, is entertaining but not quite as good. Plenty of inexpensive copies offered as paperbacks.

Out here in the Aloha State Frank De Lima is still cracking us up. Most of what’s in this joke book would be considered politically incorrect, even the subtitle, “Having fun with Portagees, Pakes, Buddha Heads, Buk Buks, Blallahs, Soles, Yoos, Haoles, Tidas, Pit bulls and other Hawaiian minorities” probably wouldn’t make it past the 21st century copy editor. Not withstanding such tender sensibilities Frank De Lima is a funny man who has been making the people of Hawaii laugh for more than 30 years. Here’s a sample: “Did you hear about the man who was half Italian and half Portagee? He made himself an offer he couldn’t understand.” Lot of copies listed on Amazon, and plenty of Youtube videos. Something to offend every ethnicity.