Now Available - A House with a Library for 4,000 Books 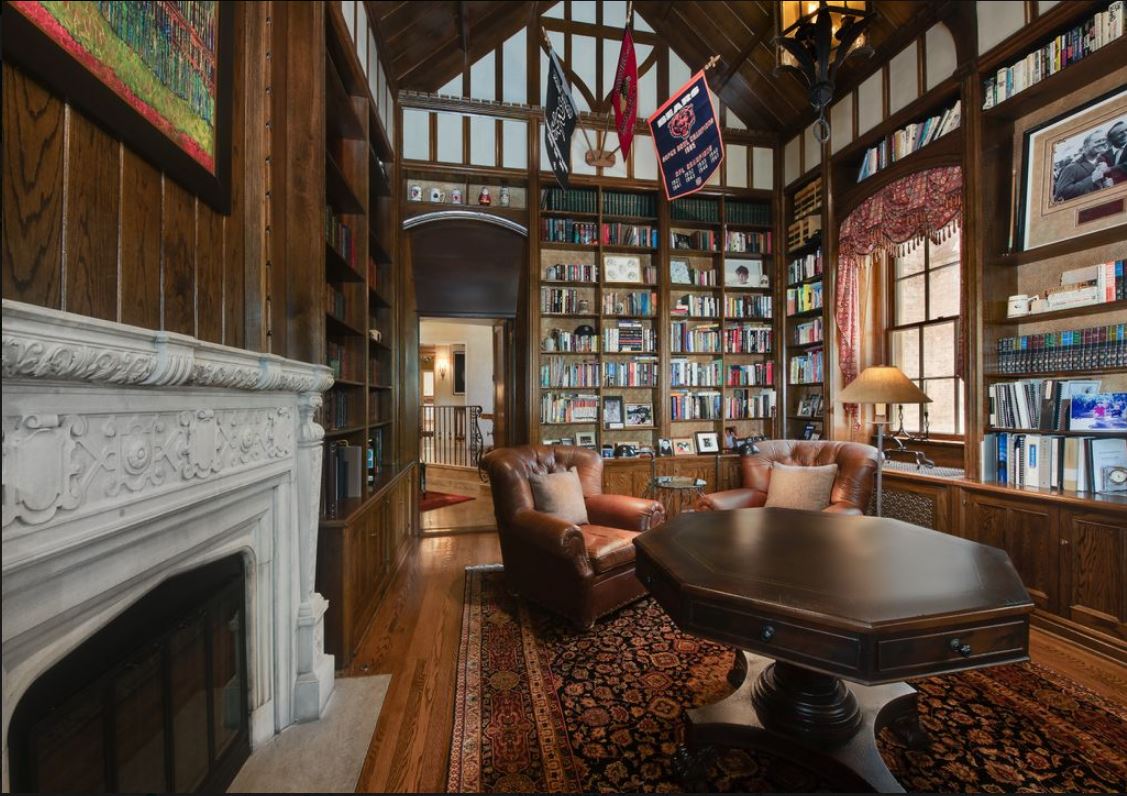 If you are looking for a house designed to house your serious book collection, one recently came on the market. It contains a library meant to hold 4,000 volumes, and it is a library worthy of 4,000 serious books, not paperback romances. In fact, the architect who designed it, Burnham Hoyt, also designed the famed Red Rocks Amphitheater in Denver and the interior of the Riverside Church in New York City. The latter was commissioned by John D. Rockefeller, so we can assume Hoyt was designing for those of the most exquisite of tastes (and fortunes).

This home is also located in Denver and, admittedly, is a bit pricey. Then again, a great book collection, unlike this house, is priceless. Some have described the price as $6 million, but that isn't quite accurate. Evidently recognizing some might find that price intimidating, the owner has set it at a more modest $5,995,000.

The house contains 20 rooms, including 6 bedrooms, plus 9 bathrooms, and is approximately 10,612 square feet in size. It sits on a 17,400 sq. ft. corner lot in an exclusive section of Denver near downtown. Situated in Denver's Country Club Historic District, it is known locally as the "Corner Chateau," for its corner location and styling. There are fine restaurants and shopping nearby, and it is within walking distance of the Cherry Creek area. But enough about the trivial aspects. What matters is the library. You will like it, with its wood-paneling, high ceilings, and massive fireplace. Of course, it's the many built-in wooden bookshelves that make it clear that this is a library.

The mansion was built in the 1920s for Charles Sewell Thomas. Thomas was a member of a prominent Denver family. His father, Charles Spalding Thomas, was born in Georgia before there was any such place as Colorado. He came to Denver in 1871 after earning a law degree. He would do well as an attorney representing mining companies. It would lead to an active career in politics, serving as Governor at the turn of the century, and after several failed attempts to make it to Washington, was elected Senator in 1912 at the age of 63. For what it's worth, he was the last Confederate veteran to serve in Congress.

His son, Charles Sewell Thomas, would attend mining school as a young man, but eventually became a contracting engineer and consultant. He formed several companies with a couple of partners, where he was involved in projects in St. Louis, San Antonio and a shipyard in Jacksonville. Based on this house, and his being referred to as a "socialite," we can say he did quite well financially.

If you purchase this house, you will find it comes with a personal memento of Thomas and his hobby of book collecting. On the top of the house's tower is a weather vane depicting Thomas reading a book by candlelight. It was a gift from architect Hoyt.

The house is located at 380 Gilpin Street. Presuming that it is still available, and houses in this price range tend to need some time to sell, it is being offered by Kelli Barton of real estate firm Coldwell Banker Devonshire. Pack your bags and books.