In the Collecting Jungle, Beware of the Cheetah! 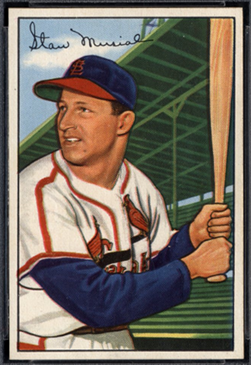 Just when you think you have heard it all it turns out the FBI has uncovered evidence that some baseball cards have been removed from their protective plastic cases, dolled up, and resubmitted to a grading agency, that found these doctored cards to be better than previously thought.

So what’s the difference?  Sometimes more than $20,000.  In 2017 an imperfect example of a 1952 Stan Musial card sold at auction for $2,800.  Seven months later the same card, with its imperfection removed, roared back into the rooms with a fresh certificate and brought $28,100.

Trading cards are a billion dollar field and collectors and dealers rely on third-party authenticators to accurately identify each collectable card.  Such authentication is the guarantee collectors look for to eliminate risk of fraud so news of such an investigation will undermine confidence at least short term.

If this news leaves you queasy you might try to collect FBI cards.  Yes, they are out there and no, so far there are no reports of forgeries, fakes, or improperly improved versions!  As for the Dick Tracy cards, the jury is out.

The good news is that some fakes are easier to identify today because they can be researched online.  Unfortunately, by the time the collector understands this, it’s often too late to do anything about it.

The “case of the doctored Musial card” which is the card that magically lost its spot, turns out to be one of some three hundred such cases the Federal Bureau of Investigation is looking into after two online collectors identified and documented examples that were modified.  Altogether, four collectors have been investigating these allegations by “card doctors” and they estimate the examples they found so far to have sold for $1.4 million.

And can similar things happen with rare books, manuscripts, maps and ephemera?  Of course.  When, with a little erasing, an item cleans up, you can expect to see erasers in play.  It’s logical and it’s human nature.

Like everything else in life, nothing is an easy as it looks; both for honest and dishonest.