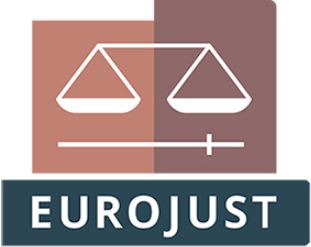 The most baffling major book theft in years has finally been solved, according to authorities in three countries. On the night of January 29-30, 2017, three thieves climbed onto a warehouse roof near London's Heathrow Airport. Their intention was to steal books held by an Italian bookseller being shipped to the annual California Antiquarian Book Fair in Oakland a few days later.

It was a sophisticated operation to say the least. They cut open a skylight and climbed down ropes forty feet to the floor below. By entering in this unusual manner, they managed to evade the burglar alarm system's detectors. However, it did not evade the security cameras, so the theft was captured on video, though the culprits remained unknown.

They knew exactly what they wanted. They went to four specific containers which they pried open. They then checked the books inside against a list, taking only those books on their list. The others were set aside. They then placed the books they wanted in boxes which were lifted to the roof by the ropes. From there, the books were lowered to a waiting van and the thieves made their getaway. For the next couple of years, no one knew who these thieves were, though the thieves obviously knew exactly where to look, and precisely what they wanted. If not an inside job, they clearly possessed inside information, but their identities were a mystery.

While the books were held by an Italian bookseller, he was bringing volumes owned by some other European dealers as well. What was taken was of substantial value. There were 260 books the thieves considered worth stealing. Estimates place their value around $2.5 million. The most valuable individual book is a second edition of Nicolaus Copernicus' De Revolutionibus Orbium Coelestium, published in 1566, estimated at $270,000. Other books taken included early editions by Galileo, Newton, and Dante.

The arrests show just how complex and sophisticated the operation was. Fifteen people were arrested in two countries. Nine were in England, six in Romania. Romania was the destination of the books, their being spirited out of England after the theft. The operation to identify the thieves was equally complicated. It involved police functions in the UK, Romania, and Italy, along with two European organizations designed to deal with crimes crossing European borders, Europol and Eurojust.

While only a limited amount of information has been released by authorities so far, they were described by Eurojust as "a highly sophisticated international organised crime group, known to the authorities for committing a large number of burglaries throughout Europe." Forty-five searches and several hearings were held before several simultaneous operations were conducted leading to the arrest of the 15 accused individuals. They further described the suspects as "of Romanian nationality," though many were located in England. Several of the arrest warrants served in Romania were issued by authorities in the UK. Eurojust reported there having been three coordination meetings held at Eurojust headquarters in the Hague and four operational meetings held at Europol, where authorities exchanged evidence and information and coordinated their strategy. They said the actions leading to the arrests were conducted by the Romanian Directorate for Investigating Organized Crime and Terrorism, the Romanian National Police, the UK Metropolitan Police Service Specialist Crime South, and the Italian Carabinieri Special Unit for the Protection of Cultural Heritage.

London's Metropolitan Police (Scotland Yard) added a bit more information. They said that 13 warrants were issued in England, 12 in London, one in Northampton, leading to the nine arrests in the UK. They were charged with conspiracy to commit burglary and POCA offenses. POCA stands for Britain's Proceeds Of Crime Act, which provides for the confiscation of the benefits of crime.

The Metropolitan Police did identify two of the suspects, charged with "conspiracy to burgle and remove criminal property from the UK." They are Marian Albu, age 40, of Harrow, and Paul Popeanu, 34, of Rossgate. The others have been held in custody.