Now You Can Own a First Edition Harry Potter, a Honus Wagner Baseball Card 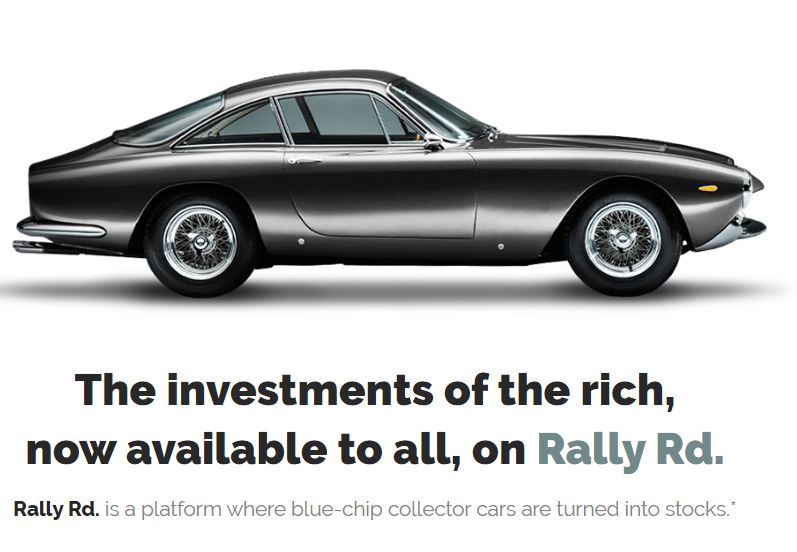 Rare books will soon be joining automobiles as "investments of the rich, now available to all."

Would you like to own a first edition of Harry Potter and the Philosopher's Stone? How about the $3 million 1909 Honus Wagner Baseball card? Of course you would, but you can't. These are only available to the very or super rich. Ordinary mortals don't own these, certainly not the Honus Wagner card. Well, now you have a chance. Soon you will be able to buy these at a very affordable cost.

So, what's the catch? Well, you don't exactly get to own all of the book or card yourself. You get a share. These can represent as low as a .00004 interest in the Honus Wagner card. Expressed another way, that is ownership of 1/25,000th of the card. Don't plan on displaying your share of it on the wall. No one will see it.

Of course, this is meant to be an investment vehicle. The idea is to enable ordinary folks to participate in the investment in expensive luxury goods too costly for them to buy. The company offering these investments is Rally Rd. They must know something about alternative investment "vehicles" as that is, literally, what they have offered so far. Opening for business just last year, they began by selling shares in collectible automobiles. This is the only way I will ever own a Ferrari. Then again, I'd rather own a Chevy I can actually drive, so I don't feel too bad about this.

I don't fully understand the economics of this investment, other than, hopefully, these items will appreciate more than typical investments over the years. There is some hope that they will generate income through "membership experience programs." These seem to be places where they display their cars, now maybe books, where members can see them, presumably for a fee. Maybe they are displayed to others as well. Still, if they earn $10,000 a year from displaying "my" Honus Wagner card, my .00004 share will earn me 40 cents. This is before various management fees and expenses such as storage and insurance. It feels like the income/expense equation is as likely to be negative as positive.

It doesn't sound that easy to get out if I need my money back. There is no obvious marketplace and the management company does not promise to buy back shares. You can sell them on the open market, but where? They don't trade on an exchange. eBay? Craig's List? Perhaps, they plan to sell the assets someday, presumably after their value has greatly appreciated. That sounds like the best hope, but there is no guarantee this will happen, or how much of your profits may be devoured by fees and commissions along the way.

In their original prospectus, when still syndicating only automobiles, they said, "We believe other companies crowdfunding collectible automobiles or proposing to run a platform for crowdfunding of interests in collectible automobiles is very limited to date." It is, though this does remind me somewhat of another such investment opportunity - Aristophil. Perhaps it is unfair to make this comparison. The Aristophil collection consisted of hundreds of millions of dollars of manuscripts in which the manager sold shares. He clearly overpaid for many of the manuscripts, but hoped that buying up so much of the available material would push prices up. It didn't turn out that way.

However, Aristophil was different in that it made promises Rally Rd. does not. They promised to pay investors 8% annual interest, and repay principal on demand. To keep it afloat when investors started demanding their money, Aristophil became a pyramid scheme, taking money from new investors to pay back old ones. Rally Rd. makes no such commitments, so risk of bankruptcy, the inevitable end of Aristophil, is slim. Still, the Rally Rd. investments require substantial appreciation in value to make sense. If they pay too much, or the purchase price plus fees and commissions is more than the asset is worth, you can lose money on the deal. Of course, that is also true of stocks, bonds, gold, and real estate.

If you believe that luxury goods are a better investment than the aforementioned assets, and you are willing to take the risk investing in shares without an obvious liquid market, you may want to take a chance. I wouldn't, but then again, I failed to buy stock in Amazon, Apple, Google, or Facebook earlier in this century. What do I know? If I were that smart, I'd own a Ferrari, maybe a Honus Wagner. Make your own decisions, but don't say I didn't warn you.