Theodore De Bry & the Bodmer Project! A Complete digitized tour of the World... 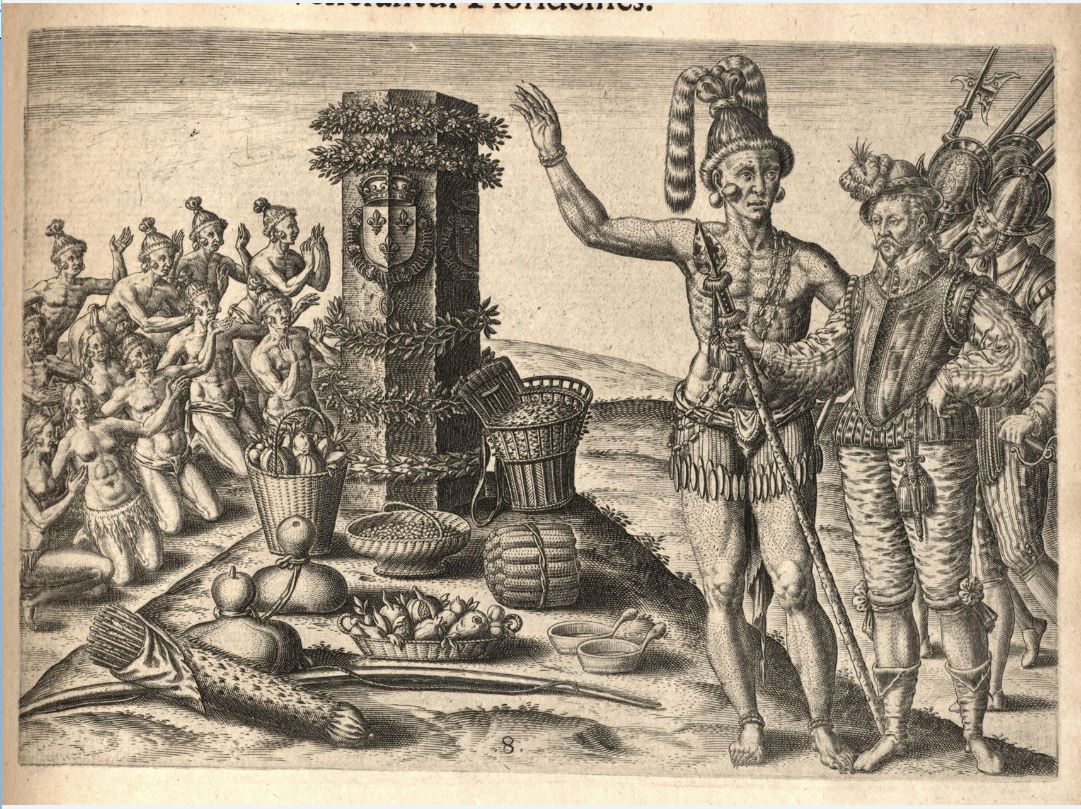 For the first time ever, a complete collection of Theodore de Bry’s Voyages—‘Great’ and ‘Small’—is available online! These 29 volumes published between 1590 and 1634 are, with their extraordinary illustrations, a landmark in the field of travel books! They’ve just been digitized by the Bodmer Foundation*, in Switzerland.

Theodore de Bry (1528-1598) was a Protestant drawer, printer and engraver from Frankfort, Germany. Nowadays, his name is associated with one of the most outstanding collections of voyages ever. It is divided into the “Grands Voyages" (America) and the “Petits Voyages” (Africa and Asia). It took him more than 40 years to put it together. “Actually, Theodore is only responsible for the first six volumes of the Grands Voyages,” Matthieu Bernhardt says. Bernhardt is a Professor at the University of Geneva, Switzerland, and he’s been piloting this project initiated by the Bodmer Foundation. “When Theodore died, his two sons Jean Theodore and Jean Israel—and after them, their sons-in-law—completed the project. These books were very expensive and reserved to a happy few.” They are even more expensive today—and very rare, especially the complete sets. So far, the Library of Congress, in Washington, offered the most complete digitized copy in the world—“but they are missing 3 or 4 volumes,” Bernhardt underlines. “Ours, which is the Latin edition and not the German one, is complete.” It is, nonetheless, a recomposed set with mismatched bindings.

The Bodmer Foundation wishes to touch as wide an audience as possible, and the website dedicated to this project was put together by a professional designer. The opening page is very exciting as several vignettes are placed over a map of the New World—taken from the collection. When you click on them, you are granted access to the scanned pages of the books. Actually, these are more photographs than scans—the colour and defects of the physical books are faithfully rendered; only the smell of paper is missing. Unfortunately, to leaf through a physical De Bry remains a privilege granted to a “happy few”. Matthieu Bernhardt himself had to wait for this project to become one. He laughs: “It was a moving first time, indeed.”

Vespucci, Herrera, Gomara, Benzoni... The works of these authors are classics. Yet, they were already available when De Bry compiled them. “The only original text of the collection is the relation of Johan Verken’s travel to the East Indies, in the Petits Voyages,” Bernhardt says. In fact, the true interest of this collection lies not exactly in the texts—but in the engravings. I do not know how ‘wide’ the Latin-speaking audience is for such a project—but it doesn’t really matter. When you go through these documents, you’re simply tracking down the illustrations, like a kid with his first book. There are more than 600 copper plates, including portraits, maps and historical scenes—they were, at the time, of unchallenged quality. “They are fascinating. First because they are copper plates, very clean-cut; then because they almost depict the whole known world of the 16th century!” Bernhardt studied them thoroughly. “When De Bry first decided to publish Benzoni’s relation of the New World, he had no illustration. Thus, he created 60 plates following Benzoni’s text. In fact, out of the 600 plates of the full collection, half were creations. The rest were updates from already existing illustrations—most of the time raw woodcuts. It’s interesting to note that the quality of the engravings dropped after Theodore’s death—probably because the project grew too big too fast.”

These illustrations shaped the vision that Europeans had of the rest of the world. They are particularly striking—especially the dreadful scenes of massacre of Native Americans. “These plates are controverted! De Bry clearly insists on the massacres committed by the Catholics while minimizing those committed by the Protestants, in Florida or Virginia for instance.” At the end of the 16th century, images already meant power! And De Bry was a powerful engraver. In 2019, as true scenes of violence are becoming unfortunately too common, the reading of Las Casas’ relation of the “destruction of the Indies by the Spaniards” remains a traumatizing experience—partly because of the breath-taking 400-year old plates of Theodore de Bry! When a Native-American—whose nose, ears, lips and hands, have just been cut off by a laughing Spaniard—runs away from his tyrant, his cry of pain and despair pierces the paper to reach our ears! And when another Spaniard is about to crush a Native American baby against the rock, we look away in fear! Curiously, Las Casas’ work is not included in the Great Voyages, although De Bry published and illustrated it separately. “This is indeed the great mystery about this collection!” Bernhardt wonders. Anyway, the other illustrations are of the same vein. “You can see specific clothes of many overseas peoples,” Jérôme David from the Bodmer Foundation states, “including to Algonquians from Virginia—there are nine full portraits that show that each social position matched with a particular garment. Furthermore, these illustrations are extremely varied: maps, bestiaries and portraits have captured old cultural practices such as cannibal rituals of the Tupinambà in Brazil, elephant hunt in Pegu (current Burma) or the sacrifice of widows in India.” They thus can be regarded as sociological documents—although De Bry never set a foot in the New World!

It took the De Brys more than 40 years to publish this collection—and 3 years for the Bodmer Foundation to digitize it (bodmerlab.unige.ch/recits-et-images/debry/#/grands-voyages/Preface). Reading these books, even through a computer, is a unique intellectual and visual experience. You will feel like touring a vanished world in 29 volumes—a great voyage, indeed.

* The Bodmer Foundation is a library and museum specialised in manuscripts and precious editions. It is located in Cologny, Switzerland, near Geneva. It was founded in 1971 and is classified by the UNESCO.

Additional DeBry illustrations can be seen on each of the following pages. Click the images to enlarge them.