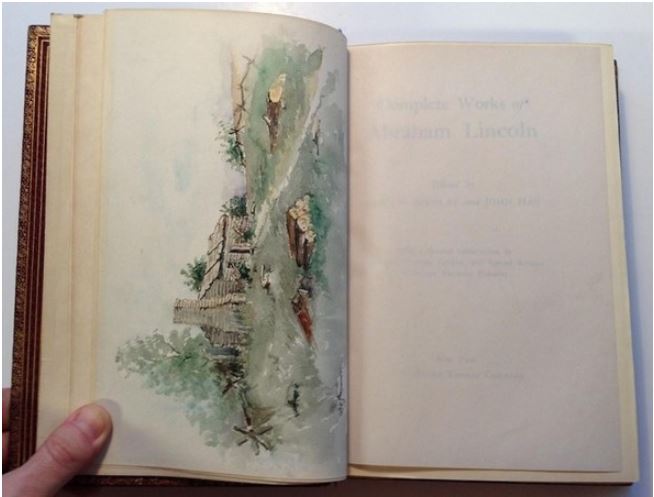 AbeBooks has released their list of the 20 most expensive books purchased on their website in the first quarter of 2019. The books are too diverse to describe succinctly, with the common thread being that collectors are still willing to spend serious money for what they want. Here is their latest list.

20. Anatomia Uteri Humani Gravidi Tabulis Illustrata by William Hunter, published in 1774. Focused on the anatomy of the human uterus, this book is not for everyone. Fun fact: According to AbeBooks, "It took 30 years to write as Hunter had trouble obtaining the cadavers of pregnant women for dissection." $8,485.

18. Les Travaux et les Jours by Hesiod, illustrated by Paul-Émile Colin, published in 1912. Hesiod was a Greek poet who wrote this some 2,500 years before this first French edition appeared. Colin was a French engraver and painter who illustrated many books, including those of Zola and Kipling. $9,036.

17. A single illuminated manuscript leaf circa 1400. It features musical notations and a large letter "E" with an image of an apostle within. $9,500.

15. Post Office Reform; its Importance and Practicability by Rowland Hill, privately printed in 1837. AbeBooks describes Hill as "the father of the modern postal system." Now you know who to blame. $10,000.

14. The First Booke of Architecture by Sebastian Serli, published in 1611. Probably not literally the first book about architecture, but very early, having originally been published in French and Italian in 1545. $11,770.

12. Two English Poems by Jorge Luis Borges. This is a handwritten manuscript by the Argentine short story writer and poet. $12,000.

9-11. The Birds of America by John James Audubon. Obviously not a first edition at this price, but this 1985 Abbeville facsimile edition published in conjunction with the National Audubon Society is still quite spectacular. $12,500.

9-11. A New Discovery of a Vast Country in America by Louis Hennepin, first English edition circa 1698. Father Hennepin did not take a vow of honesty. Some of this was made up or borrowed from others' adventures unattributed, and yet Hennepin provided us with some of the earliest accounts of life in the then American frontier. $12,500.

7. Lost Horizon by James Hilton, published in 1933. A signed first edition of the book that popularized the fictional Utopian Shangri-La. $14,000.

6. The Works of Virgil. Another ancient Greek, though not quite so ancient as Hesiod, this is the first illustrated Virgil, published in 1517. Features 207 woodcuts. $14,515.

5. Sierra Nevada: The John Muir Trail by Ansel Adams, published in 1938. Letter "K" of 26 lettered of 500 total copies, these signed lettered copies were given away by Adams. This photobook includes 50 tipped-in illustrations from Adams' photographs. $15,000.

2-3. The Maltese Falcon by Dashiell Hammett, published in 1930. This is a first edition of Sam Spade in an unrestored first issue dust jacket. $25,000.

1. The Complete Works of Abraham Lincoln, published in 1905. Twelve volumes bound in 23, this is the Presidential edition, limited to 50 copies. Features portraits, views, maps, photographs, and facsimile letters. $40,000.