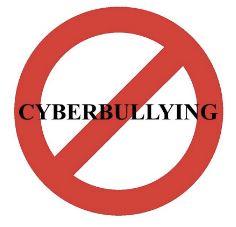 We recently received a request from a reader that is outside the normal scope of this site. It was to post a link to a guide offering advice on how to stay safe from cyberbullying. We will provide a link to it at the end of this article. While the guide is directed specifically to the LGBTQ community, much of the advice can apply to those bullied for any number of reasons. Some can even apply to in-person, rather than cyber bullying. While this website is devoted to the collecting of rare books and paper, we too inhabit the cyber world. We could not exist without it. As one that benefits from the internet, we also share in the responsibility for its content. The internet is a fantastic invention, a wonderful source of information, entertainment, and friendship. It can also be an awful place.

In her message, Jane related that 73% of the LGBTQ community has been harassed online due to gender identity or sexual orientation. I imagine there are many others who have been harassed over race, ethnicity, religion, national origin, physical or intellectual limitations, gender, and probably just about anything else you can think of. We have all seen it at times on various message boards, chat rooms, social media sites, and in comments sections at the end of legitimate news stories. Some websites even specialize in it. It got us to thinking. Why?

Prejudice, hate, and intolerance, are nothing new. We have dealt with it for centuries, and yet, I find something particularly disconcerting about the times in which we live today. Of course, all times have had these negatives, and we have come a long way since my youth too long ago. I can speak only for my home country of America, but in my youth, African-Americans could not go to the same schools, stay in the same hotels, eat at the same restaurants, drink from the same water fountains as others in large swaths of this country. This has changed drastically for the better since the 1950s. As for the LGBTQ community, it has only become relatively safe to come out and obtain some of the rights of others in the last two decades. Going back to my parents' generation, my mother could remember women fighting for the right to vote. Women still are not paid equally for comparable work, but in my youth, women, if they went into the workplace, were mostly limited to being secretaries, nurses, and schoolteachers. When children played doctor and nurse, there was never any question as to which gender child played which role. That has changed.

Normally, this is comforting. Today, I don't find that to be true, and that is why I find today's difficult times more troubling than those of the past. America was founded on the highest of principles, the "self-evident" truth that all men are created equal, that we are endowed with unalienable rights including life, liberty and the pursuit of happiness. We didn't fully live up to those ideals. Washington owned slaves. Jefferson had children with one of his slaves. Despite the preceding language, few blacks could vote, the same went for whites who did not own property, no women could vote. All sorts of discrimination took place and the founders either couldn't see it or looked the other way. A few generations later, even Lincoln was willing to accept slavery in the South before the war so long as it was not allowed to spread to new territories. If any of them were notably concerned about women's rights it's news to me. I can't imagine that the thought of LGBTQ rights ever occurred to any of them.

And yet, they are, in my opinion rightly, still honored today. They created freedoms hitherto unknown to the world. Call them hypocrites if you will, but I think that misses the point of what they accomplished. Even if they failed to fully live up to their ideals, they still set the ideals for the generations that followed. They knew the right direction, even if they could not travel all the way down the road. And, for generations, our leaders have continued to speak in higher moral tones, though many fell short. They at least knew what was right and spoke the words, and we all learned right from wrong, despite our personal shortcomings. We did not achieve perfection, but the words kept us moving forward, and we became a better society generation by generation. Yesterday's expressed but unrealized ideals became the next generation's higher standards. It turned the words of the Declaration of Independence into a reality, or at least, much closer to reality.

Today, something has changed, and it is not like anything I have seen before. Our leaders do not seem to be leading us forward any longer. Indeed, at times they seem to be dragging us backward. Words of bigotry, intolerance, hate, those that people previously would have known to condemn, even if they harbored some within their hearts, are becoming acceptable to speak. And spoken words become actions.

I write this just a few days after 50 people praying in New Zealand were gunned down by someone who felt it was acceptable to put his worst instincts into action. This is not just an American problem. Europe is now plagued with movements fueled by intolerance, and we all know where that can lead. The light of freedom ignited in Russia at the fall of Communism has been snuffed out by a new but equally brutal regime. Improved economic conditions in China have failed to result in notable human rights, as that regime now seems to be moving backward. The Arab Spring has turned to winter. This is a world problem.

While I have no groundbreaking solutions to this problem, here is something we all can do. Do not support those who preach hate and intolerance. Do not give their words undeserved respect. Do not give them positive feedback. Separate yourself from their words. Most bullies are insecure. They seek attention through bad behavior. Do not accommodate them. Help them if you can, reinforce positive change, but do not provide any hints of legitimacy to their ugly words. Make their bad behavior counterproductive. That will change some, though not all, but pushing antisocial behavior back to the fringes is better than letting it thrive and grow in the light of day.

Thank you, Jane, for a reminder of our responsibilities, as a website, as human beings.

Here is a link to the LBGTQ online safety guide Jane recommended: www.vpnmentor.com/blog/lgbtq-guide-online-safety.