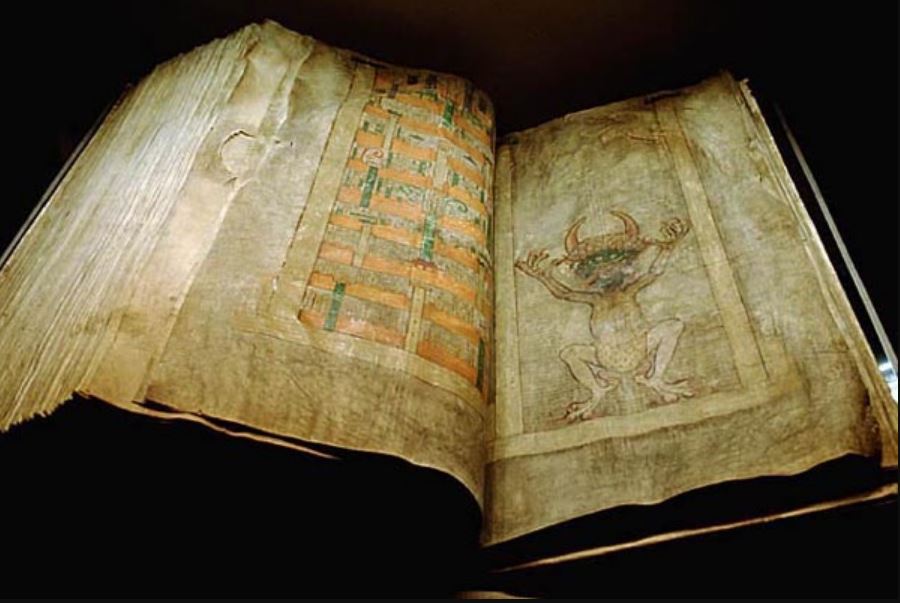 The theft of books is a centuries-old problem that has received increasing attention in recent years as tools for locating them have improved. Not just better scientific means of identifying copies has played a role, but also communications have been greatly enhanced by the internet. More recently, we have seen attempts to locate books stolen, not just years or decades but centuries ago. Last month, we reported on an attempt by a group from the Portuguese city of Faro to have books stolen four centuries earlier returned by the Bodleian Library (click here). Usually, the searches are done by those seeking to have the books returned, though that is not always the case. Here is another attempt to locate, though not return books and manuscripts looted over three and one-half centuries ago.

This story goes back to the Thirty Years' War. That took place from 1618-1648. Most of it occurred in the Holy Roman Empire, which as they say, was neither holy, Roman, nor an empire. It was more of a loose confederation of states in Central Europe, consisting of numerous principalities, not just the larger countries, such as Germany of today. Parts of the empire were at war with each other and with other European nations for 30 years. Sometimes, parties switched sides. It started out as a Catholic-Protestant thing, but as it evolved, it had more to do with national rivalries than theological disputes.

The war began, and ended, in Prague, then capital of Bohemia. It started with what was known as the Defenestration of Prague. A defenestration is when you throw somebody out of an upper story window. It's not a nice thing to do, but some Protestants were seriously peeved at Catholics for taking rights away from them. Thirty years later, it ended in the same city, though this was not a final, concluding battle that determined the outcome of the war. Treaties were already being signed. By this time, Sweden had been long involved in the war for some reason. Sweden was still a military power in the day. The Swedes attacked Prague, capturing part of the city before peace was officially concluded and the war ended.

Before peace was announced, the Swedes engaged in some looting. Some believe that with the war about to end, the only reason the Swedes attacked Prague was for one more opportunity to loot. The Swedes captured Prague Castle, where the defenstrations started the war 30 years earlier, and began looting books, manuscripts, whatever. The castle contained the library of the earlier Holy Roman Emperor Rudolf II. Among the spoils of war was the Codex Gigas, sometimes referred to as the "Devil's Bible" for its large drawing of the Devil. It is the largest extent illuminated medieval bible. Between the castle and other locations, including a monastery, Jesuit college, and several aristocrats' palaces, the Swedes packed up thousands of books and manuscripts and left town. They took them, naturally enough, to Sweden.

Now, Lenka Vesela of the Academy of Sciences of the Czech Republic is trying to identify what books were stolen and where they are now. It is a daunting task, though progress is being made. First, it is hard to know exactly what was taken. There weren't good records in Prague. Some of the best records are in Sweden where libraries noted their provenance. Still, it is only expected that 15%-20% of what was taken will ever be identified.

Then there is the question of where it all went. Some went to the Swedish Royal Library in Stockholm and is still there. Sadly, there was a big fire in 1697 and many of the books were destroyed. Fortunately, some quick thinking person grabbed the Codex Gigas and defenestrated it.

While many of the books are still scattered around Swedish libraries, many others are no longer in the country. A large collection of manuscripts was given to Swedish Queen Christina. Christina ascended to the throne at the age of 6 in 1632, but in 1654, she converted to Catholicism and abdicated. She and her library moved to Rome, and after her death, they were purchased by the Pope for the Vatican Library, where they remain.

Another part of the collection was dispersed when the Library of Strangas (Sweden) sold its books at auction in the late 18th century. Most were purchased by collectors in Denmark, with many of the estimated 1,000 Czech books ending up in the Royal Library of Copenhagen. A few others made their way to a library in St. Petersburg. A handful were actually returned to Prague in 1878 thanks to the efforts of a Czech historian and the Swedish King making a conciliatory gesture. Many others were destroyed in fires beyond that at the Swedish Royal Library, while others ended up in private hands. In one case, a librarian was paid in Czech books in place of an unpaid salary. Those in private hands will be even more difficult if not impossible to trace. Vesela estimates that only around 3,000 of what may have been as many as 25,000 looted books will ever be located.

Interestingly, Vesela does not see this as an attempt to return the books to the Czech Republic. She sees looting as part of the law of war in that era and attempting to apply current law retrospectively as being problematic. Rather, this is a joint heritage project, the books now having spent more of their lives in Sweden than in the Czech Republic. Digitization of the books and manuscripts would open virtual libraries to all, making it unnecessary to pursue the return of physical copies.