AbeBooks 25 Most Expensive Sales for 2018 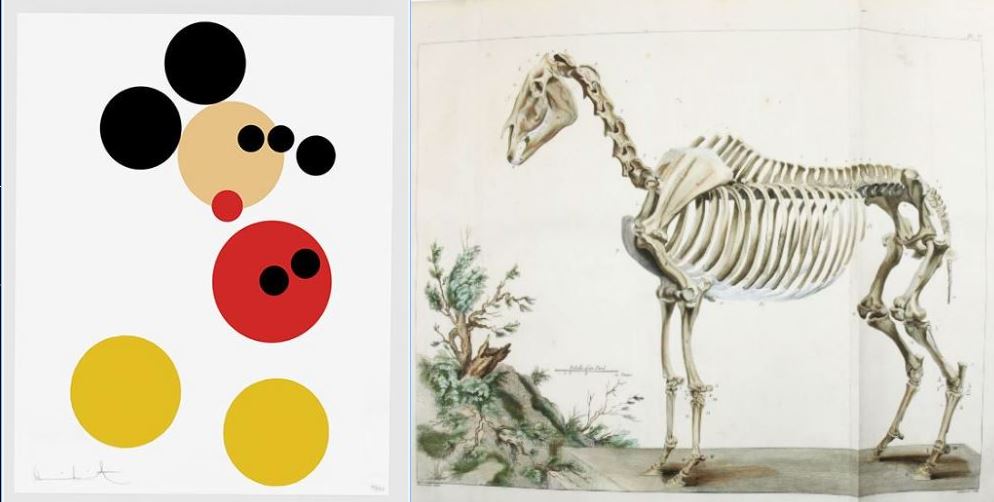 AbeBooks.com, the largest of the online old and rare book selling websites, has released their list of the Top 25 highest prices paid in 2018. AbeBooks has tens if not hundreds of millions of books listed for sale on their site, mostly in the old and used categories. However, there is also a healthy number of more valuable, rare and collectible works offered, and this list contains the cream of the crop. These are the ones that went to serious collectors with high limits on their credit cards.

There is a mix of old and new, fiction and nonfiction, textual and artistic, and different languages. There is something for everyone with a sufficiently large budget. Here they are.

25. Naturalis Historia by Pliny the Elder. This was the first illustrated edition, it taking a millennium and a half for someone to get around to illustrating Pliny's first century work $13,926.

24. Catalog Raisonne of Pablo Picasso. The name "Picasso" almost guarantees a high price. This consisted of 31 of 34 volumes edited by Christian Zervos. $14,407.

22-23. Introductio in Analysin Infinitorum by Leonhard Euler. A 1748 first edition of this noted mathematical textbook. $15,000.

18. The Wonderful Wizard of Oz by L. Frank Baum. A 1900 first edition in outstanding condition of a book that needs no introduction, unless you were never a child. $16,000.

16. For Whom the Bell Tolls by Ernest Hemingway. A first edition of Hemingway's Spanish Civil War novel inscribed to Julia Quesada. $16,396.

14. Commentaries on the Laws of England by Sir William Blackstone & Robert Bell. The 1771-72 first American edition of what is commonly known as Blackstone's Commentaries. $18,000.

13. A Christmas Carol (and four other books) by Charles Dickens. A first edition of this Christmas classic. $18,500.

12. A collection of notebooks by Max Newman. The collection consists of 29 items from the British mathematician and pioneer in the field of computer science. $19,700.

10. Die Fröhliche Wissenschaft by Friedrich Nietzsche. A signed first edition of a book generally known as "The Gay Science" in English. $22,500.

9. De Humani Corporis Fabrica by Andreas Vesalius. A 1555 second edition of this major medical text in which Vesalius corrected numerous errors in the first edition, such as the heart had a bone in its center, the kidneys did not function as filters, and nerves had no real purpose. $23,300.

6-8. The Natural and Civil History of the French Dominions in North and South America by Thomas Jefferys. A 1760 first edition of the geography and cartography of French possessions in the Americas just as they were about to lose most of them, a result of the French and Indian War (or Seven Years' War). $24,000.

6-8. Book of Esther scroll. An engraved scroll of the story of the ancient Jewish Persian Queen who saved her people from the evil-doings of the King's advisor, Haman. It was engraved by Shalom Italia, who specialized in decorated Esther scrolls. $24,000.

5. Atlas Shrugged by Ayn Rand. A 1957 signed first edition which belonged to Rand's secretary, who typed parts of the manuscript. $28,000.

3. Discours de la Méthode by René Descartes. A twentieth century edition of a book first published in 1637, noted more for the geometric shapes of the illustrations by Victor Vasarely. $32,500.

2. Mickey by Damian Hirst. A screenprint of Mickey Mouse by the British artist from an oil painting created in 2012. Who knew you could draw Mickey from nothing but circles? $47,999.