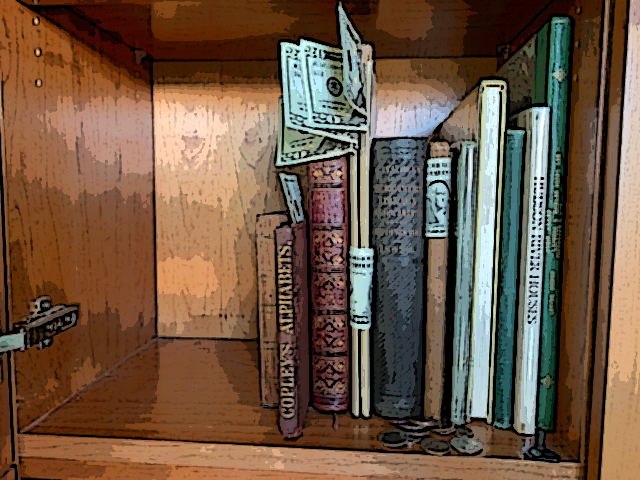 Understanding the money on your shelves

Presentation of historical data for the rare book field has been evolving for more years than any book collector can remember because it’s been clear and necessary for more than two hundred years that increasing information adjusts understanding, leading to periodic reconsideration of value.  And value is important because institutions, collectors and dealers often make their purchase and disposition decisions based on their current understanding of rarity, importance and value.  In the world today where value fluctuates, current valuation is always changing.

In the 19th century books and manuscripts were generally thought of as sometimes valuable but rarely significantly expensive.  Old auction and dealer records suggest that the absence of detailed data frequently led to pricing decisions based on cost.

In the late 19th century compilations of auction records began to make it possible to understand scale of interest expressed by re-appearances and prices paid.  Inevitably over the ensuing decades of the early 20th century cost basis lost relevance as rarity, significance and condition came to dominate pricing calculations.

During the final quarter of the 20th century several series of annually printed books provided auction records of the few firms then conducting book, manuscript, and map auctions.  These records were illustrative but hardly complete for they covered only a few of the auction houses, recorded only ‘sold’ material, truncated lot descriptions and charged high initiation fees for subscriptions leading to their records being overwhelmingly used by dealers while rarely by collectors.

In 2002 the Americana Exchange began to offer an online database of auction records.  It promised to cover more auction houses and more auctions.  Since then the Americana Exchange, now called Rare Book Hub, has grown to more than 2 billion words and 8.7 million full text records including both sold and unsold lots at auctions worldwide in the categories of rare books, manuscripts, maps and ephemera.

At the same time, listing sites such as Abebooks have become immense alternative free databases from which to ‘intuit’ valuation.  Such databases show some listings for rare material and many people, particularly those hoping to confirm higher values, can say I saw it listed [not sold] on Abe for $5,000 while simultaneous auction records almost always show the same material selling in the auction rooms at fractions of that value.

Today the Rare Book Hub Transaction Database is widely used both by acquirers and sellers who have come to understand that asking prices on listing sites too often do not reflect actual value.

So, give it a try.  It will be easy to use, quick and highly accurate