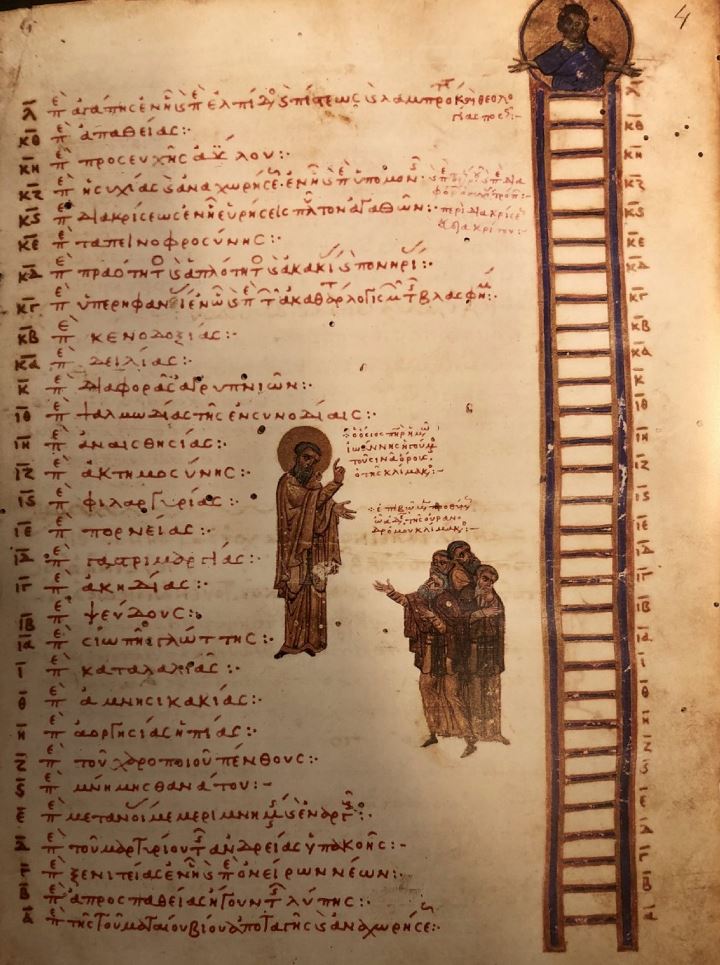 "Possession is nine-tenths of the law" is one of those old idioms that may need updating, at least in the books and manuscripts field. In recent years, it has been more common to look at old transfers of possession to see if they were legally accomplished. If an item was stolen, even many years ago, title never transferred, meaning the original owner (or their heirs) still owns the property. They have a right to reclaim it, without paying anything for it. If the alleged theft or illegal transfer was recent, it usually can be readily determined who is the rightful owner. What if the transfer happened a century or more ago, under uncertain circumstances, with no living witnesses to be found? Now it gets murky.

Princeton University was sued last month by a monastery in rural Greece. The suit is based on a claim a century old. Princeton disagrees. Here is the story, as alleged by the Theotokos Eikosiphoinissa Monastery, along with the Holy Metropolis of Drama and Bartholomew I, Archbishop of Constantinople. That's a mighty troika, but then again, so is Princeton strong, and the university gets to play on its home field, the Federal District Court of New Jersey.

At issue are four manuscripts. They are dated to 955, 1081, and the "new" one, the 16th century. The monastery is even older, dating to the 5th century. The plaintiffs argue that the manuscripts were housed in the monastery library for "centuries." However, on March 27, 1917, in the midst of the First World War, they allege, "Bulgarian forces stormed the Monastery and stole the most valuable manuscripts of the Monastery's library, including the Manuscripts at issue here." They continue, the manuscripts were taken to the Bulgarian capitol city of Sophia. Within a few years, these and other stolen manuscripts, they say, made their way to dealers and auction houses across central Europe.

In 1921, the 16th century manuscript was sold by Baer Auction House. The purchaser was Princeton University. In 1924, the other three were purchased by Robert Garrett, a collector of antiquarian manuscripts and a trustee of Princeton University (he also won the discus and shot put competition at the 1896 Olympics in Athens). He gave them to Princeton in 1942.

The Eastern Orthodox Church has made several claims for old manuscripts they believe were taken illegally in recent years. Sometimes, the holders of such material agree the claims are justified and voluntarily turn them over. Duke University and the Getty Museum have returned manuscripts in recent years. However, more often, the holders believe their possession is legal.

In what is the ultimate case of "gotcha," the Monastery cites the publication Greek Manuscripts at Princeton, Sixth to Nineteenth Century A Descriptive Catalogue, by Sofia Kotzabassi and Nancy Patterson Sevcenko, published by the Princeton University Press in 2010. That catalogue notes that the 1081 manuscript was described in the Kerameus Catalogue as being in the monastery's library in 1885. It then goes on to say, "In 1917 it was removed from the monastery by the Bulgarian authorities and presumably taken to Sofia." The Princeton catalogue concludes its discussion of provenance by noting it showed up in Joseph Baer's catalogues in 1920-21, and was purchased in 1924 on behalf of Robert Garrett by bookseller Wilfrid Voynich (he of Voynich manuscript fame). In the case of the 16th century manuscript, the Princeton Catalogue states that it was written at the Eikosiphoinissa Monastery where it remained until 1917, next showing up in the 1920-21 Baer catalogue, and sold that year to Princeton University.

To further its claim that the manuscripts were stolen by the Bulgarian troops, the Monastery also alleges, "On March 27, 1917, Bulgarian troops stormed the Monastery, assaulted the resident monks, and stole, among other things, the most valuable manuscripts of its library, including the Manuscripts. The theft is recounted in a letter dated March 31, 1917 - four days after the theft - and written by the Mayor of Drama to the Greek Foreign Affairs Delegation of Sofia, Bulgaria. A copy of the letter [was] published in Rapports et Enquetes de la Commission Interalliee Sur Les Violations Du Droit Des Gens Commises En Macedoine Orinetale."

Of course, this is the Monastery's side of the story. We don't yet know Princeton's position. They have made no official statement pertaining to the lawsuit. However, it has been reported that university spokesman Michael Hotchkiss issued an email statement, that "based on the information available to us, we have found no basis to conclude that the manuscripts in our possession were looted during World War I or otherwise improperly removed from the possession of the Patriarchate."

We don't yet know to what sort of "information" Princeton is referring. Perhaps they believe the monastery was not "stormed," or the manuscripts "stole[n]." Maybe they are simply referring to what they consider insufficient confirming evidence of the Monastery's claim. We do not know. Possession does matter, and right now, Princeton has possession. However, to say it represents 9/10ths of the law anymore seems a bit optimistic. I don't know who will win this case, but possession is no longer a guarantee.