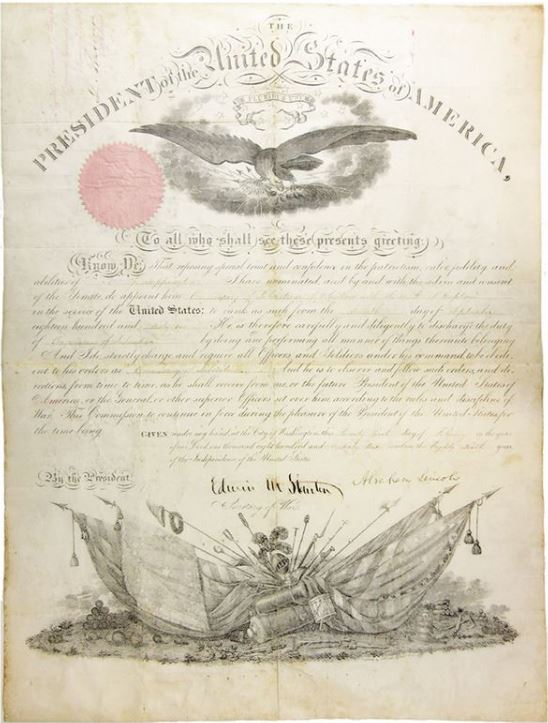 Archives International Auctions will be holding their 50th auction sale since opening their doors 11 years ago. This latest auction will run for two days, December 3-4. It is a major auction of material for those who collect rather than horde their money, featuring U.S., Chinese and international banknotes, scripophily, autographs, and security and historic ephemera. Along with banknotes, stocks and bonds, there is a collection of U.S. presidential autographs. A total of 1,150 items will be up for sale.

According to Dr. Robert Schwartz, President of Archives International Auctions, "The worldwide banknote market has been exceptionally strong this past year with dozens of price records being set every sale. We do our best to cater to every level of collector and dealer and look forward to celebrating our 50th Milestone Auction with the collecting community with another exciting offering that includes hundreds of worldwide banknotes, scripophily and historic autographs."

For those with an interest in scripophily, stock and bond certificates to the uninitiated, there is a selection of names well known today - Apple Computer, Amazon.com, Berkshire Hathaway, and the New York Stock Exchange itself. If you are looking for something older and more obscure, you will find a 1778 Danish West Indies bond, or an 1845 stock certificate for the Mackinac and Lake Superior Copper Co. of Michigan.

From the autograph collection, the most notable piece is a partly engraved appointment of N. J. Sappington to a military position during the Civil War. It bears the signatures of President Abraham Lincoln and Secretary to War Edwin Stanton. Sappington was later responsible for feeding prisoners of war at the Elmira Prison and lived until 1916. Other signed documents come from James Madison and other presidents.

U.S. banknotes are highlighted by a $3 1850s-1860s note from the Continental Bank of Boston. This one features an unusual illustration on its face - a polar bear attacking three men in a boat. There is the only known uncut pair of banknotes from the 1875 series from the Central Bank of Washington City. One is for $10, the other for $20. They display some intricate artistic depictions, De Soto Discovering the Mississippi, and the Baptism of Pocahontas. There are numerous other notes from places such as Fairbanks, Reno, Memphis, Brea California, and Lovelock Nevada. We are only scratching the surface here.

Then there is a large collection of foreign banknotes. Among the unusual ones is a 2 shilling note "valid only in the boundaries of Camp Seven Internment Camp Hay." It is dated May 1941. The internment camp at Hay, Australia, was used to house both civilian refugees from Europe during the Second World War and prisoners of war. Another surprising item is an 1866 Irish Republic uncut sheet of three $5 notes. The first day's sale ends with 122 lots of rare Chinese and Hong Kong banknotes and Chinese scripophily.

For details about the sale and to view an online catalogue, visit the Archives International Auctions website at www.archivesinternational.com.