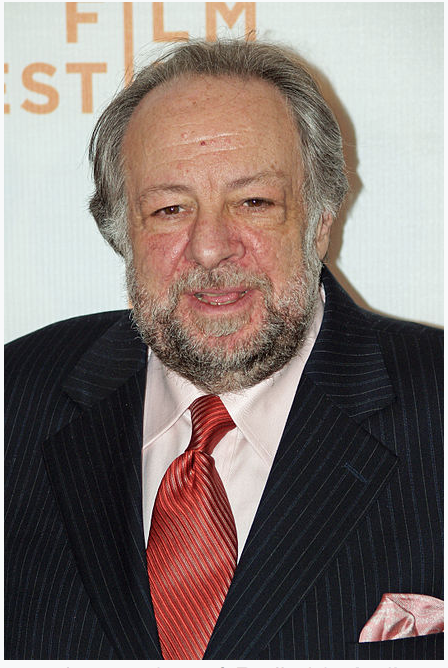 Mr. Jay, a magician estimated to be 70 or 72 depending on who has been smoking what, and whose concept of life was literally boundless, is said to have passed away but those who have followed his career know better.  He was, at the time of his disappearance, living in Los Angeles from where, many believe, he could only move on to a better place.  His options included New York as well as some of the sunnier spots in Europe.  Expect to hear of sightings a la Carman Santiago.  Mr. Jay was known for his tricks.

The news, if not the reality, of his death has provided him with an opportunity to read his obituaries and he has to be pleased with the laudatory statements flowing from the proverbial pens of critics and pundits.  They all think he’s dead and have regaled us with his many achievements which is of course exactly what Mr. Jay wants. When he returns he's going to own them.

Mr. Jay is a book collector as well as a magician, actor, and writer.  He is probably most known for his acting because more people have seen him on the big screen than read his 11 books or saw his magic performances. He was also, in an earlier era, a frequent guest on television with Merv Griffin, Mike Douglas, Dinah Shore, Johnny Carson, David Letterman and Conan O’Brien.

His credits include ‘House of Games,’ The Spanish Prisoner,” “Redbelt,” and “State and Main.”

His books include “Cards as Weapons,” “Learned Pigs and Fireproof Women” and “Celebrations of Curious Characters.”

At birth Mr. Jay was not actually a Jay.  He was a Potash and through his parents the grandson of an accountant who was also an amateur magician.  Newspaper obituaries suggest his skills were passed down to him.  However received, they are remarkable.

When rare books on magic would come up at auction the auction house involved inevitably scrambled to find Mr. Jay to ensure his involvement.  He was considered a master collector although descriptions of his interest stress content over condition.  I’ll guess condition was secondary.  When he reads this brief piece he’ll be reminded that signing each book in his collection adds value so you can expect his signature to in time appear in many of them.  Think of it as financial levitation – itself a good trick.

An early test of Mr. Jay’s continuing interest in the field will be lot number 244 in Bonham’s Books and Manuscripts Sale on December 5th.  It includes a collection of 11 cast iron shackle and lock items from Houdini’s personal collection.  I’m hoping he’ll be bidding by phone if not actually in the room wearing a disguise.

And I’m looking forward to his next book:  Gotcha!