Books that Don’t Sell - And what to do about it? 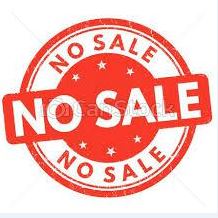 Old inventory can sit for a very long time without selling.

What is it about books that don’t sell? We all have them; we all wonder why?

Last month, the Guardian in London ran an article headlined: “Readers rejoice as shop sells book that sat on shelf for 27 years.” When the book finally did sell, the event exploded on social media and made the world news roundup. “We always knew its day would come,” tweeted Joanne Ball, a staffer at a Merseyside bookshop referring to a children’s biography of William the Conqueror – unaware that her announcement would be retweeted almost 150,000 times as book-lovers worldwide rejoiced in the book finally finding a home.

I know that feeling. I know it well.

Which brings us to the universal question that booksellers ponder as they drift off to sleep: How much of that very old inventory will go with us to the grave still unsold?

Certain books come in the door on Monday, get listed and go out marked PAID the next day. They turn and they turn fast. Others seem like the “Man Who Came to Dinner,” stay forever and there doesn’t seem to be any particular reason why.

I truly understand the market doesn’t like common Bibles, run-of the-mill sets, big books with no pictures on cheap paper, Bonanza imprints, encyclopedias and most Book Club editions, but it is still a mystery (to me) why certain things sell so much faster than others.

I was fortunate to have parents who were dealers, so when my Dad died in 1996 my Mom gave me my pick of his personal collection. I made a large selection and she shipped many boxes here to me in Hawaii. As the years rolled by I sold them off, piece by piece.

I sold all the vintage cartoon books. I sold most of the early ethnology. I sold practically all the antique American periodicals filled with the exploits of President Teddy Roosevelt, satire, illustrations and cool early auto ads. Sold the monographs and scrapbooks, sold the maps, sold the photos, sold the Pacific voyages and travels, sold the bibliography, poetry, folklore and lots of the oddball quirky items that my Dad had accumulated over his 50 years in the book biz.

I started with hundreds of titles and pounds of ephemera and here I am in 2018 with practically nothing left of what was originally a pretty substantial stash. But what is left somehow will not leave.

How is it that I have not one, but two (2) copies of the Stevenson’s “Religious life of the Zuni Child” in the original antique edition of 1887 with four gorgeous chromolith plates. I think it’s rare and beautiful.

Sorry, so far no takers for either one.

Bauman is asking $1,500 for their copy of the Herndon & Gibbon’s US naval expedition to the Amazon River in the Congressional edition (1853-54), two volumes with three maps. My set has all five of the original maps, some of them huge and I can’t seem to interest anyone in it at any price, and believe me I’ve tried every price.

To be fair there are some condition issues, three of the five maps are in pieces, and the paper the printer chose for the cartography is just one step up from tissue, but still….it’s complete…. I have all the pieces and it’s genuinely rare. It has the original binding and map portfolio (also in pieces), missing only a steady skillful hand to put it back together.

In the meantime, it’s still here.

What to do when all the standard tricks have failed?

For those who don’t remember the standard tricks they are (in no particular order):

1. Take the book(s) off the shelf, touch, open, handle and physically move to a different location all the while visualizing orders.

8. Trade for something else.

10. Pretend you’ve never seen this book and look at it with fresh eyes and go back to #1.

What is most surprising is that when any of the remaining items in this ancient inventory does finally turn, instead of being elated and wishing it “Godspeed” I am often a little sad. It’s called seller’s remorse. You yearn for the old stock to go and when it does find a buyer, it feels like you’ve sold the kids.

Not long ago I finally sold my copy of Stay At Home Travels - Fireside Pictures of Foreign Lands published in London in the late 19th century. Written to introduce English children to the other countries of the world it was filled with lush color plates, but most notable for pictures of watermelon eating pickaninnies and brimming with unconscious racial bias in all climates. When it came to me in the 1990s I expected it would sell quickly because it was beautiful and unusual.

Two decades later when it finally found a home I almost cancelled the sale: I’d looked at it so many times and revised the description so many different ways, changed the price so many times I’d become attached to it and really didn’t want to let it go.

But go it did, and then I regretted that I hadn’t asked for more.

Back in the UK, bookseller Ball had a more upbeat reaction: According to the Guardian she said the overwhelming response to her tweet was a sign of the affection that people still have for bookshops, and books. “It isn’t often you see book-related stories going viral, which has been a great surprise – lots of book-lovers out there wanting to support it, too. We have had some great reactions from our local and regular customers, but the fact that people in the US and Australia now know about us, and have been talking about us, is just unbelievable.”