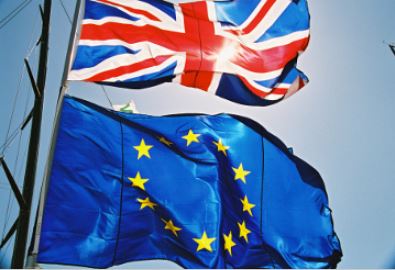 The battle over how a Brexit will look has caught the eye of CINOA. Brexit, of course, is the planned exit by Britain from the European Union, scheduled for March 29, 2019. CINOA is the International Confederation of Art and Antique Dealers' Associations (the acronym is from the French Confédération Internationale des Négociants en Oeuvres d'Art). It is an association of over 5,000 of the world's art dealers along with 2,000 booksellers who are associate members through their memberships in ILAB (International League of Antiquarian Booksellers).

CINOA points out that Brexit will alter the advantages and disadvantages of British versus European Union dealers if it goes through with no deal between the UK and the EU. At the moment, Britain and the EU are in negotiations, but so far they have been contentious and unsuccessful. The split could happen without a plan, and if so, the Law of Unintended Consequences undoubtedly will take its place. Watch out!

The EU is currently planning on implementing new regulations on the importation of ancient artifacts, including specifically, books and manuscripts, into their member countries. They are in many ways burdensome and, perhaps, of limited benefit. Certainly ILAB believes so, having issued a statement saying, "This text considers subjecting dealers to administrative obligations that are disproportionate with the pursued objective..." They, and others, have called for a revision of these new rules, but so far that has not happened. They could be implemented as soon as early next year.

The proposed new regulations apply to books and manuscripts over 250 years old. The most burdensome rules target rare manuscripts over 250 years old and incunabula. The not-as-burdensome rules apply to other books and manuscripts over 250 years old. The more burdensome categories require obtaining an import license. According to these rules, "The application shall be accompanied by any supporting documents and information substantiating that the cultural goods in question have been exported from the source country in accordance with its laws and regulations." That could be difficult for something purchased years ago, perhaps by someone long forgotten. Authorities in each EU country have 30 days to request more information after an application is received, 90 days to decide whether to accept or reject that application.

For other books and manuscripts over 250 years old, rather than obtaining an import license, the importer only has to provide a statement that it was shipped from the source country legally, along with a sufficient description so that authorities can identify the item.

It should be noted that there is no minimum value requirement for either class of books and manuscripts. Many people tend to assume something over 250 years old is rare and valuable, making the added burden seem small compared to the value. Those in the trade realize that this is not necessarily the case, that the value of the items may not justify the added expense to importing them.

As for the reason for these new proposed rules, while related to the desire of protecting nations from having their historic artifacts looted, there is an even more targeted purpose. It is believed that artifacts may be looted from a nation by terrorists, using the trade in these goods to finance their activities. While such can happen, it is most often ancient, prehistoric artifacts that are stolen and sold rather than books and manuscripts.

If Britain had remained in the European Union, its citizens would face the same regulations as residents of other EU countries. Advantage no one. A negotiated Brexit deal would likely include provisions such as this. With no deal, however, if the EU adopts these rules, the British would be exempt from them. Advantage England. Along with the benefits to British dealers, it would also make the UK the more desirable location for European trade shows. Dealers would not have to face burdensome paperwork on much of their wares simply to bring them to a trade show for a few days in an EU country.

CINOA, speaking of a Brexit with no new regulations placed on Britain, states, "This means that the UK...will be put at a distinct competitive advantage compared to EU Member States subject to these new import regulations when it comes to attracting business from the rest of the world." In guidance recently published by the UK Department for Digital, Culture, Media & Sport, speaking of a Brexit with no deal, it notes, "At present there are no licensing requirements for objects of cultural interest for import into the UK or EU." This means that the status quo of no licensing agreements will remain in effect in Britain after a no-deal Brexit, even if such rules soon are placed on the remaining EU countries.