Are Newspapers Dying? The Short Answer is "Yes" 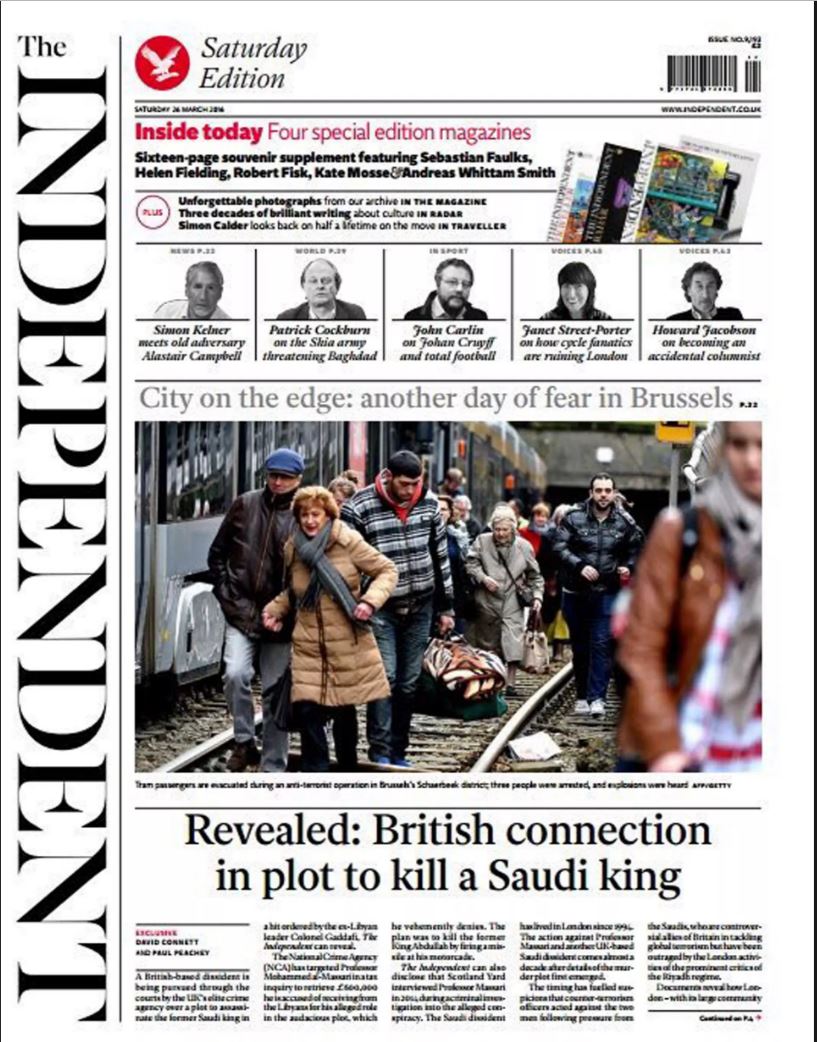 Last printed edition of the Independent, from March 26, 2016.

Print newspapers are a dying breed. We have known that for a long time. While the number of newspaper closures has actually slowed recently, this is more a temporary bump in the road than a change of trend. They are boomboxes, tape decks, floppy disks, yesterday's technology in a world focused on tomorrow. A recent article published (online, of course) by NiemanLab provides an interesting look at newspapers today, and I believe what they have to say as it is confirmed by my own personal experience.

According to Nieman, the past decade has not been about newspaper closures; it has been about shrinkage. Circulation declines, number of pages declines, advertising revenue declines. They say that in the past year, McClatchy's revenue declined by 26.4%, Gannett by 19.1%, Tronc by 18%. They no longer are signing up significant numbers of new subscribers, just watching old ones slip away. Like old soldiers, newspapers don't die. They just fade away. But one day, when production costs exceed subscriber and advertising revenue, they will close the print editions forever.

Of course, most of those newspapers now have digital editions too. So the question was what would become of those papers after their print editions closed down. Would their readers migrate to the digital editions, read something else online, or just stop reading much news at all? The article looks at what happened to the Independent, a nationally circulated British newspaper which, after 30 years, ceased to publish its print edition in 2016. The result, while on the surface looks positive, is not so good once you dig deeper.

The study found that when the Independent closed down its printed edition, they didn't lose any readers. That sounds good until you look at the numbers. The print edition had 40,000 subscribers. At the time it closed down, the website had 58 million unique monthly visitors. You wouldn't even notice 40,000 people one way or another with numbers like that. Monthly readership is going to change more than 40,000 from month to month regardless of whether you have a print edition. This is all wonderful news, isn't it? Not so fast.

My own experience runs parallel to the results of this report. For 50 years I was an avaricious reader of newspapers. I read the most interesting stories with breakfast, the rest throughout the day. As news began appearing on the internet, more of my later in the day reading shifted online, but breakfast with the paper remained an undying tradition.

However, I also noticed that my children did not read newspapers. Not a one of the three ever subscribed to a newspaper. They got their news online. I hope that at least they get it from legitimate news sources, not social media, but I fear the latter is at least a part of the mix. Still, I think they are sharp enough to distinguish real from fake news, and which sources are honest and trustworthy. For too many others, though, I am not so confident and this, I fear, is the real tragedy of the death of newspapers.

Meanwhile, my local, small city newspaper continued to shrink. There was less and less to read. Most national and international stories of interest I had already read online the night before. Only the local coverage was mostly new, but that too was shrinking. To add insult to injury, they kept raising the subscription price as the newspaper shrunk. I found I was spending maybe 5-10 minutes with the paper at breakfast and after that, there was nothing left to read. When the monthly rate finally reached about $1 a day for my 5-10 minutes, I concluded it was no longer worth the money. I had purchased a tablet reader for the price of a two-month newspaper subscription a couple of months earlier, and with wifi already installed in the house, I could read it with breakfast. The news was always fresh and new. Within a few days, I was completely comfortable with reading the morning news in this new format.

A few months later, I began getting discounted offers to resubscribe. The last one amounted to about 25 cents a day, what it had been 15 years earlier. I did not return. I like news that is up to date, not something printed in accordance with a deadline 12 hours ago. They took me for granted for too long and now I will never go back. My children will never start. I am sad that this has happened, but I am now beyond reach. The death of most newspapers is no longer a matter of if. It is now a question when. I loved you. RIP.