The Carnegie Library Theft Serves as a Reminder of Another Major, as Yet Unsolved, Book Theft 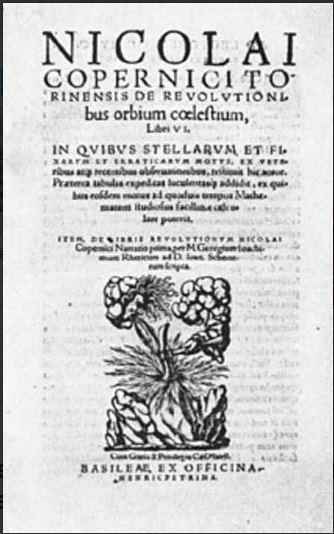 A different copy of Copernicus as the stolen one is not available for photography.

The recently revealed theft of some $8 million worth of rare books from the Carnegie Library in Pittsburgh serves as a reminder of the most notable unresolved book theft still out there. It is now going on two years and apparently Scotland Yard is still searching for answers. It is a theft as different as can be from that at the Carnegie Library, and who did it remains a complete mystery.

About the only thing that these two crimes seem to have in common is there must have been at least some inside help. On the night of January 29-30, 2017, three individuals broke into a warehouse in London. The reason for thinking this must have required some inside information is the thieves knew exactly what they wanted, where it was located, and how to enter the place without setting off the burglar alarms. The last of those required some rope climbing skills.

To evade the motion sensors, the thieves climbed to the roof, broke through a skylight, and descended to the floor, some 40 feet below, via ropes. They then proceeded to four particular boxes. They contained books being shipped by three Italian booksellers. They were headed for the California International Antiquarian Book Fair, scheduled to open a few days later in Oakland, California. The books never made it there, nor have any of them been seen since.

Once the thieves reached the four containers of books, they did not just attempt to take them and run. Rather, they sorted through the books, running them against a master list. They took the ones they wanted, discarded the rest. Obviously, they not only knew where in the warehouse the books could be found, and how to enter to evade detection, they knew exactly what was in the boxes. Their handiwork did not go unseen. Security cameras captured their every move. What didn't capture any of their moves were the motion sensors that would have set off an alarm.

The whole procedure was not quick. It took several hours for the thieves to enter through the roof and sort through all the books. Boxes containing the titles selected were hauled to the roof via ropes. When the job was completed, the thieves followed the books out. They were taken to a waiting van which sped away.

The stolen books have been valued at about $2.5 million. The most valuable item is a second edition of Nicolaus Copernicus' De Revolutionibus Orbium Coelestium, valued at a quarter of a million dollars. Other authors included such familiar names as Galileo, Newton, Dante and da Vinci. This theft differed greatly from the Carnegie one in that the latter went on for almost two decades without anyone ever knowing there were books missing. That made it easier to sell them in the trade. This theft was known to everyone by the following morning. Lists of the missing goods were quickly spread and posted online, making it very difficult to sell them without their being identified. This is likely why none has shown up in commerce yet.

The difficulty in selling such books has led some to believe the theft was set up by a collector who wanted them only for his own private collection. It seems strange that anyone would go to such lengths and risks to build a library at a discount he could never show anyone else. Usually, it is money that drives such things. Perhaps the thieves did not realize how difficult it would be to sell such identifiable books, but again, it is hard to imagine anyone who pulled off such a sophisticated heist and knew precisely which books to take would be so ignorant of how these books can be traced.

If there is a heist to which this is most reminiscent, it is the great art theft from the Isabella Stewart Gardner Museum in Boston in 1990. That one was much larger. Artwork valued at $500 million was stolen. Thieves dressed as policemen arrived during the middle of the night, convincing the security guard to let them in because of a disturbance outside. They tied up the guards, stole 13 very valuable paintings, and disappeared into the night. They have never been located nor have any of the works of art ever been recovered. There have been theories as to who was involved, but no arrests have been made and the paintings remain missing. It would be impossible to sell them, leaving the question, why?

As of last reporting, London authorities have not found any notable leads or developed a list of likely suspects. It is a mystery that, hopefully, will not go unsolved as long as the Gardner Museum theft.