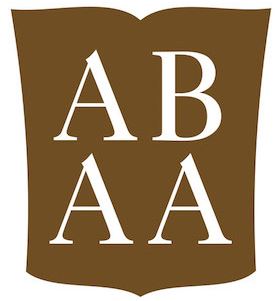 The ABAA is seeking help finding books missing from the Carnegie Library.

While some items have been recovered many more remain missing. Most likely, they reside in the hands of innocent buyers who have no idea what they purchased was stolen. To help people who may possess, or know where some of these books may be, the ABAA has issued a statement which contains instructions on who to contact, and a link to a pdf containing a list and descriptions of the items missing. Here is their request, issued by ABAA President Vic Zoschak, Security Committee Chair Brad Johnson, and Executive Director Susan Benne.

"In an effort to aid in the recovery of materials missing as a result of the Carnegie Library theft, the ABAA requests the assistance of the pubic in bringing its attention to the list of items believed stolen. A downloadable pdf of same can be found here:

"Should any member of the public identify having purchased or otherwise having knowledge of the disposition or current location of any items from the Carnegie Library—whether on this list or not—please contact one of the following detectives from Allegheny County District Attorney’s Office:

"Please note, the detectives do not have reason to believe that anyone who may have purchased any of these items was necessarily aware that the material had been reported stolen.

"The ABAA appreciates your attention and assistance with respect to this grave matter. Please check our post from March for further details, including additional information on collection markings: www.abaa.org/blog/post/pittsburgh-area-thefts."

The link to the pdf list of missing items mentioned in this statement may be found at www.abaa.org/images/newsletter_pdf/Detailed_Damage_Loss_Report_Carnegie_Library_of_Pittsburgh2..pdf.

The next hearing in the case of the two suspects, rare book librarian Gregory Priore, and co-owner of Caliban Books John Schulman, was postponed from August until October 12. Schulman was successful in convincing the court to lift a freeze of his bank accounts that was initiated by the prosecution. The lifting of the freeze enables Caliban to continue in business, paying its employees, rent, electricity and other business expenses, and trading in books not related to those taken from the Carnegie Library. However, no funds from the accounts may be used to pay profits to the principals.