Ever Wondered Where English Law Comes From? This Book Provides the Answer 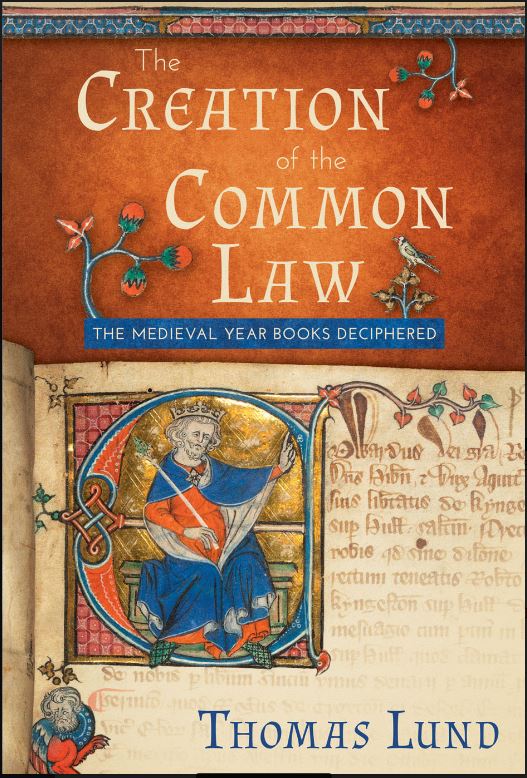 For those with an interest in learning from whence came English law, The Lawbook Exchange has published a paperback edition of a book that takes us back to the days when people used words like "whence." You may think English law comes from a series of statutes and codes developed by parliamentarians and kings. Actually, it just kind of grew like Topsy. It mostly was a haphazard collection of individual cases that set the precedents now known as "common law."

Before we go any farther, and lose your interest, we need to point out that Thomas Lund has written his book for regular people, not legal scholars and practitioners of the law. The title is The Creation of the Common Law. The Medieval Year Books Deciphered. Even legal scholars will appreciate Lund's deciphering. The Year Books, which cover the critical development of English law, were published from around 1268-1535. If you have ever attempted to read Chaucer, who wrote during this era, you will understand the importance of deciphering the English of that day into the English we know now.

Prior to the Year Books, there were hard-to-find records of some case law in England. In the 12th century, Ranulf de Glanvill wrote essentially the first English law book, though it was more focused on procedure. Henry de Bracton wrote a much better compilation of case law in the 13th century, which brings us to the era of the Year Books. These are accounts of court cases over the next several centuries which were the primary foundation of English common law. In a time before written legal codes, each case that was tried became legal precedent. Judges facing disputes between parties would look to previously decided cases to decide what was the right decision. In this manner, English law developed from case to case, without benefit of anyone having to pass laws to cover every conceivable dispute.

So what is the point of learning about the development of the common law now, when all sorts of governmental entities are passing laws as fast as they can write them? The reality is that common law still is applied where no intervening statutes have been passed, and much of the legislative law was based on common law in the first place. It simply codified long established principles. These cases help to explain why our law is what it is today, why we resolve various types of disputes in the way we do.

That brings us back to the part about "deciphering." The Year Books may be technically accessible, but not in a practical sense. The arcane writings will confound anyone but scholars of both medieval English (the language) and medieval English law. That covers 99 and some very large fraction percent of the population. Lund has not simply updated the language, but has paraphrased, condensed, organized, and explained the cases so that modern readers can make sense of these ancient texts. Here is where you will be able to follow the evolution of English law from its earliest days to the point where it forms the basis of the law today. It is a fascinating journey, and as said before, you need not be a scholar to take this trip. Everyone is welcome.

You may order the paperback edition of this book at the following link: www.lawbookexchange.com/details.php?record=68668.

The hardcover version may be ordered here: www.lawbookexchange.com/details.php?record=63383.

Both pages also provide links to ask a question.