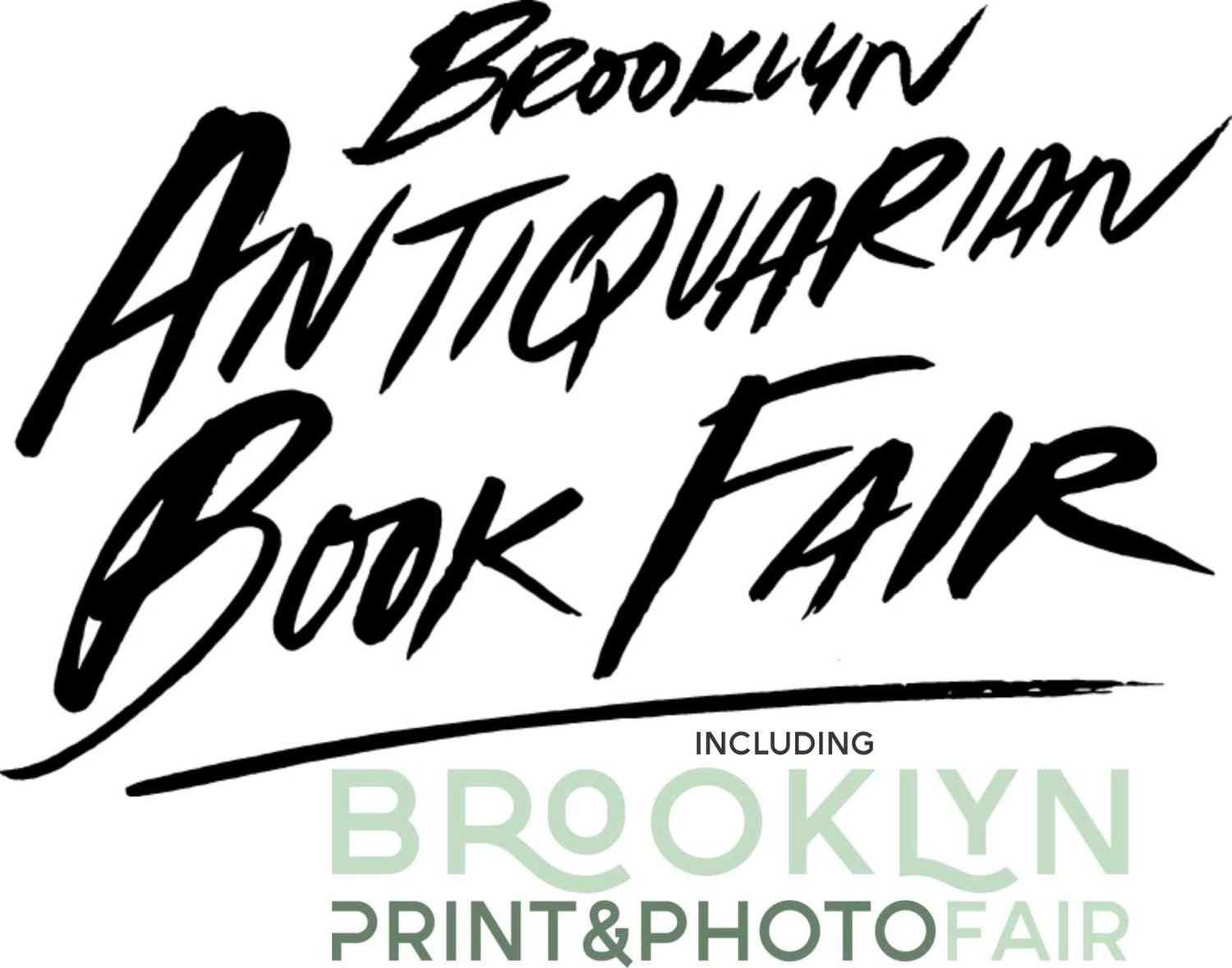 Marvin Getman, organizer of the Brooklyn Antiquarian Book Fair, has issued the schedule of talks and special events to be held during his third annual New York event that kicks off the fall rare book season in the United States.  More than one hundred dealers are participating.  This article is simply a list of the show's events and lectures.  Lectures and exhibits are free with pre-registration online.  To pre-register click on Reserve your spot for any talk just below.

Schedule of Talks and Special Exhibits

Reserve your spot here for any talk

1:00pm
How to create postcards and influence people.
Anna Jozefacka, Lynda Klich, and Juliana Kreinik will discuss what makes the perfect propaganda postcard. Many of the visual and rhetorical strategies employed by historical propagandists will seem familiar in this era of Twitter, Facebook, and "fake news." A book-signing will follow the presentation.

2:00pm
From Process to Product: Collecting the Ephemera of 20th and 21st Century Social Movements.
Lorne Bair will focus on the example of a few highly imaginative contemporary collectors whose work has been of great benefit to scholarship, and we’ll offer ideas on how newer collectors can budgets are large, small, or even nonexistent. 3:00pm
From Aristotle to Asa K. Butts; or, the Literature of Earth Closets, Troublesome Monkeys, Sex and Reform in 19th century America.
Garrett Scott will present a brief survey of the folk wisdom, sexual science, idealistic ne'er-do-wells, and Comstock rebels who did their best to bring the joy of sex to the American multitudes (and maybe make a buck or two). 4:00pm
The Photobooth and its Revival of Memories
Nakki Goranin, author of American Photobooth will teach about the history and treasure of this American Invention and see the range and beauty and humor of these tokens of our lives. 5:00pm
It's Alive! Frankenstein at 200
A preview of the exhibition opening at the Morgan Library in October presented by Elizabeth Denlinger and John Bidwell.

11am to 1pm
Appraisal Clinic - An expert will give you an estimate of value for up to 3 old books or manuscripts. The appraisal clinic is free.

2:30pm
Feminize Your Bookshelves!
Writer A. N. Devers, founder of The Second Shelf, a rare book business and literary quarterly focused on writing by women, will introduce some overlooked and forgotten women writers, explore gender inequality in the literary canon, and suggest how collectors and institutions can balance their bookshelves and help redress a discriminatory literary history.