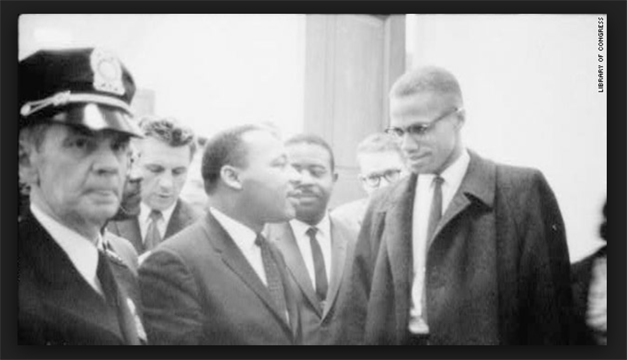 On Thursday 26 July, important material by Malcolm X was up for sale at Guernsey’s Auctions in New York and failed to deliver on its promise of high, even exceptional outcomes.   Malcolm would certainly describe it as a “white conspiracy” but it wasn’t that.  Rather it was the timing.  The world we now live in, where so much rare and important material is continuously surfacing, requires exceptional discipline simply to keep it all in view.  Guernsey no doubt wanted a better outcome but it takes more these days than high hopes to get bidders informed and organized to bid.  It takes publicity, time and luck.

So what was offered?  It was three chapters from “The Autobiography of Malcolm X,” that were cut after his assassination in 1965 as well as the manuscript for the published version that is covered with the notes of both Mr. X and his editor, Arthur Haley.   These edits show the interworking’s between them as the book moved toward publication.  For people of a certain age this autobiography was required reading and remains significant today as we, in America, face the reality of distance and separation that divide black and olive skinned people from the American mainstream.  Because of the presidential dystopia we are living through, we know some 20% of Americans bear hateful attitudes based on skin color and see

their attitudes now picked up on cellphones and uploaded to the Internet with increasing frequency - as “why are you here at this pool?” and reports to police by white passersby of black and olive residents assumed to be suspicious because of their skin color.

If there are losers in these transactions there are also winners.  The Schomburg Center for Research in Black Culture at the New York Public Library bought this material after it struggled in the rooms.  One unpublished chapter, The Negro, was purchased for $7,000 and the annotated manuscript of Malcolm X’s autobiography was sold after the sale for an undisclosed sum after no one offered the starting bid of $40,000.

After the sale Kevin Young of the Schomburg said, “To have the version with Malcolm X’s corrections, and to be able to see his thoughts taking shape, is incredibly powerful.”

One thought-to-be-complete unpublished chapter of his autobiography sold in this sale begins with:

“The Western World is sick.  The American society – with the song of Christianity providing the white man with the illusion that what he has done to the black man is ‘right’ – is as sick as Babylon.  And the black man in this wilderness, the so-called ‘Negro,’ is sickest of them all.”