St. Gregory must be turning over in his grave 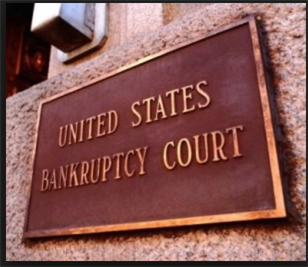 The efficient way to buy old books is when they are being liquidated at unreserved auction.  Better yet, buy them at a bankruptcy sale.  Such sales do not occur often but when they do the prices can be very low.  Such was the case in Oklahoma City recently where the assets of St. Gregory’s University, that committed the sin of insolvency, were disposed as efficiently as Marie Antoinette’s head was severed.  For St. Gregory who, in the Catholic Church, is commonly known as Pope Saint Gregory, and who passed away in 1606 this recent sale of his name sake institution must have seemed like penitence [and probably was].

Religious institutions tend to get screwed at auction, probably because for centuries they distained ‘commerce’ as beneath them.  That’s not a good approach now, if it ever was.  Know what you have and carefully prepare.  Leaving it to luck often doesn’t work out.

In this case the auctioneers were hired by a District Bankruptcy Court [THIS IS A TIP-OFF!] and the focus seems to have been on speed.  Lest anyone reading this wonder if speed is important the answer is a resounding no.  Description, promotion and timing are the crucial factors.

This sale on July 12th was complicated as the contents of the library and the rare book room had to share the marquee with exercise equipment, televisions, a hot dog roller & Bun Warmer, and other miscellaneous debris.  As no expense was allocated for descriptions they are close to non-existent.

As for the outcomes, it is easy to guess but difficult to confirm if the prices made sense.  The apparently most important book in the sale was a Koberger Bible, printed in 1477.  It sold for $13,300, hopefully to the great bible collector who also actually lives nearby:  David Green.  If so, it will soon make its way to his Bible Museum in Washington, D. C.

The rest of the university’s Rare Book Room, holding approximately 3,000 rare books, was sold for $16,900 and their roughly 12,000 Catholic and religious books released for $21,300.  Finally, the 44,000-volume student library changed hands for an unknown sum.