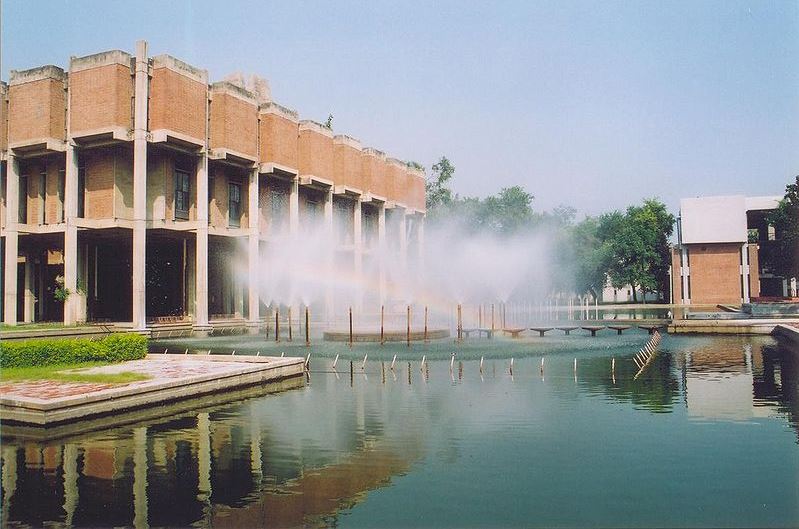 One of the more surprising book thefts has reportedly occurred at the P. K. Kelkar Library at the Indian Institute of Technology in Kanpur, India. It is not the most valuable library heist ever. Still, it is a significant haul valued at around 1.5 crore, which translates to roughly US $225,000. It is what, or more precisely, how much is missing that is shocking. This is theft on a grand scale.

According to Daily News & Analysis India, the Kelkar Library is a highly secure library with a staff of 22. Perhaps it isn't all that highly secure. The number of books stolen is about 18,000. How do you do that? "A few" books were checked out by students or professors and never returned, but the bulk of them are missing from inventory with no record of their ever having been checked out.

Most of the books were said to be rare and have a high price tag, though "high" is a relative term as 18,000 books valued at $225,000 comes out to $12.50 each. That must be high for texts in India, where university books are not as pricey as they are in America. The article noted that most are not readily available in the market and had to be purchased abroad.

The Institute's Advisory Committee has directed the the librarian to review the library security, as well they should. Those who checked out books but never returned them are to be tracked down and ordered to either return the books or pay their cost. However, "if no records were found of missing books then action will be initiated against the concerned library staff," a senior official was quoted as saying. "This is very serious and indicates that the books were being stolen from the library in connivance with some staff over the years."

In another case, two individuals from Houston, Texas, have been charged with stealing textbooks from four units of the University of Wisconsin system. The two, Ryan Scott Lewis and Genisis Garcia Abellar, are alleged to have taken textbooks from the offices of various professors. They have also been accused of stealing books in Minnesota and four other states. They were not diligent students looking to learn. As to why they came all the way from Texas to steal books, it is not clear. Maybe they already cleaned out Texas. Whatever the reason, the indictment claims they would ship the books back to Texas where they were sold to students. If convicted, they could face up to 15 years in prison, but it is unlikely the sentence will be nearly that long.

And then there is the case of a book "theft" on a much smaller scale that was recently reported from Marblehead, Massachusetts. This one is a real head-scratcher. It was resolved with a dictionary. The police log says it all: "A report of a dispute over an apparent stolen book but when responding officers asked the reporting party if she gave the second party the book she said yes and officers told her if she did give it then it is not stealing."