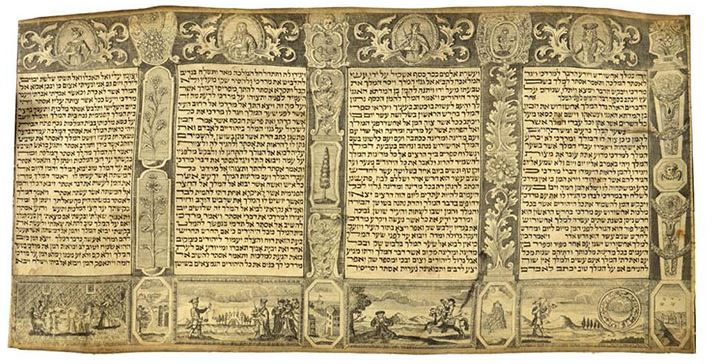 AbeBooks has prepared their latest quarterly report of the most expensive sales on their book listing site during the past quarter, April-June. The shift to more European material at the top end that has developed over the past couple of years continues. We are unsure if this represents a shift in the location of the buyers or of the type of material collected, but it has certainly been pronounced. Europe does have an advantage in that the oldest material, naturally enough, comes from the Old World, but many of these European items are not that old. From the U.S. comes only one of the Top 10 prices this quarter, though it does have a North American compatriot, just one from the more northern reaches of North America. Here is the latest AbeBooks Top 10 list.

10. Southern Tibet by Sven Anders Hedin. This is a 12-volume set published from 1916-1922. Swedish explorer Sven Heden traveled through Tibet from 1906-1908, discovering much about the geography of the land unknown in the West at the time, as well as its botany and geology. $10,150.

9. Lapidari by Joan Miro. This is the newest book on the list, published in 1981. It features etchings and acquatints by the artist, who has signed and numbered the book. $10,500.

8. Opera Omnia Anatomica & Chirurgica by Andreas Vesalius. This is a 1725 collected edition of the work of the pioneering anatomical researcher of the 17th century. $11,000.

7. Osnovi Himii by Dmitri Mendeleev. This is Mendeleev's Fundamentals of Chemistry in Hebrew, published in 1872. Mendeleev was the great Russian chemist who developed the Periodic Law, the basis for the periodic table we all studied in high school chemistry. $12,000.

6. Narratio Regionum Indicarum per Hispanos Quosdam Deuastatarum Verissima by Bartolomé de Las Casas. First Latin and illustrated edition of Las Casas' account of the atrocities the Spanish were perpetrating on the natives of America, published in 1598. Las Casas' pleas for intervention by the Spanish crown were politely ignored. $13,000.

2. Anne of Avonlea by L.M. Montgomery. This is the other North American book. The follow-up to Montgomery's story about Anne at Green Gables, this brings the young Canadian woman to her years as a teacher. It was published in 1909, a year after Green Gables. $17,500.

1. An Esther Scroll. This is the second item on the list in Hebrew, two more than are normally found. This engraved vellum scroll was created around 1700 by a man with the surprising multicultural name of Shalom Italia. Italia was born in Italy but moved to Amsterdam where he executed his craft. $24,000.