What is my book worth? It depends 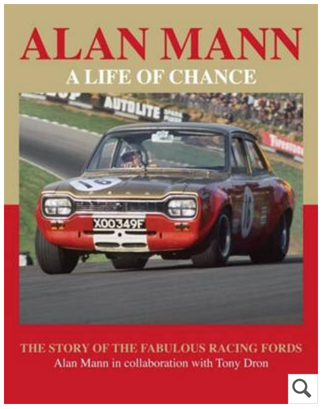 What is an out-of-print book worth? It depends where you look.

What is my book worth?  It depends who you ask.

Here is how Waterstones describes it:

Alan Mann was one of the great motor racing team managers of the 1960s. A successful race driver himself, he played a key role in Ford's 'Total Performance' programme, preparing and running iconic cars like Ford Falcons, Mustangs, Cobras, GT40s, Cortinas and Escorts for racing and rallying and building the sensational Ford F3L sports-prototype and monster Can-Am racers. His drivers included star names like Frank Gardner, Graham Hill, Denny Hulme, Bruce McLaren, Jackie Stewart and John Whitmore. This is his personal story of one of the most exciting eras of motor sport.

In looking for this book on May 29th here is what I found.

In the Online Computer Library Catalog [OCLC] of more than 39,000 libraries there is a single copy which includes the name of the publisher:  Motor Racing Publications Ltd.  I went to their website to order a copy but none are available.

Finally, in Rare Book Hub Transaction History there are no auction records as the book is simply too new.

So what do we have here?  Nonsense.

The answer is that it depends on the day and hour you search and don’t believe everything you read on line.

There are software programs that price artificially high when there are either no copies or other copies already priced high.  That doesn’t make the book valuable, only difficult to find at a fair price.  As the book was initially published at $79.95 I expect, in time, some less expensive copies will be posted.  As to when, I can’t say.