AbeBooks 15 Most Expensive Sales for the First Quarter of 2018 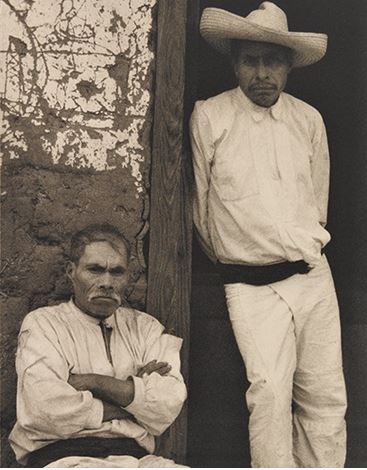 From Paul Strand's Photographs of Mexico.

To answer the question of where are today's collectors, AbeBooks latest list of most expensive sales suggests anyplace other than the U.S.A. This list is a surprise. AbeBooks has been the largest online retailer of old books for around two decades, and since they have been compiling these lists, they have generally been filled with American items. In recent years, European books have been sneaking in more often, but nothing like this. From the top 10, the closest we come is an American edition of a British law book, and a book about American birds, except it is exclusively devoted to South American birds. It is not until we get to a three-way tie for #13 that we finally find something that is "all-American."

AbeBooks latest list of highest prices covers the first three months of 2018, January-March. We find books related to Europe, South America, Central America, and Africa, just not North America. Of course, that does not mean that our prior assumption, that collectors are not from America, is true. They may be, only their collecting attention is directed elsewhere. Here, now, are the 15 most expensive items sold via AbeBooks during the first quarter of the year.

13 (tie). Keith Haring exhibition catalogue, from 1982, signed by Haring. This is the American item. Keith Haring was a 1980s New York artist, doing subway art, murals, even performance art. His career was short, dying at age 31. $9,500.

12. Alice's Adventures in Wonderland and Through the Looking-glass, by Lewis Carroll, a 1988 edition using the original woodblocks of John Tenniel's illustrations from the first edition. $9,530.

10. Exotic Ornithology Containing Figures and Descriptions of New or Rare Species of American Birds, by Philip Lutley Sclater and Osbert Salvin, 13 parts published 1866-1869. These may be American birds, but strictly from the tropics, south of the U. S. border. Why compete with Audubon? $12,000.

9. Encyclopédie, ou Dictionnaire Raisonné des Sciences, des Arts et des Métiers, by Denis Diderot and Jean Baptiste d'Alembert. This is a 1781 edition of this massive French encyclopedia of the Enlightenment. $12,800.

8. Africa: Being an Accurate Description of the Regions of Aegypt, Barbary, Lybia, and Billedulgerid, by John Ogilby. This is a 1670 first edition of the most extensive work of the 17th century in English on Africa. $13,300.

7. Introductio in Analysin Infinitorum, by Leonhard Euler, a 1748 first edition of a notable mathematical text. $15,000.

6. Photographs of Mexico, by Paul Strand. Strand was a pupil of Alfred Stieglitz who made several trips to Mexico in the 1930s to capture these photographs. This is one of 250 signed copies. $15,000.

3. Commentaries on the Laws of England, by Sir William Blackstone. Better known simply as "Blackstone's Commentaries," this is the first American edition from 1771-1772 of the most notable treatise on English law, and the basis of early American law as well. $18,000.

2. Die Fröhliche Wissenschaft, by Friedrich Nietzsche, an 1882 signed first edition of this work by the influential German philosopher. $22,500.

1. De Humani Corporis Fabrica, by Andreas Vesalius. Prior to Vesalius, human anatomy was based on the ancient Roman, Galen, who only looked inside animals as human dissection was not allowed. Vesalius was granted the right to dissect the bodies of executed criminals, enabling him not only to describe our internal works, but illustrate them as well. This was a second edition from 1555. $23,300.