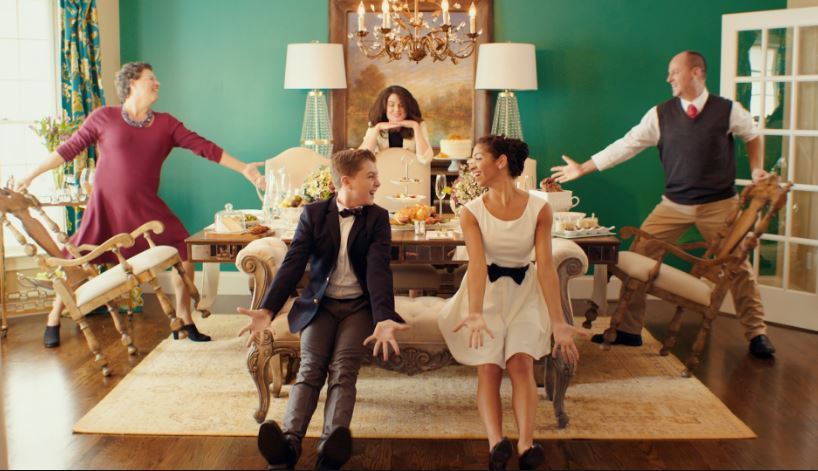 The happy Wayfair customers may not be so happy anymore if they have to pay sales tax (image from Wayfair Ad.).

The ability of states to require out-of-state retailers, which would include most rare and antiquarian booksellers, to collect their sales taxes will again come before the United States Supreme Court. Twice before, the Supreme Court has shot down such attempts by the states, but while the Court rarely reverses its past decisions, don't count on the mail order and internet retailers prevailing again. There are reasons to believe the third time may be a charm for the state taxing authorities and their allies, the retailers who sell from local stores.

Fifty years ago, the Supreme Court, in a case known as Nat'l Bellas Hess, determined that states were not legally able to require out-of-state sellers to collect their sales tax on items they sold and shipped to customers in their state. There were obvious issues of the extreme difficulty in retailers trying to keep track of all the state and local entities on whose behalf they would have to collect the right amount of tax and make payments thereto. However, inconvenience is not a constitutional issue. Overriding this issue is the Commerce Clause of the U. S. Constitution. It gives exclusive authority to regulate interstate commerce to the federal government. Therefore, if the out-of-state company had some sort of physical presence, or "nexus" within the state, such as a store, warehouse, or sales office, they became an instate retailer who could be compelled to collect sales taxes, even if the goods were shipped from afar. That was sufficient to make that retailer one of the state's own. However, without such "nexus," the retailer could not be required to collect sales taxes. That is why you will often see a mail order or internet seller say to add sales tax only if you live in one or more specific states. Those state(s) have nexus.

Twenty-five years later, the Supreme Court revisited the situation in a case known as Quill. The Court reaffirmed the Bellas Hess ruling, though in a reluctant manner. It took note of the increasing significance of mail order sales and lost sales tax revenue, but the Court is loathe to overturn in its own precedents. However, it more or less invited Congress to enact legislation to enable states to require out-of-state retailers to collect their sales tax. Since they had ruled that interstate commerce was in the sole purview of the federal government, it implied the federal government could enact legislation authorizing the states to demand their sales taxes be collected on goods sold in interstate commerce.

That was 1992. A lot has happened since then. The internet was invented. Untaxed sales have skyrocketed since the days when only traditional catalogue mail order was an issue. Amazon came and grew to become the nation's largest retailer. However, Amazon began opening warehouses, then stores, acquiring nexus in many states, and finally bent to pressure and began collecting taxes for sales in all states. Amazon itself is no longer an issue, but many other large internet sellers, and almost all small ones, do not collect sales taxes. That includes smaller, independent retailers who sell through Amazon, about half of the sales on Amazon's website.

Meanwhile, some U. S. legislators attempted to take up the Supreme Court's suggestion by proposing bills to provide the necessary federal authorization for states to collect sales taxes. Twenty-five years later, none of them have gone anywhere. The states' governors and legislatures have promoted these bills, but those states' federal senators and representatives have declined to pass them. No one wants to go on record as raising their constituents' taxes. None of these bills ever made it to a vote.

Now, something else has happened to make it more likely the Supreme Court will reverse itself. Justice Kennedy, a "no" vote in 1992, who reluctantly voted to uphold precedent, has all but proclaimed he will vote the other way this time around. The latest justice, Neil Gorsuch, has also advocated a reversal of the precedent. And now, the Supreme Court has agreed to decide the issue once again, in a case labeled South Dakota v. Wayfair, Inc. Wayfair may have just what the states need.

South Dakota initiated a challenge to Quill by passing a law that ran in its face, demanding out-of-state retailers collect their sales taxes. When Wayfair, Overstock, and New Egg refused, the state sued them. The case went to the South Dakota Supreme Court which ruled for the online retailers, as expected. The South Dakota court was sympathetic to the state, but ruled that it had no choice but to uphold the U.S. Constitution as interpreted by the U. S. Supreme Court in its earlier decision. That set up what South Dakota wanted, a chance to appeal the case to the U.S. Supreme Court and try to convince it to reverse that earlier decision. The U.S. Supreme Court declines to even listen to most appeals. It is already a warning sign to those who wish internet sales to remain mostly sales tax-free that the court has agreed to hear the case anew.

South Dakota argues that the ability of online retailers to avoid collecting sales taxes has a devastating effect on state revenues, harms local retailers that are at a competitive disadvantage because they do have to collect them, and questions whether the whole Bellas Hess/Quill precedent is good law in the first place. The lost tax revenue, the state argues, forces states to raise sales taxes even higher to make up for it, making local retailers even less competitive. Perhaps, but it should be noted that five states, Alaska, Delaware, Montana, New Hampshire, and Oregon, collect no sales taxes at all, and yet somehow manage to survive. There are other taxes available and widely used, such as income, property, utility, business, and various fees. The federal government, with its enormous budget, does not impose a sales tax.

The amount of money lost is not insignificant. South Dakota referenced a study that estimates the states will lose $33.9 billion in revenue due to uncollected sales taxes in 2018, $211 billion from 2018-2022. Of course, we all know who will have to pay that lost revenue, which is to say this is effectively a large tax increase.

South Dakota has been joined by 34 other states in asking the Supreme Court to overturn its old decision. That's 35 out of 50 states, and yet the federal legislators from those same states, who could reverse the effect of that decision by simply passing a bill, adamantly refuse to do so. That is a contradiction. What is the will of the people?

We should note one other danger in the court overturning this long-running precedent, rather than allowing the states, through their elected representatives in Washington, to make this decision. The unpassed bills in Washington, and the South Dakota legislation, all provide an exemption for smaller retailers. Some also provide for a unified collection system. The assumption is that large retailers will have access to computer software programs that make the assessment and collection of all of these taxes easy, something impossible in the old mail order days. South Dakota exempts retailers with either less than $100,000 in sales or fewer than 200 transactions in the state per year from collecting their taxes. However, if the U.S. Supreme Court drops the constitutional bar to states requiring out-of-staters from having to collect these taxes, there will be no limits on what a state can impose. It will be each state's constitutional right to place whatever demands it wants on out-of-state sellers.

The Wayfair case is expected to be heard by the court in April, with a decision to come down in June.