AbeBook Lists Their Top 10 Most Expensive Items for 2017 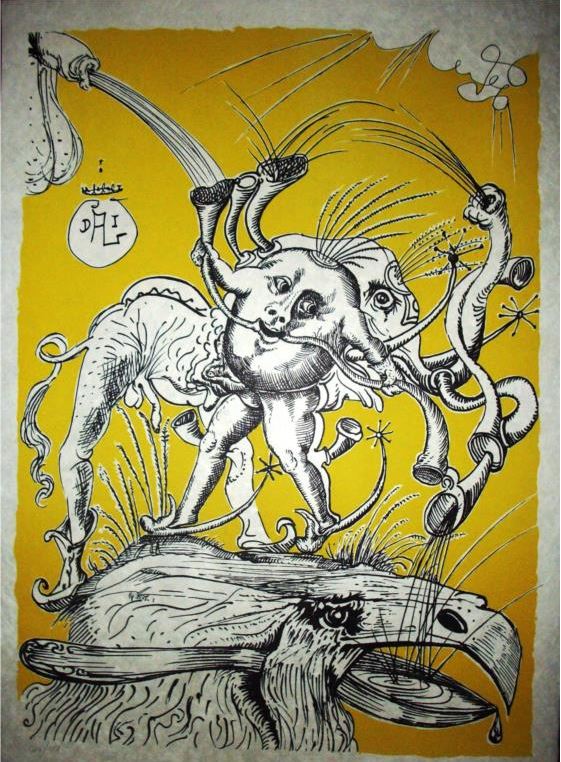 "I am" seem to be the magic words for the AbeBooks annual Top 10. Last year, it was "Sam I am," this year "I think, therefore I am." Who knew Dr. Seuss and Rene Descartes had so much in common? We don't know how many books are sold on AbeBooks' website each year, but it is many millions. Most are inexpensive, reading or studying copies. However, some of what you will find there are collectible, expensive volumes, for a following of serious book and paper collectors who inhabit their virtual stores. Here are what the most serious, or at least those with the largest budgets, bought last year. These are the ten highest prices reached among the millions of books sold on the AbeBooks website during 2017.

10. Principia Philosophiae + Specimina Philosophiae, by Rene Descartes. First edition of Descartes' major work on physics and philosophy. Source of the the familiar quote, "I think, therefore I am." $14,535.

8. Ueber die vierfache Wurzel des Satzes vom zureichenden Grunde. Ein philosophische Abhandlung, by Arthur Schopenhauer. This translates to "On the Fourfold Root of the Principle of Sufficient Reason. A Philosophical Dissertation," which probably doesn't tell English speakers much more than does the title in German. Schopenhauer in the years ahead developed many followers, but when this first edition was printed in 1813 in just 500 copies, most still had to be trashed for want of sales. $15,000.

7. Quadragesimale Aureum, by Leonardo de Utino. Forty-two sermons by de Utino, but the book is probably more notable for its early date than its sermons – 1471. $16,016.

6. Songes Drolatiques de Pantagruel, by Salvador Dali. This is Dali's 1973 adaptation of Francois Rabelais' illustrations of seriously grotesque monsters from his 1565 book. $16,840.

5. Les Passions de l'Ame, by Rene Descartes. Descartes is back again, this time looking at the connection between the soul and body. $17,500.

4. Speculum Historiale, by Vincent of Beauvais. There are not so many titles in English this year. This was something of an encyclopedia for its time, the thirteenth century. That was when it was written by Dominican Friar Vincent of Beauvais, but this edition was published in 1473. $18,900.

3. A Voyage Round Great Britain, Undertaken in the Summer of the Year 1813, and Commencing from the Land's-End, Cornwall, by Richard Ayton & William Daniell. Eight volume work, noted for its engravings of the British coastline. $19,300.

2. Warhol vs Basquiat Paintings Exhibition Poster. Andy Warhol and Jean-Michel Basquiat are dressed and gloved as boxers preparing for a fight. However, what was really happening is they were promoting a joint exhibition by the painters who collaborated in 1984-85, in time for this fall 1985 exhibition in New York. The poster is signed by both artists. $20,700.

1. Nine Stories, by J. D. Salinger. Little Brown & Company's only file copy of Salinger's second work, with a penciled word count calculation. This was before there were computer word counters. Someone must have done this by hand (or eye). For the record, it says 61,823. $22,500.

The complete AbeBooks Top 20 for 2017 and more can be found at this link: www.abebooks.com/collectibles/most-expensive-sales/2017/.