What to Do About a "Raging Bigot" of a Bookseller? 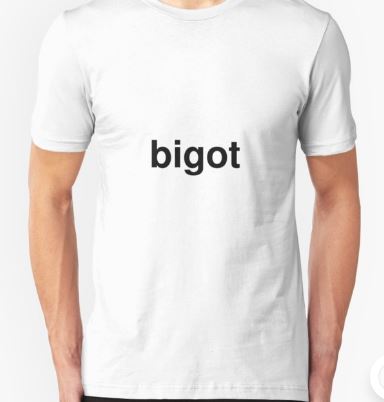 It wasn't the best of publicity for the antiquarian book trade. Actually, it wasn't particularly a book trade issue. Every type of business has its good and its bad. Still, a story about a bookseller in "The Ethicist's" column of the New York Times Magazine under the heading "Should I Keep Working for a Raging Bigot?" is not the kind of publicity you like to see.

The unnamed inquirer describes himself as "a graduate student in a program designed to prepare you for a career working with rare books and manuscripts." He works for an "antiquarian bookseller." This is good. We need more people pursuing the time-honored trade. He then pays his boss a compliment, saying, "It is just the two of us, and he pays me very well, allows me to work the hours I want, gives me a good deal of responsibility and is willing to give me in-depth training." All's well so far, but then, "He is, however, racist, homophobic, transphobic, bigoted and sexist." These attributes are definitely not so nice.

The writer's dilemma is whether to quit working for the man or is it acceptable since he is working for the experience and the money and would never hold such views himself. The Times' Ethicist obviously finds this situation challenging, at first seeming to support that he take a firmer stand about not discussing politics, but then noting he might get fired. If so, he could then consult an employment lawyer, or if he can't afford one, check with a clinic at a local law school (presuming there is one). This isn't a very satisfying answer for what is probably a graduate student struggling to scrape by day to day.

Ultimately, the Ethicist favors expressing his dissent more plainly so long as it is not of such magnitude as to jeopardize his employment. After all, the student is not responsible for the bookseller's behavior, and "leaving your job in protest would open up a spot — for another white man." The Ethicist's final suggestion is, at the end of his employment, to confront his boss "more forthrightly."

I will not render an opinion on this dilemma. We have all faced it, if not with bosses then with friends, family, neighbors, and such that express such obnoxious opinions. Is it better to confront, knowing the odds of success in changing that person's mind are about as great as finding an undiscovered Gutenberg Bible at a yard sale, or just let it slide? Since the New York Times is not paying me to offer ethical judgments, I'll stay out of it. But, here is what surprises me about this exchange. Are there really antiquarian booksellers who think like this?

The answer to the above question is, of course, yes. There are people like this in every field. Still, it is more disheartening and surprising to hear about them in the book trade. After all, book collecting doesn't generally attract illiterate, uneducated people, the kind you would most likely expect to hold racist and bigoted views. Book buyers are mostly the enlightened, book burners the ignorant.

What is such a person doing in our trade? It is doubtful that a person with such views otherwise conceals them, expressing them to no one other than his powerless assistant. Customers, who, as we know, are always right, could confront such comments if they are expressed. They hold the upper hand. Most importantly, fellow booksellers, who likely interact with this individual in trade organizations, at book shows, or through transactions, should make their views clear. Perhaps, trade groups, whose codes of ethics have naturally been focused on ethical treatment of customers, should address these broader concerns as well. All of us associated with books, as buyers, sellers, researchers, writers, serious readers, should make it clear that this is not who we are. We aren't. Peer pressure is more likely to have an impact than is that coming from a powerless underling.