Mr Cléry and “Fake-Book”, or the Last Days of Louis XVI. 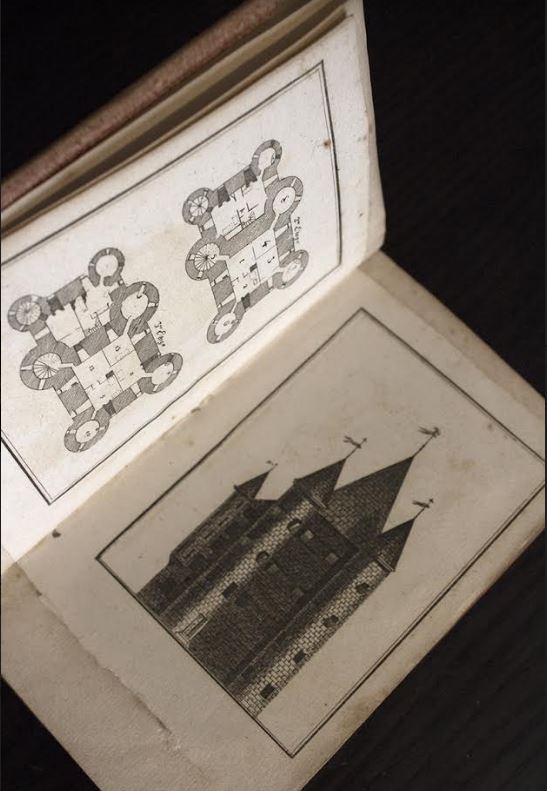 There was a post on Facebook the other day about the new evil of our times, fake news. Spreading through social networks, it has become a worldwide weapon of misinformation. This reminded me of an old book printed in 1800—fake news is nothing new.

The book I’m referring to is entitled Mémoires de M. Cléry, Valet-de-chambre de Louis XVI, ou Journal de ce qui s’est passé dans la tour du Temple, pendant la détention de Louis XVI; avec des détails sur sa mort... (Memoirs of Mr. Cléry, Journal of What Happened at the Temple Tower during the Detention of Louis XVI, featuring unknown details about his death), and it was allegedly printed in London*. It is the reworked version of a book first published in 1798**. In fact, the revised preface makes it clear that the first edition was actually the fruit of the ill-intentioned ghost writer to whom Mr. Cléry had given his notes. “In so much that the truth that came out of my mouth became a bunch of lies under his pen,” he writes. “My writer turned the petty hair-dresser that I am into a man of importance, whose political views might be of consequence on the European affairs.” Damn! Does modesty ever reach that point of self-denial? Well, this preface is, just like the whole book, a forgery.

This book was most likely printed in France, on order of the revolutionary government to belittle the emotional impact of the original memoirs of Mr. Cléry. Although the latter were not, so to speak, political—but the mere testimony of a heart-broken servant, who had witnessed the last moments of Louis XVI before he was beheaded in 1793—, they had become a thorn in the side of the new-born Republic. The exiled royalists still hoping, somehow, to regain power, used it as propaganda to expose the “tyranny” and “heartlessness” of the King’s enemies.

Curiously, this book that was several times reprinted became dangerous precisely because it contains no political statement. Mr. Cléry was just a servant—attached to the King since 1782, seven years before the Révolution—, and although he clearly blames the way the royal family was treated, he doesn’t really pass comment on historical events. The forged edition insists on his so-called incapacity to analyse them anyway: “My modest occupation has always prevented me from understanding the true causes of events, and from questioning those who knew.” But this was a pointless attack since the strength this book lies in the intimate portraits Cléry gives of the King and his relatives; by making them more human than “royal”, he inevitably awoke compassion among the public.

The opening scene of Cléry’s memoirs takes us to the Tuileries, Paris, in 1792, during the raid of August 10. A group of angry citizens swarmed the place, and Mr. Cléry escaped by magic. He then witnessed the massacre which took place on Louis XV Square through the window: “Some murdered, others cut the heads off the dead bodies; some women, casting away all modesty, mutilated the corpses, tore them to pieces and proudly exhibited their trophies.” The royal family was then transferred to the Temple Tower, where things got worse. One evening, as the servants were dining, “a head placed on a pike was thrown against the outside window,” Mr. Cléry writes. “They thought the King would be inside, and would see it. It was the severed head of Madame la Princess de Lamballe (one of the Queen’s ladies—editor’s note); although covered with blood, it was still quite recognizable. Her blonde and curly hair was floating around the pike.”

In the middle of chaos, life went on. Mr. Cléry describes the ordinary life of an extraordinary man: “The King usually woke up at six; he would shave himself, and then I would comb his hair, and dress him up. Then, he went to his reading room—it was so tiny, the guard had to wait outside, leaving the door constantly ajar. His Majesty knelt down to pray for five or six minutes’ time, and then read until 9. Meanwhile, after tidying the room and dressing the table, I would go downstairs to see the Queen.” The King was a keen reader, and Mr. Cléry discloses a few titles among his favourites: Buffon’s Natural History, Hume’s History of England, the Imitation of Christ or the works of Montesquieu. Regarding the latter, a curious note in the forged edition explains: “Louis XVI wanted to read Montesquieu, and thought he ought to ask the permission to the Pope, since the books of this philosopher were blacklisted by the Church—the Pope sent the permission to Versailles, in 1787.”

Everyday around seven, Cléry’s wife, who had remained outside, sent a man to declaim the latest news under the window of the Tower. Locked in the King’s reading room, Mr. Cléry didn’t miss a word. Then he went downstairs to see the Queen and the Princess. “A sign meant I had something to tell them—one of them would entertain the guard while I was talking to the other.” Nothing was spared to the royal family. As they were going out for their daily walk, the guards blew smoke in their faces, laughed at them; not to mention the writings on the walls such as “We’ll starve the Big Pig”, “The Cubs Shall be strangled”, or “The guillotine’s Waiting for You.” Louis XVI had never been a bloodthirsty monarch and was still loved by many. His suffering stoically under the hands of the “wicked” gave him the dimension of a martyr—and the revolutionaries a bad name.

Up until today, it is very hard to have a clear image of who Louis XVI truly was. A bad King? Not really. He was rather human, in fact. But he was not a good King, either, and proved himself unable to cope with the situation. In fact, he gave the feeling of watching idly as his kingdom was going to waste—he was probably too soft a man for such a tough period. Yet he remained the symbol of the Ancien Régime, and his execution meant that France was crossing the Rubicon—no turning back. But Cléry didn’t care about symbols; he focused on intimate moments, such as his last interview with the King, just before the execution. “I handed him his redingote. “I don’t need it, he said. Just give me my hat.” His hand then touched mine, which he gripped for the last time.” The King then went out with his executioners, while the valet remained in the Tower. “One hour later, I could hear a salvo, followed by the shouts of “Vive la nation! Vive la République!”... The best of Kings was no more...”

No one could read those lines without being moved by the stoic attitude of the King—as a matter of fact, a short note follows them in the forged edition: “There’s a fact no one who was inside the Tower would deny, and it is that when the King left to walk to the scaffold, he thought he was only moving to another prison.” Hence his courageous attitude?

Was the King’s death necessary? Maybe. On the contrary, nothing could ever justify the terrible death that his young son suffered later on—he died of mistreatment. Unfortunately, in those crucial times, compassion was a luxury the Révolution couldn’t afford—and didn’t want others to afford. And they were right to fear both the royal family and this little book, as shown by a very rare edition that came out in 1814***; on August 5, 1814, to be precise—as mentioned on the title page. It means it came out during the First Restoration, when the Bourbons (kings of France) came back to power between spring 1814 and March 1815. So the “royal seed” was not extinct, after all. Symbols are hard to kill.

History is a matter of facts and dates; and the former often vary according to the latter. This 1814 edition, given by the inheritors of the author, has a very powerful historical symbol—and symbols play a key role in history. French royalty had not perished with the last king, after all—and its (short-lived) resurrection was celebrated by these memoirs that portray the King as a martyr. Blessed are the meek, the Bible reads. But who are the meek? Well, it depends—on dates, and places.