A Bombed Out Library Is Assisted by Another Over 2,000 Miles Away 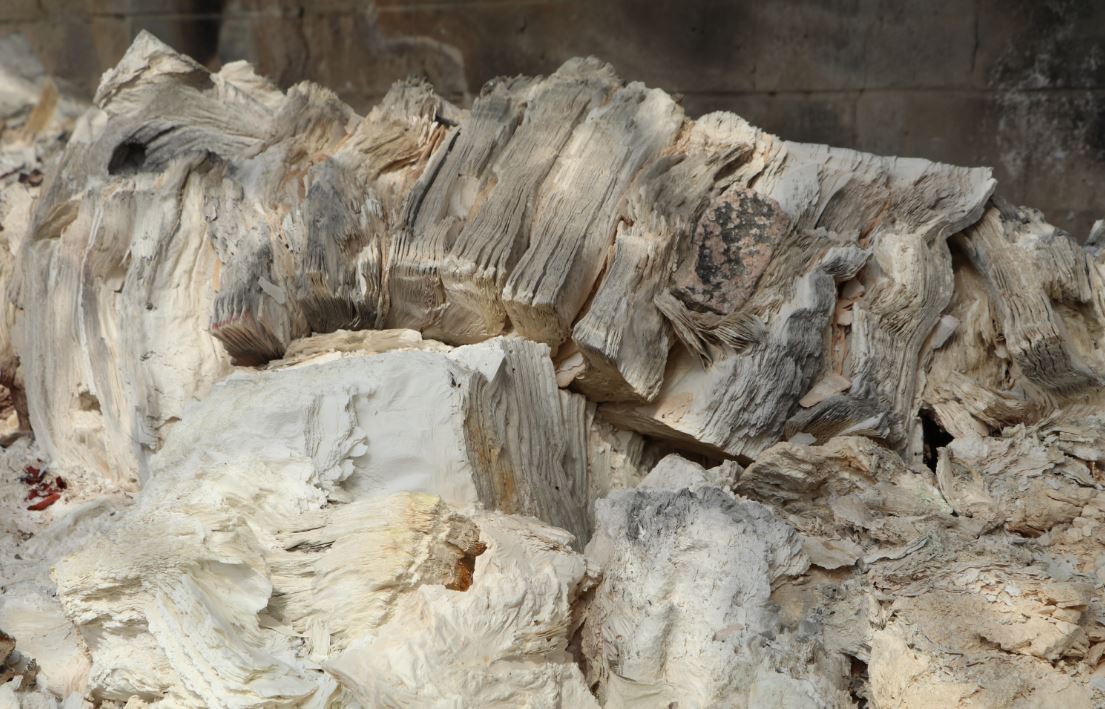 Books in the Mosul University Library (People In Need photo).

The story of the Mosul University Library, like that of so many things in Iraq, is one of enormous tragedy. The library survived the Iraqi War, though it brought numerous hardships to the city. There was off and on fighting, always danger, and many abandoned the city. Still, the university persevered. Then, in 2014, ISIS captured the city. A bad situation got much worse. ISIS controlled the city and the university until this past summer, when their last remnants were forced to flee. The university was finally liberated, but unfortunately, there was not that much left.

When ISIS took over the University of Mosul, it shut down most classes. Other than its own brand of fanatical Islam, they didn't believe in teaching much of anything. Only the schools of medicine, pharmacy, and dentistry were allowed to continue. Chemistry laboratories were apparently converted to bomb-making facilities. What exactly happened in the library is unclear. ISIS held public book burnings at the city library. Whether a large number of books were also burned or otherwise destroyed at the university library during this period is less certain. They would have had no use for most of the books there, but not being a prime location for a public display, they may not have had the time or manpower to devote to destroying the contents. There were over one million books and other documents and forms of paper within. They may have been too busy to undertake all that destruction in a library when they had a war to fight.

Regardless of how much or how little survived the years of ISIS occupation, the final battle for Mosul proved terribly destructive. ISIS snipers, some willing to fight to the end, inhabited buildings in the city. Others heaved firebombs at their targets. House to house combat with fighters who have pre-established positions is almost suicidal. So, government forces called in the bombers and rained bombs from the sky. Whether by bombs dropped from airplanes or firebombs thrown by ISIS' hand, the library suffered severe damage. Fires raced through its floors. The structure suffered enormous devastation, the books almost total destruction. The Mosul University Library was left as little more than a burned-out shell.

After such horrific events, it's heartening to hear a story of man's humanity, rather than inhumanity, towards man. The story of the Mosul Library's destruction made its way to employees of the Library of the Faculty of Arts, Charles University, in Prague, the Czech Republic, apparently through an article in the New Yorker. They wanted to help. I'm not aware of any particular connection between the Czech Republic and Iraq, other than a shared belief in helping others held by the best people of those and all lands. The people at the library in Prague began collecting monetary donations for the Mosul library. They didn't choose to collect books – language differences may have limited the value of such a contribution and donations of books are easier to come by. The Mosul Library already has many donated books in warehouses and the U.N. has helped with cleaning up the burned out premises. The bigger need now is rebuilding the badly damaged structure, and nothing is more helpful for this need than money.

Naturally, contributions at one library are limited, so the people at Charles University reached out to other university libraries and institutions. Not having connections with Mosul itself, the donors solicited the aid of People In Need. People In Need is Czech humanitarian organization that helps people both in their homeland and dozens of countries around the world. They were already operating in Iraq. Staff at the Mosul University Library will determine how best to allocate the funds, while People In Need will deliver the funds and see to it that they are put to the proper use.

The fundraising effort will continue until the end of December.