The Aristophil Scandal: the epilogue 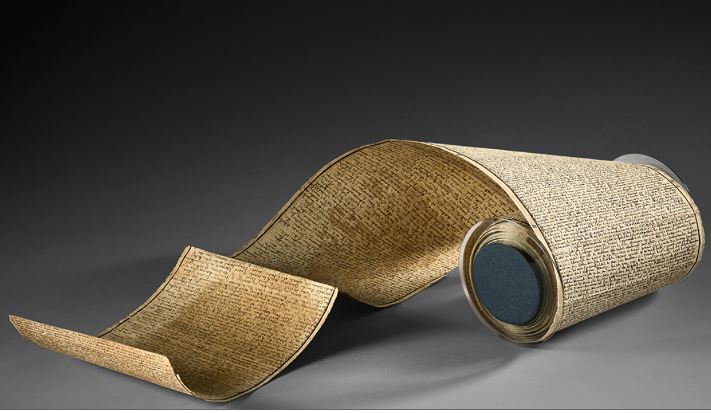 The first “Aristophil sale” will take place this month in Paris, France, as an epilogue to the “biggest scandal in the history of autographs”.

The Aristophil case started in 1990, when Gérard Lhéritier, a former insurance salesman, decided to speculate on precious documents—he thus started to collect funds from investors in order to buy precious autographs and manuscripts, promising an unexpected 8% efficiency. He bought gorgeous materials, opened a small museum, Musée des Arts et des Lettres, and soon attracted attention. As a matter of fact, now for sale on court order, it leaves us speechless: “I’ve never seen such a rich collection,” Ariane Adeline, expert for the first sale to be held by Aguttes* on December 20, tells Le Parisien. “It goes from antiquity down to the 20th century.” Among these jewels is the manuscript roll of Sade’s 120 Journées de Sodome—bought for 7 million in 2014—, some authentic manuscripts of Victor Hugo, Balzac, Proust, André Breton (including Le Manifeste du surréalisme—800,000 to 1,000,000 euros), and President Kennedy. Listed in the collection is also the wedding contract of Napoléon 1st and a wonderful medieval manuscript of Quinte Curce’s Life of Alexander, richly illustrated (300 to 500,000 euros), as well as the journal of Candee Helen Churchill, who survived the wreck of the Titanic—her story inspired James Cameron for his movie (estimation: 400,000 euros). When the police seized the whole collection in 2015, it amounted to 130,000 documents. This part of the story was not a forgery: this is a very impressive collection—yet highly and deliberately overestimated.

Lhéritier’s business seemed suspicious from the start—especially to booksellers, who knew the market too well to conceive his making so much money. Yet, many worked with him. Could they be unaware of what was going on to the prejudice of some 18,000 investors? Though he fell through the cracks for a few years, Lhéritier is currently facing charges of “gang fraud” and “unfair commercial practice.” With his business partners, he was in fact probably** running a Ponzi scheme, paying the old subscribers’ dividends with the money of the recent ones. He also allegedly overestimated the documents he had bought with the money of his investors, so that he could “resell” them with a 150% profit to... his investors!

The auctioneer Claude Aguttes considers that the first “Aristophil sale”, to be held on December 20, at Drouot’s, should not cover “more than 10 or 15% of the price paid by the investors of Aristophil” (Le Monde). On the whole, the latter spent some 850 millions euros over this collection. Most of them were small savers, who didn’t know anything about manuscripts—and didn’t give a damn. One of them explains to Le Monde: “We were just in for the money. There was no way we would go to Paris to look at some old pieces of paper.” Others were apparently more aware of their contribution to the national heritage: “A broker (...) would visit my parents, driving his flashy Jaguar,” one Xavier, whose parents invested 1.8 million euros in Aristophil, tells Le Figaro, “and then would take them to the Musée des Arts et des Lettres. They felt like they belonged to an elite, who knew how to invest their money. To be the co-owners of Le Petit Prince also meant a lot to them. My mother kept a photograph of the manuscript.”

This story made a lot of noise because Aristophil was an international firm, with many ramifications; plus, Lhéritier is a “political” figure. For example, he gave millions of euros to the city of Nice, where he resides, and influential politicians like Rachida Dati or Christian Estrosi are his friends. In 1996, he was already suspected of being a crook—but the judge in charge was “dismissed” from the case, and Lhéritier cleared of all charges in 2005. In this particular case, the city of Monaco itself was even accused of complicity. Gérard Lhéritier is what we call a “big fish”.

To make the story even more novelistic, Charlie Hebdo revealed that Lhéritier and his relatives won 169 million euros at the Euromillions lottery in November 2012, reinvesting 35 in Aristophil. But that was not enough. The financial authorities eventually found out about the alleged scam and put an end to it. This was yet a nice story. Making big money with precious documents? A dream for some—almost a revenge for others. But the miracle was a fraud. “All right, but still—the museum attracted a lot of people from all over the world,” an enthusiastic bookseller tells us. “We must acknowledge it! It proves that, should the proper money be invested, it could work!” That’s how miracles work: people just want to believe in them.

This will not be a short epilogue. “The Aristophil Collections will be dispatched over the next six years,” the first catalogue reads. “We expect to hold 300 sales.” Furthermore, the estimated 12 to 16 million euros that the global sale is expected to generate might create other legal problems as some documents are co-owned by 2,000 various investors! To make things worst, the Ministry of Culture has just stated that the whole collection should not be dispatched but donated to the state—freely. Scammers everywhere!

** According to the French legal system, Gérard Lhériter is considered innocent until proven guilty.