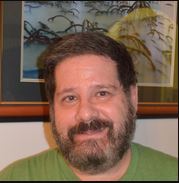 An Australian scientist with a long resume of published works has pleaded guilty to defrauding the government of over half a million Australian dollars, primarily to purchase books. Dr. Daniel Michael Alongi, an American native who obtained his undergraduate degree at City College of New York, and his Ph. D. from the University of Georgia, has worked in Australia since 1985. From 1985-2015, when he was suspended pending resolution of the charges, he was employed by the Australian Institute of Marine Sciences. It was there that he issued numerous false claims for reimbursement of funds for non-existent purchases.

Dr. Alongi has an extensive number of publications according to his ResearchGate page – 186 in all. He also has a long number of false claims for reimbursement of purchases on his resume according to the Townsville District Court – 129 of them. Along with about $50,000 Australian of legitimate claims, there were 129 false ones totaling $553,420 (or about $450,000 in U.S. dollars). Dr. Alongi was paid around $100,000 per year in salary, but this was insufficient to cover his appetite for books. Some will understand the appetite if not the means of satisfying it.

According to the prosecutor, Alongi created or modified invoices, credit card statements, receipts and the like. He forged the signature of his supervisor a minimum of 25 times. It was evidently her recognizing the forged signatures of her name that led to Alongi's arrest.

Judge Kiernan Dorney explained that he used the money to buy rare books, making many purchases on Amazon. One was a $15,000 purchase of one of the accounts of 18th century explorer James Cook, the most famous seafaring explorer of Australia and the Pacific. Still, the precise motivation of Alongi is hard to fathom. He was not selling the books for profit or to launder the fraudulently obtained funds. Nor was he a collector in the sense of being truly passionate about rare books, the classic bibliophile. According to the Townsville Bulletin, Judge Dorney offered the following hard-to-understand observation about the defendant - "What he bought was things that he did not need. It wasn’t an addiction such as gambling, or spending on his own lifestyle, it seemed to be bizarre things — I think you could say ridiculous things." We presume that the Judge meant that stealing money to purchase books, considering Alongi's unclear interest in them, was ridiculous, not that books in themselves are ridiculous things.

Defense attorney Justin Greggary had his own explanation for Alongi's strange behavior. He provided the court with a psychiatric report saying the defendant suffered from bipolar disorder. According to that report, the condition caused Dr. Alongi, during manic times, to go on "unrestrained buying sprees." Finally, we have a "scientific" explanation for bibliomania. That diagnosis notwithstanding, the Judge sentenced Alongi to 3 ½ years in prison, though he will be eligible for parole in six months. He had previously paid back the misappropriated funds from his pension account, in which the 60-year-old scientist had accumulated $900,000.

This unfortunate case did bring out a chorus of "I told you so's," though not from the usual list of suspects, such as people who think the government wastes money, those who think we are too soft on crime, nor even spouses of book collectors. Instead, it brought out many responses from climate change deniers. Alongi specialized in coastal environments, reefs, mangroves, and the climate of the area. Like most scientists, he concluded from his observations that the climate was changing. For the deniers, Alongi's fraudulent billing of the government represented convincing evidence that climate change is also a fraud. It was as if a finding that Galileo embezzled government funds proved the sun revolves around the earth after all. It's a strange argument, but as any climatologist will tell you, any port in a storm.