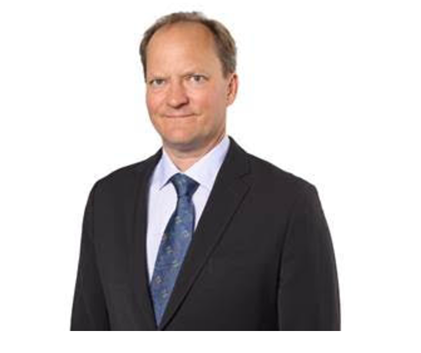 Bonhams is pleased to announce that longtime Christie’s rare book specialist Ian Ehling will join the New York office as Director of Fine Books & Manuscripts, beginning June 1.  Ian has more than 34 years of bookselling experience, and has appraised and catalogued thousands of the rarest and most exquisite books to come to market in the last three decades. Ian is joined in the New York office by Senior Specialist Darren Sutherland, longtime head of the rare book room at the venerable NYC institution, the Strand Bookstore. Together, the two men bring more than 50 years of bookselling experience to Bonhams.

“I’m so pleased to be working with both Ian and Darren,” said Catherine Williamson, US Director of Fine Books and Manuscripts for Bonhams.  “Each brings a tremendous depth of experience to Bonhams.  But more than that, they are great guys, the kind of colleagues you are lucky to have in the office.”

Ian’s career began as an apprentice in a Munich bookstore in 1982.  By 1986 he had relocated to Berlin where he worked for an antiquarian bookseller advising collectors, cataloguing books and representing the company at auction in Germany and abroad.  In 1993 Ian was awarded a prestigious Bertelsmann Foundation fellowship that sponsored his work at Swann Galleries in New York.  Later that same year he joined the staff at Christie’s, where he rose through the ranks to become a Senior Specialist.  He was with Christie’s for 23 years before leaving to assume the directorship of the Bonhams Books & Manuscripts department in New York.

In his long career, Ian has worked on more than 150 auctions, many of them record-breaking, including The Haskell F. Norman Library of Science and Medicine ($18 million, 1998); Masterpieces of Modern Literature: The Library of Roger Rechler ($7 million, 2002); the Sachsen-Meiningen Set of Audubon's The Birds of America ($5.8 million, 2004); Important Books and Atlases: The Library of Kenneth Nebenzahl ($12 million, 2012); Arthur and Charlotte Vershbow collection of illustrated books ($16 million, 2013); Jean R. Perrette: Important Travel, Exploration and Cartography ($9.5 million, 2016).

Ian has also overseen numerous successful consignments and institutional sales including the three-part single-owner sale of The Detective Fiction Library of Richard M. Lackritz ($780,000, 2002), setting a world record for a single-owner sale in that genre;  A Vitruvius collection consigned by the Metropolitan Museum of Art that included a copy of the first edition of De architectura, Rome, 1487, a world record for a book on architecture ($881,000, 2007); and the sale of Newton’s Philosophiae naturalis principia mathematica (London, 1687), the presentation copy to King James, ($2.5 million, 2013).

Ian has lectured for New York University and the Appraiser Association of America.  He has been a member of the Grolier Club, the oldest existing bibliophilic club in North America, since 1999.

During Darren Sutherland’s ten years at the Strand Bookstore, he has seen and handled valuable and interesting material in all fields. With a degree in English Literature from the University of California at Berkeley, he began his career in the book trade as the first employee of Iconoclast Books, a vibrant retail bookshop in Sun Valley, Idaho. Over the course of a decade he helped grow the fledgling store into multiple locations, with a particular focus on first edition Hemingway, books on fishing, and western Americana.  He has provided commentary on the book markets for numerous publications, including Esquire and the Wall Street Journal.