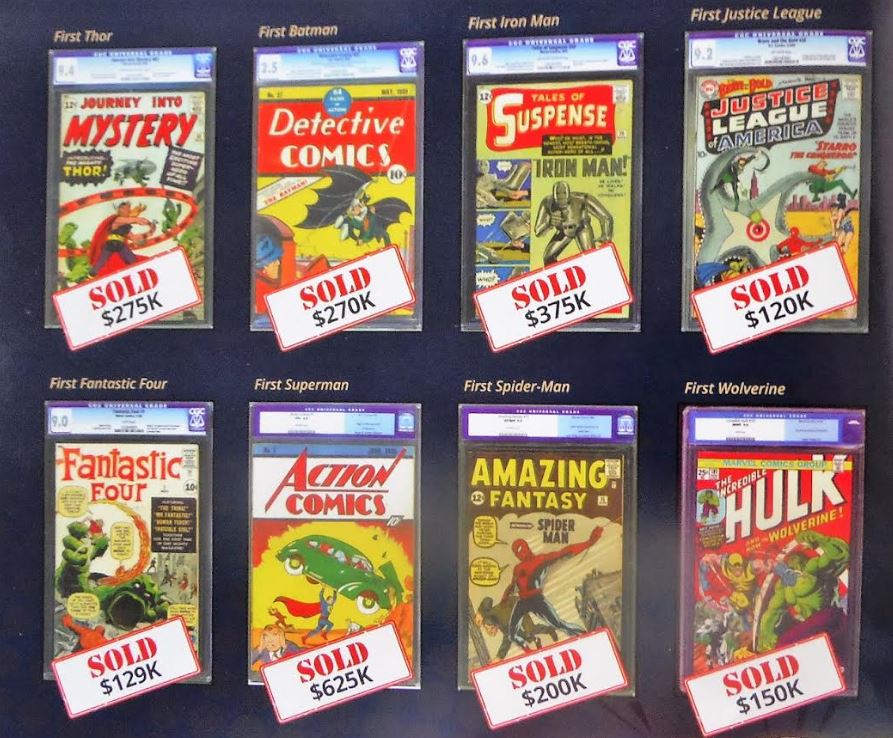 “By the shore of Gitche Gumee,

At the doorway of his wigwam,

In the pleasant Summer morning,

When my father was a child in the early years of the 20th century every school child knew Longfellow’s Hiawatha, and - oh best beloved - had read and re-read Kipling’s Just So Stories. The best seller lists of those years were populated by authors with three names like John Kendrick Bangs, Gene Stratton Porter, and Frances Hodgson Burnett. His own personal favorite in the three names department was James Branch Cabell, and though I still have my dad’s own copy of Jurgen, it’s been a mighty long time since I’ve cracked the covers.

A hundred years later, in the summer of 2017, it’s doubtful that most of what the last century admired in printed word will survive the crossover into the digital era, much less remain popular, collectible or go up in value in our own day. With that in mind, there's no time like the present to take stock of who will and won’t be with us in years to come, though your guess is as good as mine when it comes to anticipating what keeps a work of fiction or nonfiction fresh and relevant despite the passage of time.

Consider a book like The Tale Peter Rabbit by Beatrix Potter, which first saw the light of day as a private printing of 250 copies in December 1901 and has never been out of print since then. Peter and other titles in the series have subsequently sold over 150 million copies in 35 languages according to Wikipedia.

Other titles in the 100 million or more club include: Don Quixote, The Tale of Two Cities, Lord of the Rings, The Little Prince, the Harry Potter books (Wikipedia estimates the series sales at over 500 million), the Hobbit, She (Who Must Be Obeyed), and the Narnia series. Despite changing tastes all of these seem likely to continue in popularity whether in printed or digital form. On the non-fiction side a few titles that seem destined to endure include the Prince, Origin of Species, Anne Frank’s Diary of a Young Girl, Autobiography of Malcolm X, all in print and all seem to be selling just as well now as they did in years past.

In addition to those already mentioned, here are a few of my own nominations for books that were popular in the 20th century that will continue to be read through the 21st century and I predict will maintain their value as collectibles in the correct editions (in no particular order):

Atlas Shrugged; The Fountainhead; Catcher in the Rye; To Kill a Mockingbird; Gone with the Wind; Mastering the Art of French Cooking; How to Win Friends and Influence People; Ulysses; Animal Farm; The Hobbit; 1984; The Godfather; Where the Wild Things Are; Cat in the Hat; Goodnight Moon; Alcoholics Anonymous Big Book; all the James Bond thrillers; 100 Years of Solitude; Pride and Prejudice; Winnie the Pooh; Sherlock Holmes; Lolita; Fear and Loathing in Las Vegas; Do Androids Dream of Electric Sheep?; Blood Meridian; One Flew Over the Cuckoo’s Nest; all Emily Dickinson; Howl; On the Road; all of William Blake; and Gnostic Gospels to name a few.

Notice how many have already disappeared and how many more are apt to fade in the coming decades. Quite a comprehensive view of the fleeting nature of popularity can be found in this link that goes through best sellers and critically acclaimed books of the 20th century year-by-year. www.ocf.berkeley.edu/~immer/booksall

As for 20th century drek: here are a few of my picks for books that once were popular but IMHO you won’t be able to give away much less sell -- In the Kitchen with Rosie; Bridges of Madison County; The Da Vinci Code; Jonathan Livingston Seagull; Your Erroneous Zones; Anything with “Chicken Soup” in the title; Tuesdays with Morrie; The Celestine Prophecy; Fifty Shades of Grey; The Purpose Driven Life, and The Seven Habits of Highly Effective People. All of them are books that sold multi-millions of copies but have little or no present or foreseeable future monetary value.

Comics the sleeper of the print world

To me the great sleeper phenomena in the world of print in the 20th century was the incredible rise in popularity and value of comic books. While we were busy focusing on books, an enormous audience turned their attention and collecting dollars to comics.

For example, book fairs and other events aimed at rare and collectible book enthusiasts may draw an audience of a few thousand. Compare that with he numerous comic conventions which boast attendances in the six figures and growing.

Even more astonishing are the prices realized for desirable comics, which now routinely bring eye-popping figures. A 2016 ad for a comic auction house displays six SOLD prices ranging from $120,000 to $625,000, top dollar prices paid for merchandise that until recently was considered of little value. In contrast, the most expensive book sold on ABE books in 2016 was an 1866 American edition of Alice in Wonderland which brought $36,000.

If you’re a dealer or collector thinking about what the future might hold for print this is a dramatic illustration of how tastes, markets and prices have shifted. If you're waiting for Hiawatha to rebound, you may wait a long time.

To jog your memory on what the 20th bought and read here are a few lists of popular books through the last 100 years. Try making your own list of what will survive the 21st century.

Some interesting links for popular books of the 20th century