Pick of the Litter 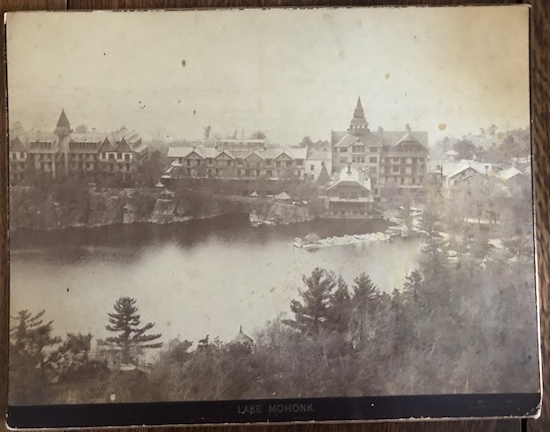 Once a year or so I receive an unpretty box that is wrapped in a nuclear-proof way to ensure the contents arrive in good order.  The shipper is one of the great holdouts to today’s upscale packing conventions that have slowly become the norm over the past twenty years.  But not every dealer has taken the plunge and not this one in particular and I have no complaints for this dealer shops on my behalf for most a year and then, when prompted, admits he’s got a box or two of interesting material that he’ll soon send along.

Soon is a rather vague term.  If you are late to turn in homework I can confirm that “soon” doesn’t cut it.  But from experience soon is this gentlemen’s vague but ultimately reliable promise and so it was a few months back that a box, deep into its second life after having been born a storage box, emerged with the appropriate groans of the post office staff, “What’s in this box anyway?”  When/if I mention “it’s books” it often prompts an “Oh really?”

The book dealer?  It’s Peter Luke of New Baltimore, New York [on the Hudson River south of Albany] and this is an annual rite.  He lives near to the area I collect and looks for ephemera and the occasional book for me.  Every collector should have such support.

This year’s material is a single box that weighs 19.8 pounds.  Fed-ex Ground, now contesting the United Parcel Service’s dominant position in the delivery business, brought the box overland and delivered it in good order.  The box is recognizable for the exceptional amount of wrapping tape employed.  Peter’s boxes don’t fall apart.

Peter’s note, with the shipment, mentions that the material is not well described.  Okay, I’ve received these shipments for many years and they are never described at all.  He provides a list written in a cranky hand with a brief name, item number, and price.  The prices fall into the mid-range generally [for rarity, condition and importance].  This year there are 52 of them, more than 90% of it ephemera, that price out at $4,655.  There is also an incentive to buy all the material, this year a $1,405 discount which is void if I take even one item less than the full group offered.  In past years I’ve tried to divide the material into more and less desirable groups but the math just doesn’t work that way.  So I buy everything.  It’s much simpler though my family will someday ask “Why did Dad buy 3 copies?”  For that possible occasion, I’ll leave notes in these multiple copies suggesting they ask Peter himself.  For myself I have no complaints.

Here are the 52 items I purchased this year:

As is always the case some of the material is exceptional and others simply good.  Overall, the shipment is simply great, good fun.  So I’m already looking forward to next year’s shipment to discover what he’s recently located.

Here’s the guy in the flesh.  Consider him highly recommended.