The American Library Association States Its Opinions on Events in Washington 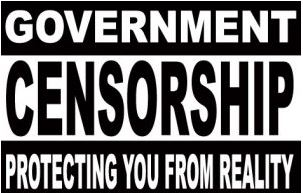 The upheaval in Washington has reached into even the American Library Association. The ALA is not the staid organization one might think, a bunch of cliché librarians telling everyone to be silent. They regularly speak out about topics vital to readers, such as banned books and censorship. Forays into the political world usually revolve around local issues, or activities in Washington specifically affecting censorship or reader privacy rights. However, events in Washington since the change in administrations has led to some sharp commentaries and resolutions from leaders of the ALA concerning activities at the highest levels of the American government. These are tumultuous times.

Several statements have been issued by the ALA over the past few weeks. The recent travel ban, put on hold by the courts a short time later, elicited a rebuke from Julie Todaro, President of the ALA. In her statement, posted on the ALA website, Ms. Todaro states:

“We are shocked and dismayed by recent executive orders and other actions by the new administration, which stand in stark contrast to the core values of the American Library Association (ALA). Our core values include access to information; confidentiality/privacy; democracy; equity, diversity and inclusion; intellectual freedom; and social responsibility.

“The American Library Association strongly opposes any actions that limit free access to information, undermine privacy or discriminate on any basis. This includes the temporary suspension of visas and entrance to the US based on anyone’s nationality or religion as well as the increased scrutiny of any individual’s communication such as mobile phone and/or social media activity.

Our nation’s 120,000 public, academic, school and special libraries serve all community members, including people of color, immigrants, people with disabilities and the most vulnerable in our communities, offering services and educational resources that transform communities, open minds, and promote inclusion and diversity.

“ALA believes that the struggle against racism, prejudice, stereotyping and discrimination is central to our mission. We will continue to speak out and support efforts to abolish intolerance and cultural invisibility, stand up for all the members of the communities we serve, and promote understanding and inclusion through our work."

In another action, the ALA Council saw need to reconfirm and update a 12-year-old policy on disinformation, media manipulation, and destruction of public information. In this reaffirmation, the ALA committee cited both the government and private organizations that distribute news, or what purports to be news. Issues cited were:

"the distribution of fake news via websites, social media, and traditional media under the guise of independent journalism;

"the increased potency of disinformation due to the confirmation bias effect of personalized newsfeeds, social media sharing, and web search algorithms (i.e. the filter bubble);

"propaganda campaigns and cyberwarfare operations conducted by governments and non-state actors to influence or disrupt the domestic affairs of adversaries;

"the use of paid political partisans as commentators and analysts on news networks and publications; the rise of branded content that are advertisements masquerading under the guise of legitimate reporting in many publications;

"the suppression or removal of scientific studies and data that disagree with possible policy positions, for example, the human effects on climate change;

"the removal of public information from U.S. depository libraries and the libraries of government agencies;

"the unreasonable delay or denial of public records and Freedom of Information Act (FOIA) requests and heightened assaults on constitutional rights under the guise of national security;

"attacks on the reputation of news organizations and intimidation of journalists."

Yet another volley was fired by James LaRue, Director of the ALA Office for Intellectual Freedom. OIF Director LaRue roundly criticized indications that the new administration wished to silence other viewpoints in government agencies, scientific conclusions in particular. He thought it necessary to speak out as this runs counter to some of the ALA's most fundamental principles, supporting the free flow of information and all points of view, regardless of whether they are supportive of government positions. LaRue cited a quote from Doug Ericksen, head of communications for the administration's EPA (Environmental Protection Agency) transition team, given to NPR: "We’ll take a look at what’s happening so that the voice coming from the EPA is one that’s going to reflect the new administration."

LaRue countered this by pointing to the EPA's Scientific Integrity Policy, which states, "Science is the backbone of the EPA’s decision-making." It continues that "...the Agency’s scientific work is of the highest quality, free from political interference or personal motivations." LaRue then offers his own observations:

"To restrict citizens’ access to information essential to their health because it fails to agree with the political viewpoint of a particular administration is blatant government censorship. Rather than returning power to the American people, such strategies endanger us.

"The Office for Intellectual Freedom strongly condemns this heavy-handed attempt to silence the scientific community. The people pay for the EPA, and are entitled to hear from it, unfiltered by the biases of the current administration."

As Thomas Paine said of 1776, "These are the times that try men's souls." So are these. Beliefs and values, held by many for so long, are suddenly under challenge. Societal issues, long ignored, have led to rebellions, headed by leaders some people adore, others find alarming. There is little middle ground any more.

The abrupt changes are most notable in America, but such revolutions are now poised at Europe's doorstep as well. The fears are exacerbated by what some find a baffling and disconcerting admiration for the authoritarian, often brutal leadership of Russia. To the West, Russia has been an adversary in good times, an enemy in bad. Never before has it been seen as a role model. "Conservatives" seek radical change, "liberals" want something more akin to the status quo. Down is up and up is down. Call those "alternative facts" if you will. The ALA has taken a position. It is a position deeply embedded in their DNA. You may agree or disagree, at least for now you still can.