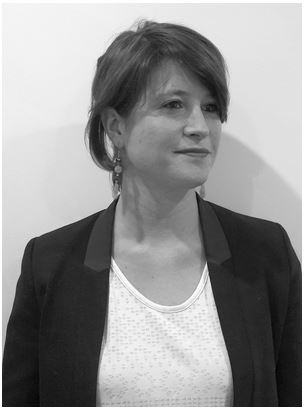 A venerable Italian auction house is making a major move into the field of books, manuscripts, and engravings. Il Ponte (the Bridge) Auction House has been conducting sales in Milan since 1974. Its focus over the years primarily has been art and other luxury items, such as jewelry and fine furniture. Books and related material have also been a part of the mix, but a smaller part, offerings included in auctions focused on other items. However, Il Ponte has made a major hire to head the department, and on May 22, will be featuring its first auction devoted entirely to books and related material.

Il Ponte recently hired Stefania Pandakovic to head up its Department of Books, Manuscripts and Engravings. For Ms. Pandakovic, it is a return home. She was born in Milan, educated in Milan, Venice, and Madrid. She speaks fluent English, Italian, and Spanish. Nine years ago, she moved across the Channel to London to serve as a specialist in the field of books at Christie's, with a particular eye on early Italian books. She had been at Christie's ever since until her recent move back to Milan to head the books department at Il Ponte.

We asked Ms. Pandakovic about her background, the expansion plans of Il Ponte, and about the book field today in Italy. She told us, "I just moved back from Italy after spending nine years in London and working as a specialist in the book department at Christie's with Meg Ford and the rest of the team there.

"Working at Christie's London for the last eight years, I have of course been able to experience directly the importance of the Italian book market globally. Italy remains internationally one of the strongest countries in terms of consignments and for its tradition in printing and collecting. During the last years the domestic Italian market has suffered somewhat, but the challenges have also pushed for much needed reforms both in terms of regulation and in the market.

"At Il Ponte we strongly believe that the domestic Italian market has a huge potential for the next years, hence the decision to expand our presence, taking advantage of the fact that we are the largest auction house in the strongest and most international of the Italian markets: Milan.

"Italy is never short of supply of great books and collectors and our challenge will be to attract interest from international dealers and buyers. This is where my experience in the field will be key. Italy has, like many other European markets, rules on exports to preserve the cultural heritage, but I have learned that these are not to be feared and that with the right support and following the correct procedures, the grants of export can be obtained."

Looking to the future, Ms. Pandakovic explained, "Our plans are to start having specialized auctions of rare books, manuscripts and engravings in our historic Milanese Palazzo in Via Pontaccio (Brera district). Our first auction will be on May 22 and we will also keep having regular auctions of books as part of larger auctions in our second branch in Via Pitteri (also in Milan).

"The offerings will depend from auction to auction but they will generally be specializing in various types of books from early medieval manuscripts and incunabula to modern first edition and livres d'artistes."

Il Ponte will, naturally enough, accept written and telephone bidding, enabling collectors from all over the world to bid without leaving their homes. We look forward to including their auctions and the lots offered in our auction calendar and in our upcoming auction search and Matchmaker matches.