Does history predict the future? 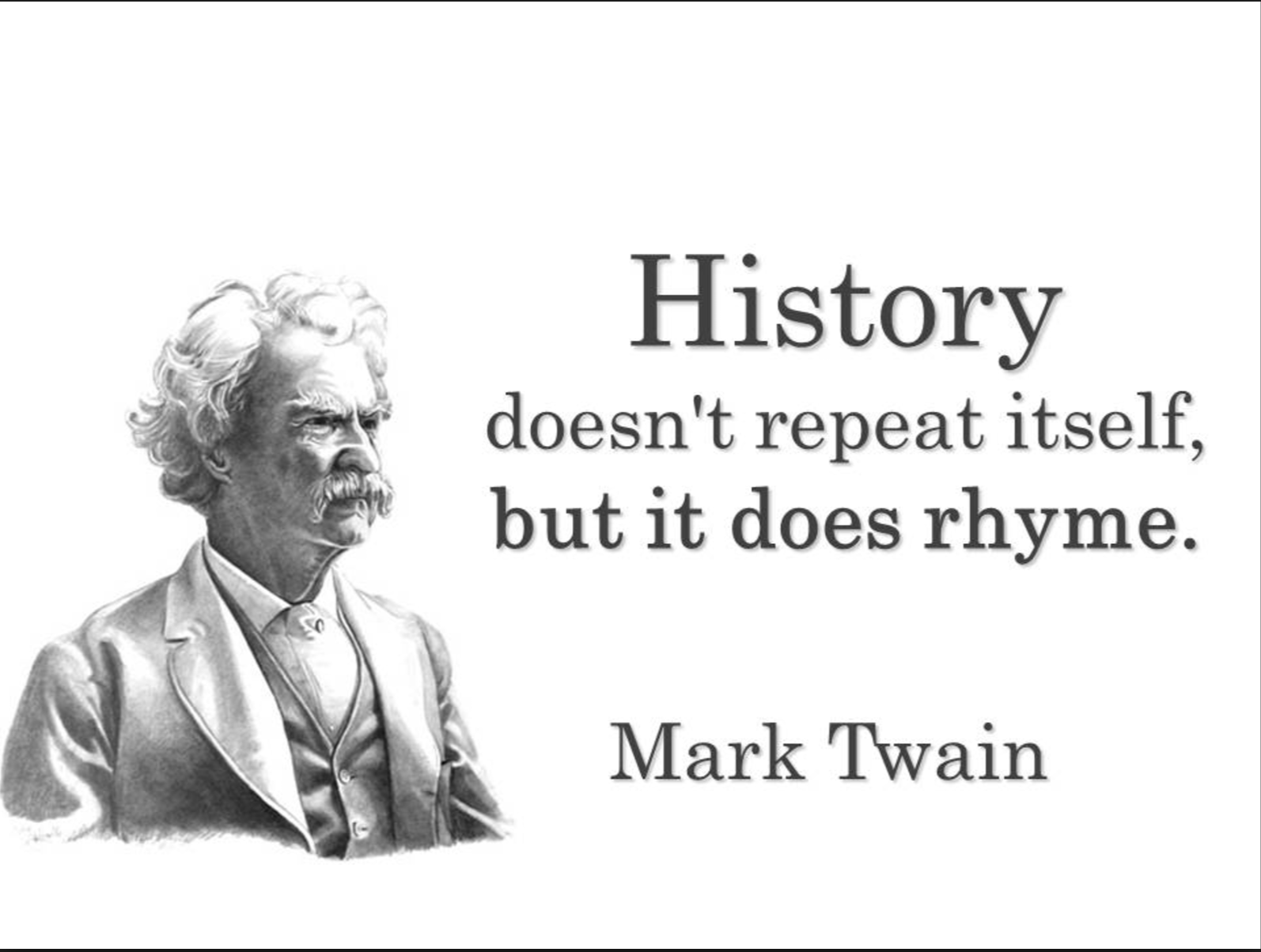 Mark, come to Ulster County and we'll show you otherwise!

If you look at a slice of history, at a single area with very strong records, and if you then document in full text and cross index a fair approximation of all related printed and manuscript material including letters relating to that area, do you believe that 350 years of such history (1665 to 2015) would be sufficient to represent essentially the complete human emotional experience? If that can be reflected over 17 generations, then Ulster County will provide the Petri dish. I believe a complete understanding of that history would show patterns of repetitive and therefore predictive behavior.

In other words, though humans live complex lives in evolving environments; many instinctively believe that the full range of human behavior has already been experienced and that the patterns of those behaviors will be visible upon in-depth investigation.  And if so, what’s the research challenge?

Historical records of human activity exist in many parts of the world, but a particularly rich area for research is Ulster County, and in particular Southern Ulster County, in the State of New York.  The ten communities* of Southern Ulster County that have long been home to careful record keeping, an educated population, committed historians, and a highly visible and relatively narrow historical focus.  This area is alive with local history collecting organizations so an unusually significant proportion of newspapers, ephemera and manuscript material has been safe guarded.

Within this material are the stories of tens of thousands of people, embedded in newspaper stories, town and county records, their written correspondence and diaries, their lives and exploits known or suggested.

Ulster County is a place where, if 350 years of history is enough and because its history has been long prized, copied, recorded and collected, it will be possible to create a predictive model --- one that perhaps will help future generations around the world avoid mistakes and errors that predictably occur and reoccur in human society.

This is possible in Ulster County because there are libraries, historical societies, county, town, village and non-profit organization historians, all of whom have something important to contribute to our understanding of recurring patterns in human behavior.  In some sense all those who have believed history to be important may finally see the payoff for their decades of research and collecting.  We cannot predict specific events but we can capture the history of expended emotions, and see patterns of recurring behavior that, taken together, become predictive and therefore important.

Then, how can this be done?

There are four categories of information to be gathered.

Gathering the conventional data into a high-speed database is a manageable project that will require the participation of many people.  There are probably about a hundred printed sources and two to three hundred volumes that can be readily converted into searchable text, chief among them its newspapers, formal histories and directories.  There are also thousands of other printed documents that together can provide a deeper understanding of life as it evolved.  To these we then need to add private manuscript material.  Personal observations will be crucial for they will tend to be more honest expressions of emotional reactions to life.

To these we then need to add county, town and village records to see land purchases, sales and foreclosures.  Were people of all ethnicities treated the same?

Jail and prison records will, in a matter of fact way, confirm changing social and political assumptions of socially acceptable behavior in each era.

And languages, before Ulster County spoke English it spoke Dutch.  A history of the spoken languages by location, class, and perhaps color, would recast our assumptions about how people lived.

And length of life – how long people lived, by color, and gender and era.  We assume that lives over time became longer.  But is this true and if so, was it true for everyone?

And cemetery records, what do these records show?  And the placement of graves, segregated or integrated, and by era, how have the underlying burial rules, customs and assumptions changed?

And the impact of wealth – how did it affect life and for people who had less, what if any price in length of life did they pay?

And causes of death, what will they tell us?

To all this and more we then particularly need manuscript material.  What did people say, to whom did they say it, and how did they say it?  Did people write their views contemporaneously or more often later?  Were immediate views later amended once emotions had cooled?

What would all this data be worth?  For what purposes would it be collected?

It seems obvious that if a deep database is created we will have a unique tool that will be used in a generic way because as I suggested at the outset, our behaviors, irrespective of our locations, recur.  So while what happens in Vegas stays in Vegas, what happened in Ulster County may very well illuminate behavior in other times and places.

This is a complex project that can be handled with conventional databases but it should also be possible to use relational database software to measure not just facts but also the relationships between facts.  That would permit everyone with a specific interest to analyze the data and find unexpected variations and anomalies in comparison to current expectations.  In that way this Ulster County historical database project would be relevant to everyone looking at the full range of human behavior.

It is of special interest that during the 20th century the Hudson Valley was home to one of the greatest business achievements in world history, the rise of IBM Corporation that was based in nearby Dutchess County and had some of its facilities in Ulster County.  The company moved down river to Armonk some forty years ago but never completely left for their roots in the Mid-Hudson Valley are deep.  In the past decade they developed what may be a crucial tool to breaking the code of history:  Watson, software that plumbs deep data connections, software that simulates human intuition.

Now, if the historical resources of Southern Ulster can be pulled together and IBM agrees to contribute its best thinking about using databases, perhaps it’s databases, we have an opportunity to make some history and much more importantly, make a difference by focusing on the emotional component of human actions over a long period of time.

George Santayana wrote, “Those who cannot remember the past are doomed to repeat it.”  But actually he was only half right.  Comparing public actions misses the point.  It is the history of our emotions that predict behavior and in Ulster County we have the resources, if not yet the demonstrated will, to pull the essential facts together.

In Ulster County we have the rare opportunity to change the way people understand the past and its relationship to the present and future.  There is no saying this will be so but I grew up there and I remember being told that if there is also a way.

This is it.  This is the way forward.

Bruce McKinney can be reached by phone at 877.323.7273 and email at bmckinney@rarebookhub.com