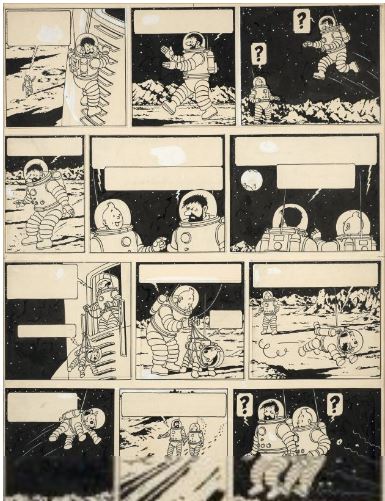 Now that the new year has arrived, it's time to look back at the old. Once again, we have tallied the Rare Book Hub Top 500 highest prices paid at auction in the books and paper field for the past year – 2016. Each individual item is something of a curiosity, but taken as whole, these lists can tell us something about the market. Perhaps we should specify about the top end of the market, because most collectors will never purchase anything in this range. With this kind of money, they will purchase something more practical, like a house.

We again find some of the notable names in history, literature, and science making multiple appearances on the list. It's reassuring to see some of these great people are still appreciated after all these years. We find Shakespeare on here 6 times, Darwin 8, Newton 7. Washington, with 7, edges out Lincoln, with 5. Last year's leader, John James Audubon, made 16 appearances, four more than last year. One might describe his items as "leaves," as they are leaves from a book, but in reality these are plates, illustrations taken from his magnificent first edition of the Birds of America. However, 16 was not enough to be the leader in 2016. It wasn't even close. That leads us to a notable trend in collecting that has developed over the past decade. Some will find it disappointing, even disturbing, while others will leave it to the market to decide.

This year's Top 500 is flooded with items relating to comic books. A decade ago, including them on a list with books and works on paper was an afterthought, only a few such items at most ever appeared. With a generation that grew up on comics now making it to the age and income bracket that allows it to collect at the highest level, action superheroes and other less extreme characters fill the upper atmosphere of collecting. Everyone knows Superman and Batman, and they are a regularly near the top, but today many of the comics take an aficionado of the art to recognize. And then there comes the man at the top of this list by a wide margin. Many, particularly in America, may not even know his name. With a stunning 26 items on this list is Belgian George Remi, better known by his nom de plume, Hergé. If this were a Top 510, he would have had 29. Hergé was the creator of Tintin, admittedly very popular in France, and yet this number seems ridiculous. Shakespeare has never come close to this kind of literary success.

Much of what appears from Hergé and other comic creators is original art. Perhaps such should not be included in this list. Maybe it now takes too much space, but the reason for their inclusion arises from the days when few books on this list were preceded by the word "comic." Manuscripts and typescripts by authors were always included, as were illustrations for books. Who wouldn't have included Arthur Rackham, E. E. Shepherd, or even Dr. Seuss book art on such a list? They didn't make it this year. Now it means Hergé or Frank Frazetta. Consistency rules. At the end of this article, we will review a bit more as to what qualifies, and does not qualify, for this list.

Many of the Hergé items on this year's list were original artwork for Christmas and New Years cards (carte neige) he drew in 1942. This was wartime in Belgium and survival meant not doing anything that upset the Nazi occupiers too much. He had to be rather bland. Astonishingly, these all still took in amounts well into five figures if not more. A few other items included on this list might also appear marginal, but the connection to books and manuscripts is unmistakable. Three sets of doodles and drawings by Ronald Reagan appear on the list. If a manuscript from President Lincoln or Washington qualifies, why not a manuscript from President Reagan? Or how about a Nobel Prize medal? Not a work on paper, but if it is the Nobel Prize for literature awarded André Gide in 1947, how can we leave it out? Or how about this one, the piece de résistance of this list? For a mere $394,000, some lucky soul got to keep the chair used by J. K. Rowling while she wrote the first two Harry Potter books. Take a seat and see if it inspires you.

477. President William Henry Harrison appoints a U.S. Attorney for Louisiana. Harrison is hardly our most important President, but anything signed by him as President is extremely rare as he died only 30 days after taking office. $74,938.

387. An autograph manuscript by Isaac Newton on abstaining from consuming blood. While one of the greatest physicists and mathematicians who ever lived, Newton also was very learned on theology, particularly later in life. He took his bible seriously and literally. $83,425.

360. Retained copy of an unsent John F. Kennedy letter circa October 1963 from the White House to old friend Mary Pinchot Meyer, inviting her to meet him in Washington, Cape Cod, or Boston. Allegedly a JFK lover, he writes, "You say that it is good for me not to get what I want. After all of these years—you should give me a more loving answer than that. Why don’t you just say yes." It was only a little over a month later that he was assassinated. She too was murdered the following year, a murder that has never been solved. $88,970.

273. A 1768 broadside letter from John Hancock rallies opposition to taxes "imposed upon the people, without their consent." King George wasn't listening. $112,500.

10. On a marché sur la Lune, the 26th and highest ranked Hergé item. Tintin reached the moon 16 years before Neil Armstrong. The boards are for this April 1, 1953, comic where Tintin and friends experience weightlessness and observe the earth in the sky (see image with this article). $1,646,511.

9. A Wycliffite New Testament in the later translation to Middle English from the first half of the 15th century, a manuscript bible, naturally. This copy was once owned by Antarctic explorer and author Apsley Cherry-Garrard. $1,692,500.

8. The "authorized edition" of the Emancipation Proclamation, signed by President Abraham Lincoln and Secretary of State William Seward in 1864. One of 27 known surviving copies of a print run of 48, printed to benefit the Sanitary Commission. Check your attic to see if you have one of the 21 missing copies. $2,170,000.

7. De libris revolutionum eruditissimi viri...Doctoris Nicolai Copernici… Narratio prima, by Georg Joachim Rheticus, published in 1540. Rheticus is not a household name, but this was the first printed account of Copernicus' heliocentric theory of the universe – the earth revolves around the sun, not the other way around. Rheticus was a disciple of Copernicus, who permitted him to publish the latter's manuscript. $2,400,420.

6. An extremely rare manuscript copy of the Thirteenth Amendment to the U. S. Constitution, published in 1865. It outlawed slavery. At the time it was still a resolution, adoption still almost a year away. This is the second item in the Top 10 whose value is determined by both its historic importance and the fact that it was signed by Abraham Lincoln. $2,410,000.

5. Hortus Eystettensis, by Basilius Besler, published in 1613. This is an extra-illustrated, contemporarily hand-colored copy of what was described as "the most celebrated florilegium ever published." For the record, a "florilegium," literally a gathering of flowers, refers to a collection of literary extracts. This spectacularly illustrated florilegium is a botanical work, sixteen years in the making. $2,548,260.

4. Comedies, Histories, and Tragedies, by William Shakespeare, published in 1623. This is, of course, what is better known as a First Folio. Published just seven years after the author's death, his friends gathered 18 of his plays, almost half of which would have been lost forever were they not preserved in this book. $2,755,515.

2. Philosophiae naturalis principia mathematica, by Isaac Newton, the first edition, published in 1687. This one vies for the right to be called the most important scientific work ever published. Newton describes his laws of motion, gravity, etc. Copernicus and Galileo described what was happening in the universe; Newton explained why. $3,719,500.

1. The autograph manuscript for the Second Symphony (the Resurrection), the complete work (83 pages), by Gustav Mahler, completed in and dated 1894. This was described as "the greatest autograph music manuscript to be offered at auction for nearly thirty years." $5,682,812.

Note on what appears on this list: first, when compiling a list of 500 items from close to 200 auction houses, it is possible that something was missed, or results were posted too late for inclusion. If so, it won't be many. Now, for the thornier issue – what qualifies for this list? The question is not as easy as it sounds.

Naturally, books and manuscripts of all sorts qualify. Pamphlets, broadsides, posters, and other printed and manuscript matter qualify. To this we add original artwork prepared specifically for a book. As noted earlier, comic books are included as "books." While comic books and even baseball cards appear on this list, we do not follow the specific comic and sports memorabilia online auctions, so these categories may be incomplete. They appear where included in more traditional auctions.

The hardest categories to evaluate are prints and photographs. Prints are works on paper, and we include many. However, if we included all prints, Warhol and Picasso would dominate this list year after year. The amount of money spent on their prints, let alone original art, is astronomical. However, this site is focused more on books and information than on art, which generates prices such as to make a First Folio look cheap. Such is the way it is. So we attempt to limit prints to those of a historic nature, or those designed more to convey information than beauty. The parameters for photographs are similar. Photographs as art also generate spectacular prices, but this site is not really about art. Therefore, we limit photographs to those of a historical nature, either depicting events rather than beauty, or those which are historic because they come from the first years of photography.