Stolen Comics Recovered When Thief Attempts to Sell Them 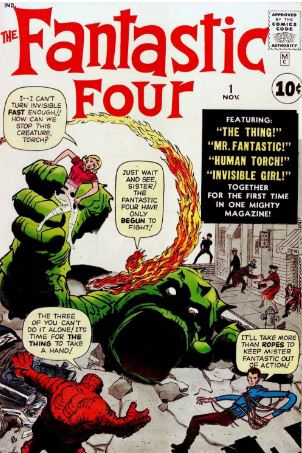 The rare book trade has an extensive system in place to locate stolen books when the thief attempts to sell them. Organizations such as America's ABAA and similar groups overseas provide information about thefts and databases of stolen books for which to be on the lookout. The Rare Books and Manuscripts Section of the American Library Association does the same. Recently, England's ABA, along with one of its members, participated in identifying books stolen from the London Library over half a century ago (see other article in this month's Rare Book Monthly). The comic book field does not have such an extensive organization in place. Nonetheless, through the Vancouver Police Department, a notice went out to shops selling collectibles in the Vancouver, British Columbia, area, to look for some stolen comics. Eleven days later, most were recovered when the thief attempted to sell them to a local shop.

According to the Vancouver Police Department, someone broke into a 100-pound safe in an East Vancouver home around noon on October 17. They walked out with a handful of comics. The pièce de résistance among them was issue number 1 of The Fantastic Four. For those unfamiliar with the Fantastic Four, they are The Thing, Mr. Fantastic, Human Torch, and Invisible Girl. My guess is these are all fictional characters. This first issue was released for November 1961. It sold for 10 cents at the time. Apparently, a copy in pristine condition can go for over half a million dollars today. Remember how our parents told us to stop wasting our money on comics and put it in the bank? You'll earn 3% interest? I think this returned 10,000,000% per annum (uncompounded), but perhaps I got the number of zeros wrong. There are so many. So, who do you think was smarter now?

Eleven days later, the police reported someone walked into a collectibles shop with the first issue of The Fantastic Four and some of the other comics. The shop owner had been among those notified by police to be on the lookout and immediately recognized what was being offered. These days, most people running a comic book shop would automatically be suspicious about someone walking in off the street with such a valuable item. It is like walking into a bookshop with a First Folio. Red flags go up. It is not clear whether this shop was familiar with the Fantastic Four or was solely relying on the police notice, but whichever, the owner quickly secured the comics and called the police. The suspect fled. The police were still looking for him at last report, and some of the comics are still missing, but the most valuable ones have been safely returned.