Another Library Plans to Sell Books to Raise Funds, But This Time With a Twist 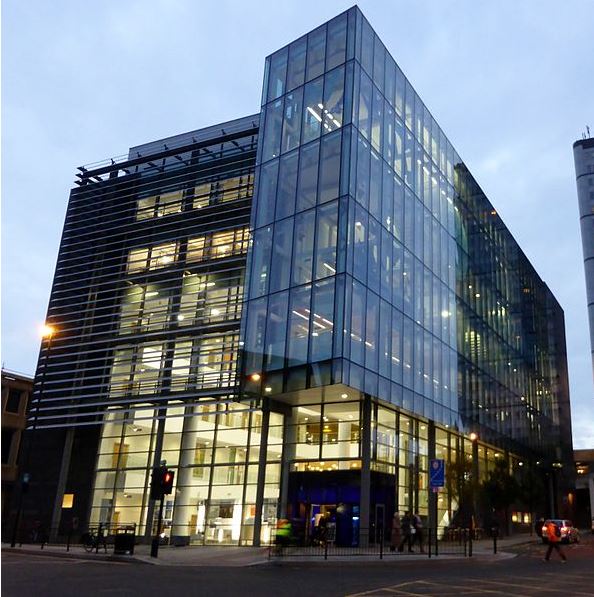 Another case of a library seeking to pare its collections for financial reasons comes from Newcastle Upon Tyne, in England's northeast. This is a story we have heard before, though this time it has an unusual twist on how the library hopes to balance its budget.

Newcastle's City Library is certainly a source of pride for the community. A new, modern structure, begun in 2007, it was completed in 2009. Of course, we all know what happened to the world economy between those two dates. Governments have been struggling with budgets ever since. Meanwhile, usage of libraries has been rapidly shifting. Electronic resources have greatly replaced physical ones, printed books more and more taking a backseat. Libraries often have reams of old printed books that are rarely ever used. They require space and maintenance, not inexpensive, in a time when funds are being reduced. It's a conundrum libraries everywhere face.

The fifth floor of the library contains what is known as the "cultural stack." It holds many of the books the library has been accumulating from as far back as 150 years ago. The City Council wants to cut it back. The decision is not based on some sort of desire by the council to cut collections and services. Rather, it is dealing with substantially reduced funds coming from the British government to fund its services. Many cuts, including of employee salaries, are under consideration to deal with the shortfall. Newcastle has a Labor government, a party, naturally enough, focused on the rights of labor, but still, salaries and bills must be paid, and funds to pay those bills are drying up.

What makes this case somewhat different from most is how the library hopes to benefit from reducing its collections. The books it seeks to dispose are not likely to be notably valuable. There are no million dollar books to help balance the budget. Nor is there a particular need for the space for other library services. Ideally, they could just leave the books there indefinitely. However, the city council needs more funds to operate the library, and space in this beautiful new building in a good location is a valuable asset. They want to clear out the fifth floor so they can rent the space. The council has estimated the space can bring in £110,000 (US $135,000) in annual rents. Every pound helps, and 110,000 of them helps even more.

What is in these stacks and what criteria will be used in deciding what stays and goes? First, here are the criteria. The City Council policy is books should not be kept simply because they are rare. They should, for the most part, be of local significance. They can be about the area, written by a local author, or some other such connection. However, books part of a collection of national significance will also be kept. Also, they should be of some general interest, and be in good condition or planned for repair.

Next, we need to look at what is in the stacks. This has not yet been done in any detail. A few examples were cited. A copy of The Basic Writings of Sigmund Freud from the Modern Library was shown. We found 243 copies offered on AbeBooks right now. Two hundred are priced under $22.50, five under $2, the lowest $1. We are not sure of the editions, or even if there were more than one, but 1938 first editions are among the dollar and change copies. This is not a valuable book.

There is also said to be much classical literature and editions of Shakespeare. Some editions may be valuable, but I suspect that much is of little value. Even if purchased 150 years ago the library was not filling their shelves with First Folios. Other things may be intriguing, such as British patent abstracts from 1617, but as an orphan set in Newcastle, it's unlikely to have much practical use. There is probably a better place for this.

The plan is to bring in "experts" to evaluate what is in the collection. Books and periodicals appropriate to the library in keeping with its criteria would be moved up to the sixth floor with their more valuable collections. Items not appropriate but of value would be sold. Others will be given away to other libraries or historical associations if wanted, or otherwise disposed of. Evidently, the library recognizes that there are books here that really are of no financial value.

This plan is not without controversy, as are all plans by libraries to dispose of some of their old books. Local playwright Lee Hall was quoted by the Newcastle Chronicle as calling this a "philistine response" to government cuts. He added the biting remark that the library would become a "vast atrium for a few computer terminals." While also describing it as a "panic" in response to "unjust cuts from the central government," that still doesn't resolve the dilemma with which the City Council has no choice but to deal. The cuts may be unjust but they are real, and some services will have to bear the brunt, even if they don't deserve it.